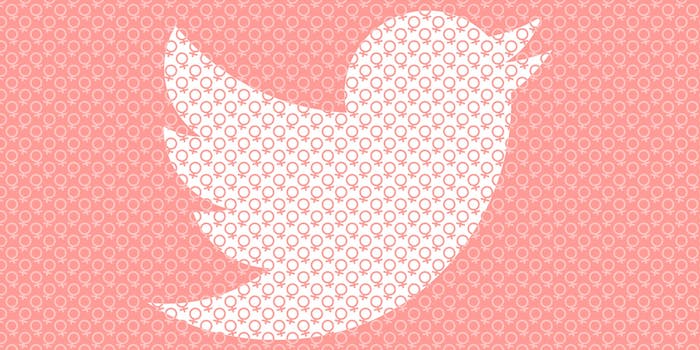 How one former journalist is disarming the trolls.

During a reception for Women’s History Month hosted by President Barack Obama on Wednesday, he spoke before a room of some of the most powerful women alive. In his remarks, Obama addressed the imminent threat of online harassment for women, shining a light on its importance.

And while she wasn’t present at the White House gathering, Michelle Ferrier understands what it’s like to be harassed better than most—and that’s why she decided to do something about it.

2. @POTUS: The internet is interwoven in our lives – women deserve to exist freely & w/out fear on the internet #onlineharrasment

At the Women’s Media Foundation hackathon for women news entrepreneurs in January 2015, Ferrier, the associate dean for innovation, research, creative activity, and graduate studies at Ohio University, came up with the idea for Troll Busters. It’s an online service meant to help women, mainly writers and journalists, combat the so-called online trolls who attack, harass, and threaten them on a regular basis.

If a woman writer is experiencing harassment on Twitter, she can head to the Troll Busters’ site and report the incident. Volunteers or staff will typically respond to incident within an hour or so by “firing a warning shot,” as Ferrier told the Daily Dot. This means tweeting something at the person who reported the incident to let her know the Troll Busters are there and ready to look out for her.

Troll Busters is funded by a $35,000 grant awarded by the Knight Prototype Fund. A mixture of paid staff and volunteers keep things running basically 24/7, because you never know when a troll might strike.

It wasn’t originally Ferrier’s first idea, but Gamergate—an organized backlash by male gamers against female gamers and journalists—was in full swing at that time. She realized that was her hook.

“Here I am watching all this Gamergate stuff on my Facebook feed, and it started triggering my own emotions about what happened to me,” Ferrier said. “And in the same anonymous way it happened to me, it was driving women’s voices out of journalism. So I proposed the anti-Gamergate solution.”

Ferrier’s experience with harassment didn’t happen online like so many other women, but she acutely understands the terror of receiving violent threats.

Ferrier is a former journalist who lived in fear for many years. As a writer for a newspaper in a predominately white area in Florida, Ferrier made a splash as its first African-American columnist. She and the other columnists were the only staffers to have their photos featured in print, which opened them to the ire of the masses. They’d routinely receive physical hatemail at the office or home, but Ferrier became one person’s specific target. 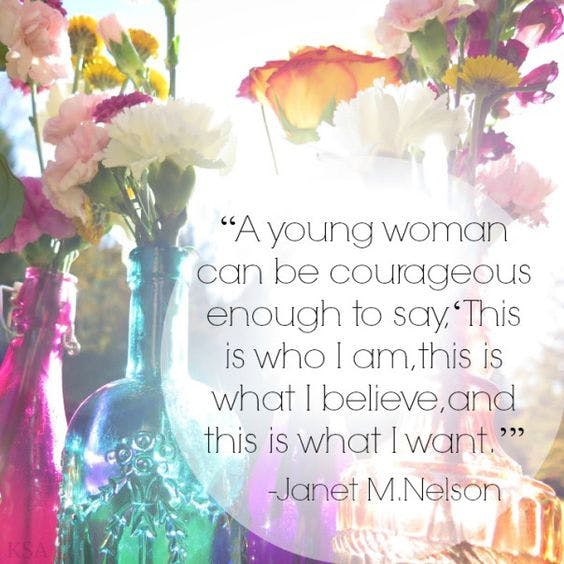 But after taking a closer look at the letters she repeatedly received, it dawned on her that this wasn’t a lone, disturbed man. She found that “not only the language and threats, but also that the letters themselves made me believe this person was part of an organized hate group and that this was something an organized hate group was doing to to put me in fear and intimidate me enough to stop writing.”

For three or so years, the threats continued to roll in. She tried to involve local law enforcement. “The police said they were investigating, but there was no evidence of an investigation,” Ferrier said.

Because of law enforcement’s inaction, she was forced to do her own investigating, began disguising herself, taking different routes to work, and even learned to shoot a gun. In the absence of knowing who or what she was fighting, she had to be ready for anything. But in 2010, she received what would be the last letter from her harasser, and she finally had enough.

“My students thought we were in post-racial America.”

“I called my husband and said ‘I just can’t do this anymore,’” she said. She packed up her family, moved to North Carolina, and started teaching at a small private university in an attempt to move on from the previous year’s horrors. However, a racist incident on the mostly white campus—which involved a car full of men shouting the N-word at a black female student and attempting to hit her with the vehicle—reminded her that trolls and bullies exist in every pocket of the world, and looking the other way would do nothing to assuage it.

That’s when she decided to share her past with her students.

“My students thought we were in post-racial America,” Ferrier said. “By the time I finished telling my story and what happened to me, half the class class was in tears.” But she wanted to make sure that a broader point was being made, and that it was not just an isolated experience of someone the students respected. “This is not about me. I want you to think about how you can make a difference and what we can do as bystanders and targets,” she told them.

Ferrier would eventually end up in Ohio where she resides. And at the hackathon, she once again drew on her painful past to make a broader point and impact a wider audience. 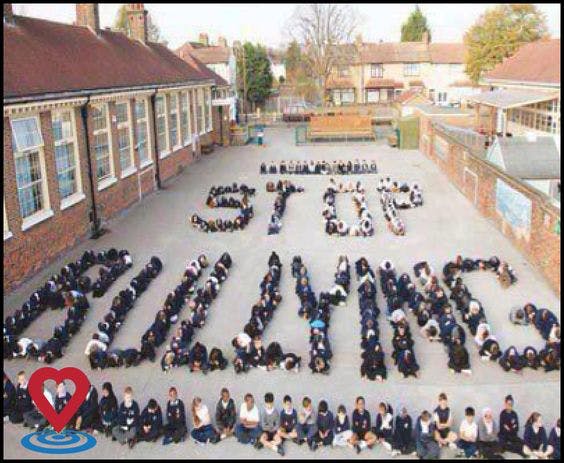 This service has no impact on the trolls themselves, other than them seeing that an arbitrator is involved. The Troll Busters never respond to the harassers’ comments, no matter how vitriolic, and instead focus on providing support for the target of abuse. They’ll send inspirational quotes, safety tips for dealing with harassment, and general words of encouragement to remind women in the public eye who speaks their minds that they shouldn’t be ashamed and they’re not alone.

Ferrier’s experience shaped this approach to conflict mitigation. During the dark days in Florida, one of her faithful female readers could tell from her writing that something was up. The two ended up speaking, and her reader offered up her own family’s home as a safehouse for Ferrier, her husband, and children.

“It was a twist, that I was wasn’t going to try and track down who did this stuff. I wanted to come up with something that supports the target.” Ferrier said. “What can we do to support targets and keep them online?”

Other resources have popped up, of late, to make women or anyone oppressed online feel more safe. The Women’s Media Center launched its Speech Project in February, spearheaded by Soraya Chemaly and Ashley Judd. Chemaly, a writer and activist, and Judd, the well-known actress, both experienced cyberbullying. Their project aims to put a name to the type of harassment a person is experiencing which has shown to help combat it.

Anita Sarkeesian, one of the focal targets of Gamergate, and activists Renee Bracey Sherman and Jaclyn Friedman created a safety guide called “Speak Up & Stay Safe” in December. Their extensive experience with trolls made them the perfect people to provide guidance.

“Every day, women of all ages and all backgrounds and walks of life are speaking out,” President Obama said at the reception on Wednesday, as Cecile Richards, Nancy Pelosi listened. “And by telling their stories, by you telling your stories, women are lifting others out of the shadows and raising our collective consciousness about a problem that affects all of us.”