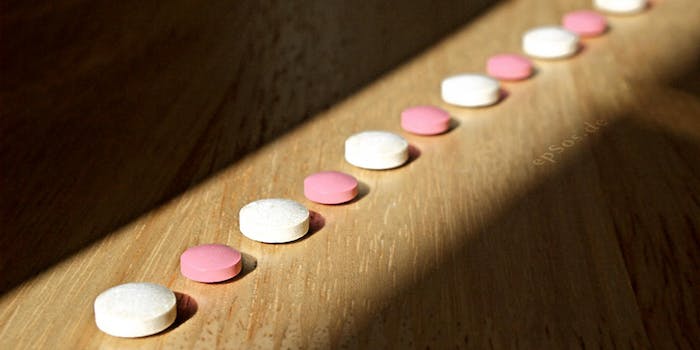 Meet Tripsit: They know a lot about drugs, and they’re here to help

Be it a bad trip or some ideas of what to do on acid, Tripsit will get you through it.

On Dec. 26 of last year, a bunch of trippers on the Internet saved the life of a complete stranger.

The man went into an online chat room with a confession. He had taken a large number of Xanax, wandered into his local pub, started drinking heavily, and was waiting to pass out in the hope that he would never wake up.

In most random corners of the Internet, such a confession likely would have been met with an incredulous shrug or the flood derisive snark that’s so often comes in response to an obvious plea for attention. But the man didn’t wander into just any IRC chatroom, he came into Tripsit—a forum staffed by volunteers dedicated to helping people navigate intense drug experiences, both good and bad.

Immediately, the Tripsitters jumped into action. “We take any and all suicidal threats and dangerous drug combinations very seriously and this incident is no exception,” explained Tripsit founder Eric Hoftiezer explained. “For those who might not know, mixing benzodiazepine drugs with alcohol is extremely dangerous. Mixing any two CNS depressants is dangerous since the actions of one CNS-depressant tend to potentiate the other one. It’s not uncommon for users mixing benzodiazepines with alcohol to enter black-out states or even die.”

One Tripsit volunteer messaged the man. She determined that he lived in the U.K. and promptly got his name, location, and phone number. She gave that information to another member who called EMS. As they waited for the ambulance to arrive, she talked to him half a world away, via Skype. When he was told help was on the way, the man became anxious about what he had done. The volunteer reminded him that the Tripsit community had worked hard to help him in his moment of need and they weren’t about to let him down now. She didn’t get off the phone until she heard a paramedic say his name and he disconnected the call.

Tripsit began life as an eponymous community on Reddit in September of 2011. It was a place where drug users could talk about their experiences without fear of condemnation. Eventually, it grew into a repository of information about safe drug use and resource for counseling people through drug trips.

The following year, Tripsit expanded into its own independent website and IRC chat forum because Reddit proved to be an inefficient venue for providing people with immediate assistance.

Hoftiezer said that Tripsit has called ambulances for people, but they’ve never called the police. “There’s no reason to get somebody in legal trouble for possessing or consuming mind altering substances,” he explained.

The goal, he insists, is to avoid a repeat of what happened to Brandon Vedas.

Vedas was a 21-year-old man working in tech support at the University of Phoenix who went into a “#shroomery” IRC chatroom one day under the screenname Ripper, turned on his webcam, and began shoveling prescription pills into his mouth. Other people in the chatroom encouraged him—at least, until they realized he had overdosed. An argument ensued about whether to call 911. But, before anyone actually did anything, Vedas died. All the while, an automated bot repeatedly interjected, “Ripper is a gangster!!!”

Macabre doesn’t even begin to cover it.

Today, the Tripsit subreddit is a mixture of advice about what cool visuals to look after taking a large dose of acid to people in the midst of the bad trip begging for help. It’s also peppered with posts of people thanking the community for talking them through particularly hellacious drug experiences.

Hoftiezer explained that the key to Tripsit is keeping everything as non-judgemental as possible. “The human race has been altering their consciousness since the dawn of time, only recently has this practice been deemed illegal. Making substance use taboo is only causing further harm when these individuals have few or no options to turn to in order to better their life,” he said.

“A majority of these users then resort to different or more potent substances, and the cycle continues. Tripsit is one of the few places in the world where drug users can come to get guidance on how to better their lives, without being cast out as an addict or abuser.”

Correction: The story has been updated to clarify the timeline of the U.K. intervention.