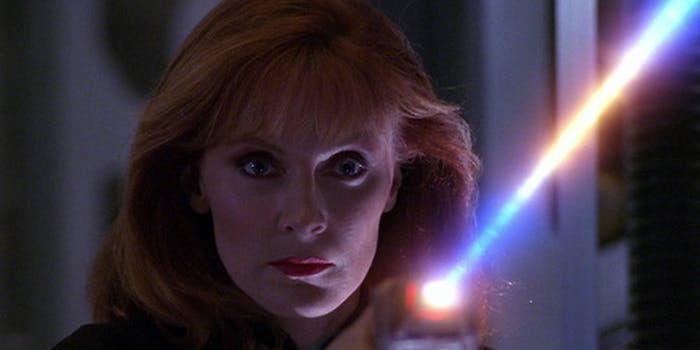 A new Tumblr grades the Star Trek franchise on its attitudes toward gender and race.

In its various incarnations, from The Original Series to the movie reboot, Star Trek has offered a futuristic look at the human race taking to the stars in a society that is supposed to be evolved beyond many of the problems facing our current age. However as the recent controversies over race and the portrayal of women in J.J. Abrams’s Star Trek Into Darkness show, the series sometimes falls far from these expectations.

“Star Trek as a utopian vision creates a vision of how humans will hopefully be in two or three centuries. The fact that there’s still remnants of sexism, racism and homophobia in that vision is unsettling,” Jarrah Hodge told the Daily Dot.

Hodge is the creator of a new Tumblr blog called Trekkie Feminist, where she examines episodes from all the Star Trek TV series—as well as the classic and rebooted movies—though a feminist lens. She defines feminism as “a movement to end sexism, sexist exploitation and oppression,” which is “interconnected with struggles to end racism, homophobia, transphobia, ableism and classism.” The majority of posts so far deal with The Original Series, which Hodge said she wanted to tackle first since it set the guiding principles for future Trek incarnations. 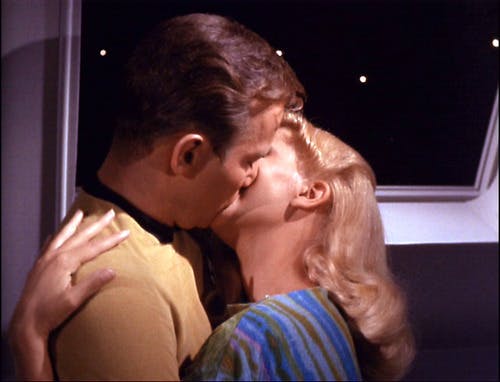 Hodge, who also founded the blog Gender Focus, has so far discovered an unsettling trend in the classic science fiction show. While Star Trek highlights an ideal future that encourages seeking out the unknown and respecting diversity, the show itself doesn’t always live up to these ideals in their representations of women and people of color. According to Hodge there’s a lot of tokenizing and stereotyping even in The Next Generation series, where female characters like Crusher and Troi are stuck in traditional caring roles.

“I think it’s interesting to look at the improvement in representations of women and people of color over time, although it’s arguably been set back in the J.J. Abrams reboot movies,” Hodge said. 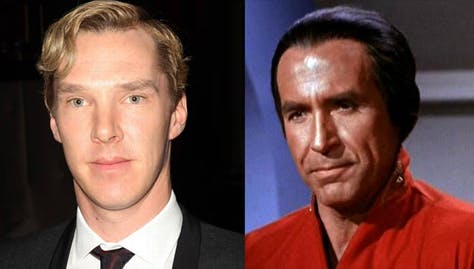 To Hodge, the issues of women and people of color in Star Trek are overlapping, and while the series broke ground with non-white characters like Sulu and Uhura having a presence on the bridge, the series continues to struggle with stereotypes. As Hodge points out, the recent reboot movie sequel Into Darkness was no stranger to these issues. From the whitewashing of iconic Star Trek villain Khan Noonien Singh—originally played by Mexican actor Ricardo Montalbán, but rebooted as British actor Benedict Cumberbatch—to the way characters interact with Starfleet science officer Carol Marcus, the film brought up more issues than it addressed. While Hodge thought the new movie was fun, she was disappointed with its portrayal of women.

“It feels like the creative team has not only borrowed the characters from the original Star Trek, but also its retro sexism. It’s not just the pointless Alice Eve underwear scene but we see it in the way that Kirk and some of the other male characters ogle and talk about the women characters. It’s like they’re only really there to advance the mens’ plots instead of being fully-formed characters themselves,” Hodge explained. 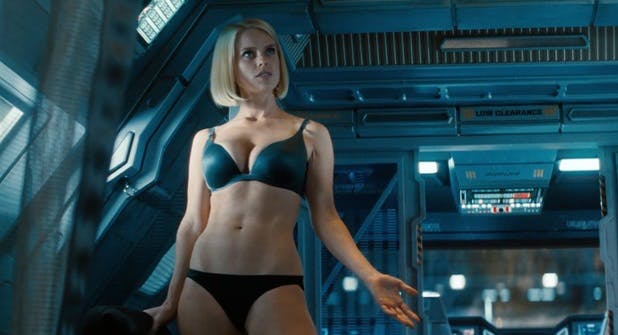 Hodge discovered this movie as well as many of the TV episodes from earlier series fail the Bechdel test, which identifies gender bias by seeing if media features at least two women who talk to each other about something other than a man. As she moves to more recent series such as Deep Space Nine and Voyager, she hopes to find more episodes that pass.

However the failure of the recent reboot to address these issues is disappointing. Hodge thinks a new TV series with new characters would be the best way to improve representations in the franchise. She would encourage creators to include women as at least half the main characters, many characters of color and at least one gay or lesbian main character, with same sex couples also represented around the ship.

“As much as possible, these characters should be complex and multi-faceted. For women, their identity shouldn’t revolve around how they relate to a man,” Hodge said.

Trekkie Feminist highlights Kira from Deep Space Nine as an example of a female character who was portrayed well in the series. Hodge describes her as “a character who has survived and thrived against the odds.” 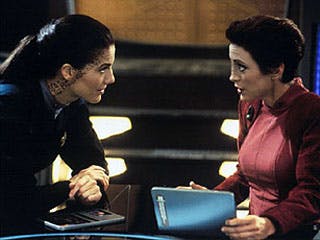 “She manages to be strong and spiritual, principled and practical, smart, funny and respected. She pursues relationships with men but they don’t define her as a person or affect the respect her coworkers have for her,” Hodge explained.

Hodge will continue to highlight these successful representations on Star Trek alongside the failures as she continues her recaps on Trekkie Feminist. She’ll also address the issue of Star Trek and feminism beyond her newly founded blog, taking part on panels discussing these issues at Star Trek Las Vegas in August and GeekGirlCon in October.