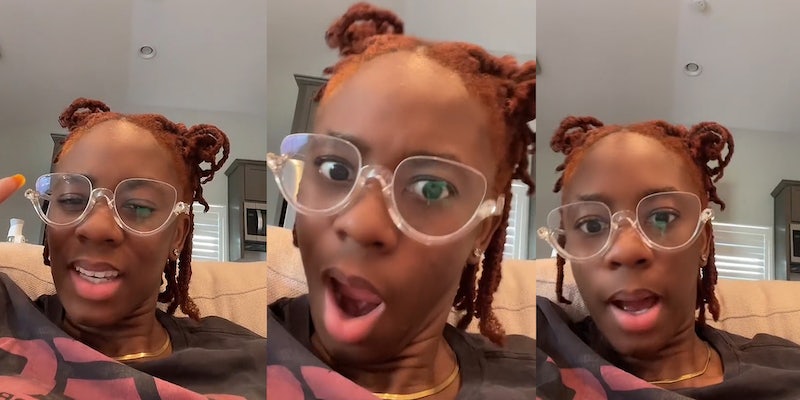 ‘I think she looked out for you. It’s valid advice’: Recruiter says she got ‘toxic’ advice from manager to start saying no to people, sparking debate

'Moral of the story: do the bare minimum.'

A woman on TikTok says she received “toxic” advice from her manager during a performance review, and the advice has sparked a discussion among thousands of viewers.

TikTok user Jasmine Lowery (@jloweryxo) shared the advice by stitching another TikToker asking people what the “most toxic thing” a leader at their company had told them.

Lowery says her last job was working as a recruiter, which kept her “super busy.” She says she was performing extra tasks and doing additional work that wasn’t part of her role and not what she was hired for. Her coworkers told her she was doing great and “killing it.”

“So, review season comes up,” Lowery says in her video. “I’m getting all this positive feedback, I’m exceeding expectations — and I’m not trying to be funny — running laps around every single one of my peers.”

During her performance review, Lowery says her manager told her she did “so good.” But then she added that she really wanted Lowery to learn how to say “no” in the next year.

“No one expected you to ever do all this work, and that’s not the kind of work that’s gonna get you promoted,” Lowery says, repeating what her manager allegedly told her.

The moral of that story, to Lowery, is that workers should do the bare minimum.

Some viewers agreed with Lowery, saying her manager should have shared that advice before Lowery overworked herself.

“The audacity!!!!!” one viewer commented on the video.

Another viewer commented, “it’s this!!!! I literally had a boss that said, ‘it’s really unfortunate that you are such a great employee.'”

“Like y’all could of BEEN told me this. But you let me overwork myself ? Lol and then tell me this is not how I get promoted… a joke,” one comment read. In reply to that comment, Lowery wrote, “Thank you! And let’s talk about who assigned me all this work BARBARA!”

Other viewers thought the manager’s advice was helpful.

“Nah. I think she looked out for you. It’s valid advice,” one user said.

“Idk her tone, but she might actually be looking out. The favorites get promotions and working too much is a good way to get burnt out,” another user wrote.

Someone else said, “That’s not toxic at all! She was telling you, you can cruise and still get paid the same!”

Lowery wrote in reply to the comment, “Watching me [do] the work and praising it, then waiting a year to say this is absolutely toxic.”

In an updated comment, Lowery addressed those validating the manager’s alleged advice.

“Lots of comments about “kindness here”. Your leader giving you advice or feedback isn’t “kindness,” she wrote. “It’s the bare minimum lol.”