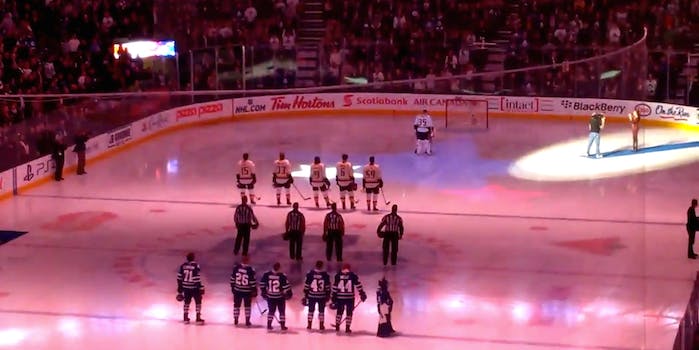 When technical difficulties struck, the audience picked up where she left off.

A lot can go wrong for those singing the national anthem at a sporting event, but when it’s out of your control, the audience may have your back.

That was the case for Michelle Madeira, who performed both the American and Canadian national anthems prior to the Toronto Maple Leafs game Tuesday night. Her audio cut out partway through “The Star-Spangled Banner” due to a mic malfunction; although she continued to sing, the audience  in the rink couldn’t hear her.

Luckily for Madeira, the fans—some of whom may be American—helped her along.

And when it came to singing “O Canada” afterward, the already enthusiastic crowd joined her in that as well.