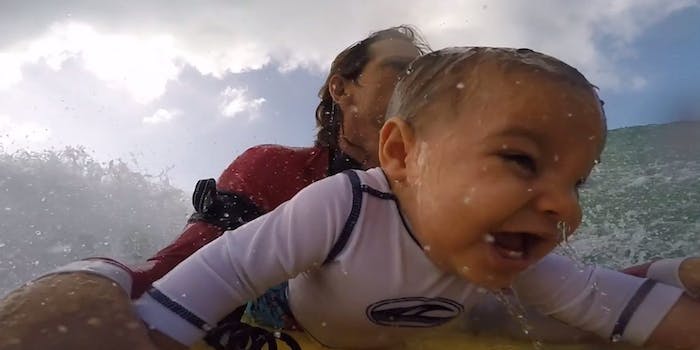 How old do you have to be to compete in the X Games?

A GoPro and a trip to the beach result in what has to be the most adorable bodyboarding video ever filmed. Jorge Tirado and his son took to the waves, and Tirado notes it’s his little guy’s first ride on a board.

The young bodyboarder certainly seems at home on the ocean, and while some of his facial expressions are a mix of overwhelming joy and unparalleled fear, the adventure definitely seems to have made an impression. He’s probably a little young to be competing in the X Games next year, but this trip is probably just the first of many, especially when his father is shooting videos like this one: