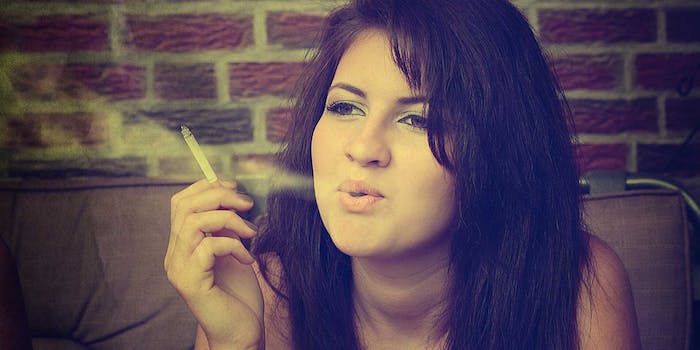 Do smokers get fewer swipes?

One of the reasons people love Tinder so much is that it encourages brutally honest, backlash-free judgement. You swipe right if someone’s hot, and left if you never want to see their face again. Using this idea, an anti-smoking movement took to the looks-based app to see if people find smoking attractive.

The Action on Smoking Health organization created two Tinder accounts of the same, attractive woman, posing in two different pictures. In one she’s holding a cigarette to her mouth and in the other she’s smiling. Over the course of a week, the account swiped right on 1,000 guys. 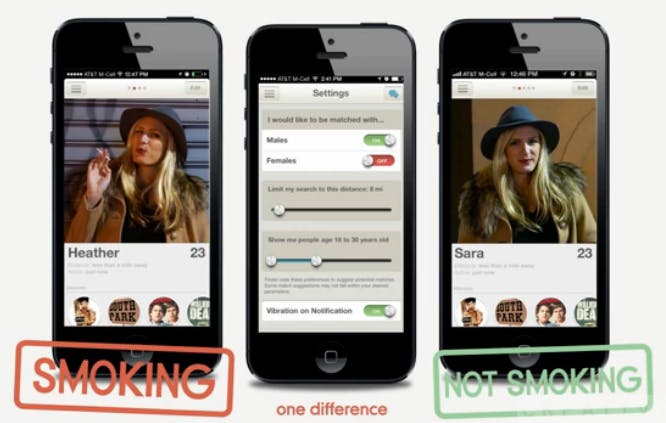 I’d also like to point out that aside from the cigarette discrepancy, the names on the two profiles are different. This could all just be a study proving that ‘Saras’ are hotter than ‘Heathers’, but I’m just speculating here.

Of course you could also argue that the woman just looks better in the picture without a cigarette, or that perhaps men don’t mind a woman who smokes so much as one who chooses a profile picture of her smoking.

Also worth noting is that all of the smoking woman’s photos showed her smoking, not just her profile picture. And in some, she looks sort of miserable and then without the cigarette, super happy. So perhaps the idea of someone who constantly smokes was a turn off. Which you could still argue is fairly superficial (“Oh no, it’s fine if she smokes, I just don’t want her promoting it to the world!”), but you know, so is Tinder.