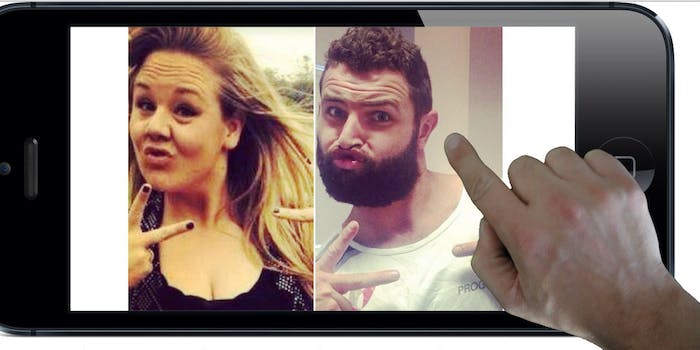 Women posing in photos is funny, for some reason.

A heavily bearded Australian Tinder user has taken it upon himself to recreate the poses of female users he comes across because… we’re not entirely sure. 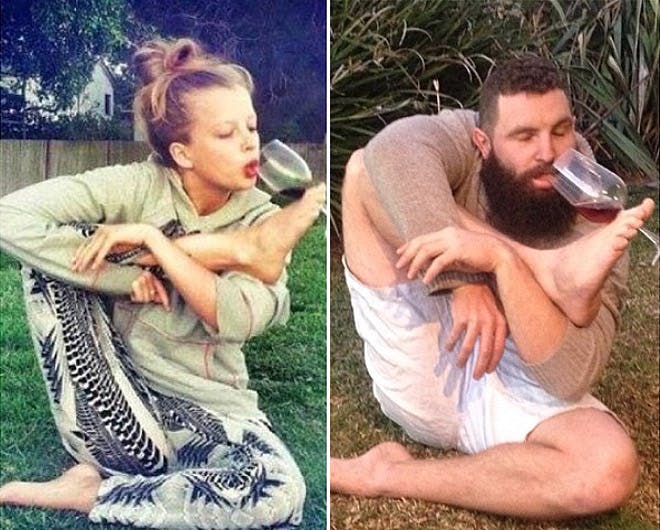 
An Imgur album uploaded to Reddit’s r/funny community showcases the hirsute Aussie parodying some of the more unusual poses of local women he finds on Tinder. In some cases, he even manages to squeeze his larger frame into similar clothing and accessories.

Who is this mystery artist? All we know is that he’s been dubbed the “Australian Jarrod Allen,” in reference to Chicago Bears player Jared Allen. 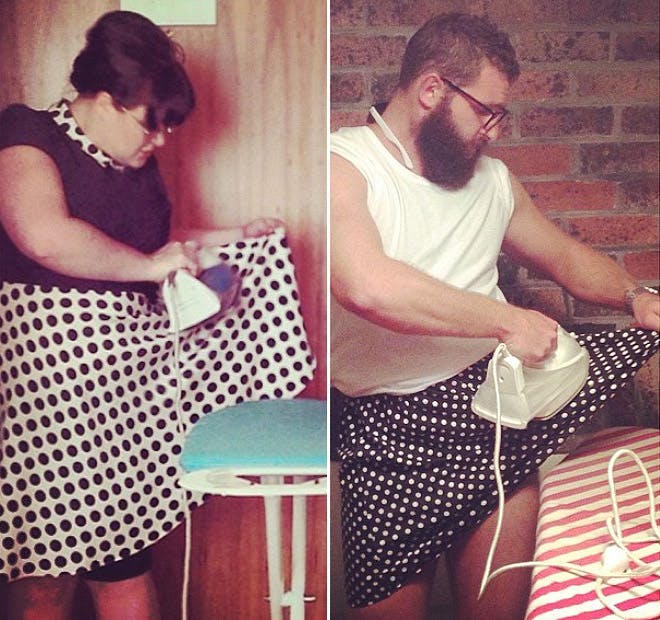 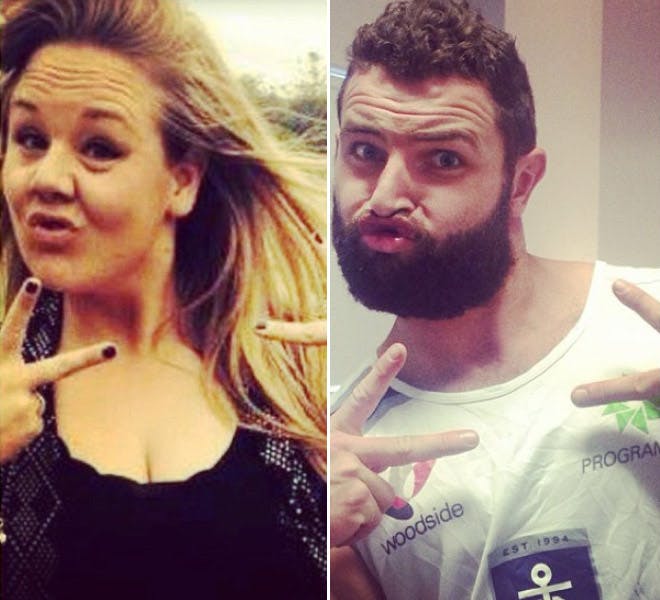 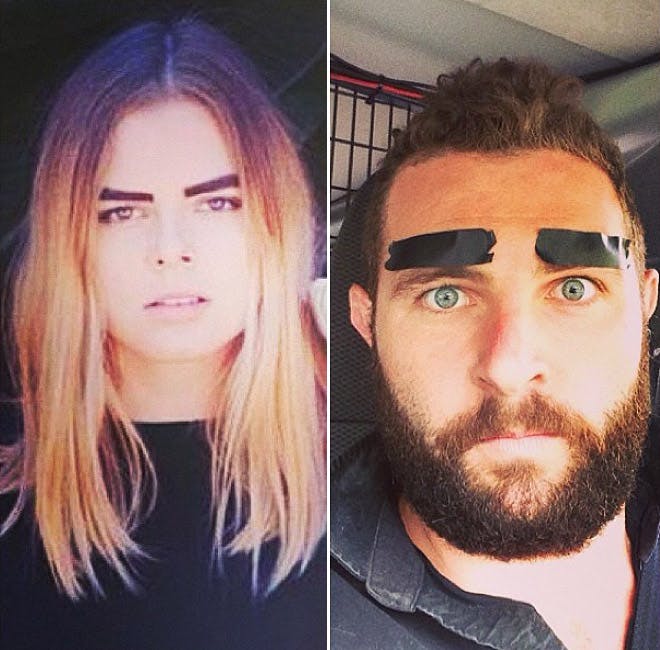 So is he simply having a little fun recreating some of the more creative, and stranger, poses he finds, or is just a troll? God knows we’ve seen enough dudes-do-lady-things Internet comedy to last us a lifetime.

Some redditors were similarly critical:

I don’t understand the point of poking fun at people who’ve done nothing wrong. Yeah, I’m a buzzkill, and I’m being too soft, but it just strikes me as needlessly mean. In contrast, the people who say “SEND ME A THING AND I’LL MAKE FUN OF YOU!” are awesome, like Adam Ellis and his drawings of random people, who literally ask for it. I dunno, I’m just getting sick of people treating each other like shit.

Redditor VelvetJustice summed it up, saying: “…why is he only making fun of the women’s pictures? Surely us men have mockable photos on Tinder as well.”

Redditors specifically called  him out for this image, where instead of mocking a woman’s pose, he’s just targeting… her: 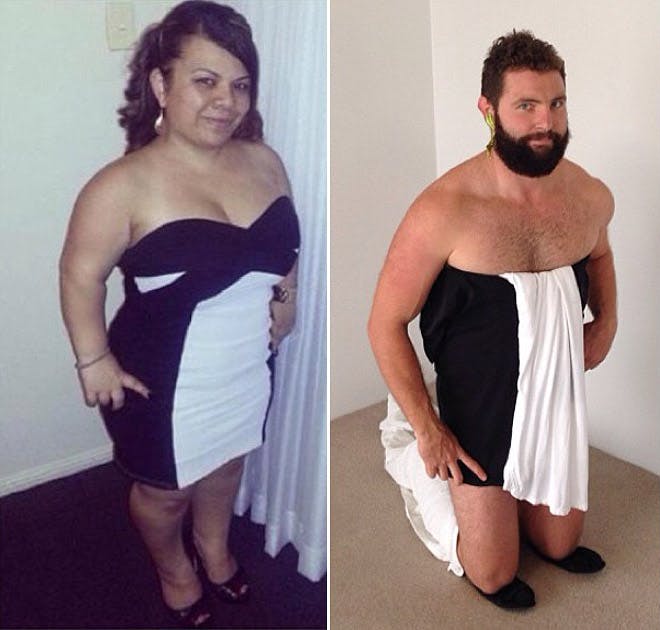 Really, he could have easily avoided most of this criticism. All he had to do was make fun of the people of Tinder, instead of just the women. It’s not like there isn’t plenty of material.