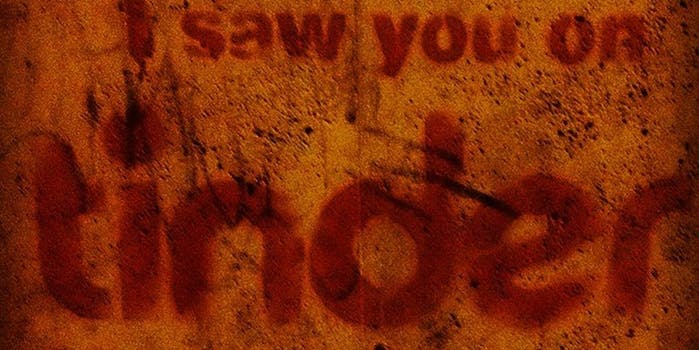 Police also want to talk to anyone who may have interacted with him on Tinder.

A man described as being “very active on Tinder” was arrested by Colorado police on April 22, for allegedly murdering his ex-girlfriend Julie Tureson.

Tureson’s body was discovered in her van parked in a storage locker owned by James Woo, 38, in Colorado Springs, where Tureson was a resident. Woo lives in San Francisco, but was detained Friday in Seattle and booked on suspicion of first-degree murder.

While authorities still haven’t released how she was killed, nor are they saying how Woo and Tureson met, they are looking for people who may have met Woo through the popular hook-up app Tinder.

El Paso County Sheriff’s Office spokesperson Jacqueline Kirby told the Denver Post that while the police don’t believe Woo is linked to other victims, they are seeking people who recognize him from Tinder in order to “form a complete background.”

This isn’t the first time Tinder has been linked with murder. In August 2014, Warreina Wright died after falling from the apartment of Gable Tostee, who she had met through Tinder. Tostee is currently out on bail and awaiting trial. The conditions of his bail stipulate that he has to stay off Tinder.

Correction: In an older version of this story, we confused Wright with Tostee. We regret the error.