I fell in puppy love on ‘Tinder for dogs’

I went on a date the other week. Cassie was lovely, but the mood was spoiled when she couldn’t stop howling.

I went on a date the other week. Cassie was lovely—a platinum-blond Northerner who couldn’t have been happier to spend the day at the park with me. Because Cassie was a little shy, her friend Jen came along too, but she headed off after we got comfortable. One thing led to another, and we ended up going back to my place. But the mood was spoiled when Cassie wouldn’t stop howling.

At this point, I must make clear that Cassie is a dog. An actual, literal dog. Here’s a photo: 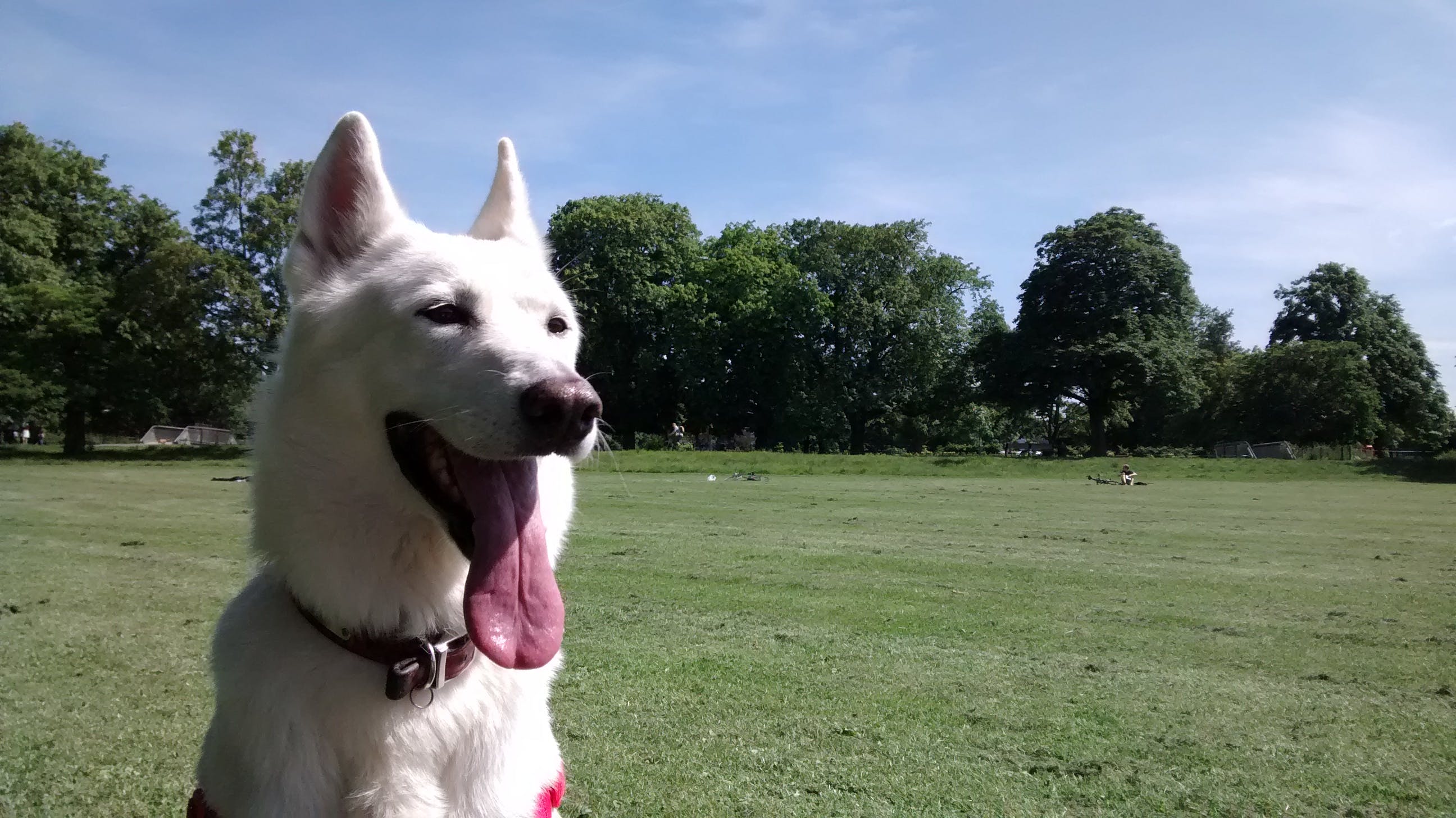 I’d found Cassie through BorrowMyDoggy, just one of a plethora of dog-centric apps and sites that have sprung up over the last year or so—and that have all been breathlessly described as “Tinder for dogs.” Given my own Tinder experience has been little other than my friends bombarding me with unfortunate screenshots, perhaps I wasn’t the best candidate to try these out—but I was curious.

BorrowMyDoggy was first conceived of in 2012, when cofounder Rikke Rosenlund dogsat a neighbor’s pooch for the day. “During the day I thought, ‘There should be a site where dog owners can have their dogs taken care of by people who absolutely adore dogs and miss having a doggy in their life,’” Rosenlund told the Daily Dot. 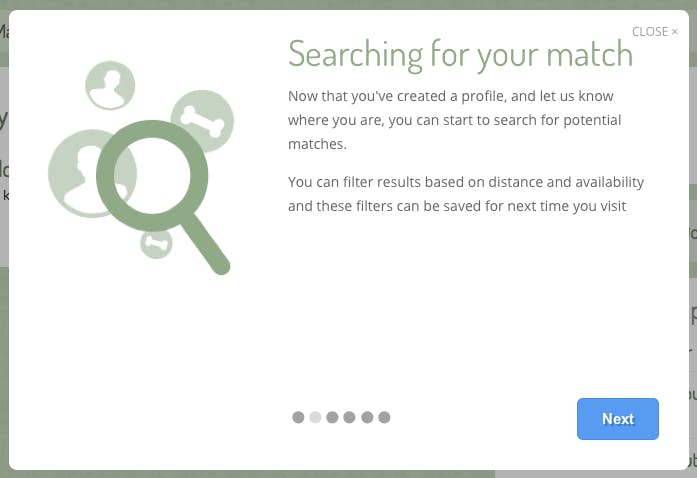 From there the website (and subsequent iOS app) was born, and now operates as a short-term dog-loaning service, hooking up dog owners and dog aficionados. Unlike Tinder, the platform isn’t free to use, and upon sign-up, users are hit with a wall of dog photos—and dozens of adorable/nauseating canine puns. 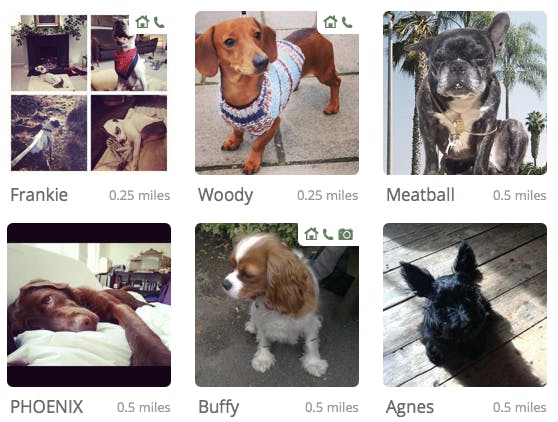 Though Ronenlund tells me there’s a “huge range of dogs … everything from Labradors and spaniels to Great Danes and dachshunds,” there’s no option to filter by breed; instead, non-discriminatory geographic filters are your only way to thin out the pack. Rosenlund didn’t have precise figures to hand, but explained that “thousands of lovely new members sign up every week,” and in London, at least, there were dozens within easy walking distance.

Having filled in my bio and sent a mandatory video message proving I’m a real person, I found a few dogs close to me, fired off a few emails, and waited. 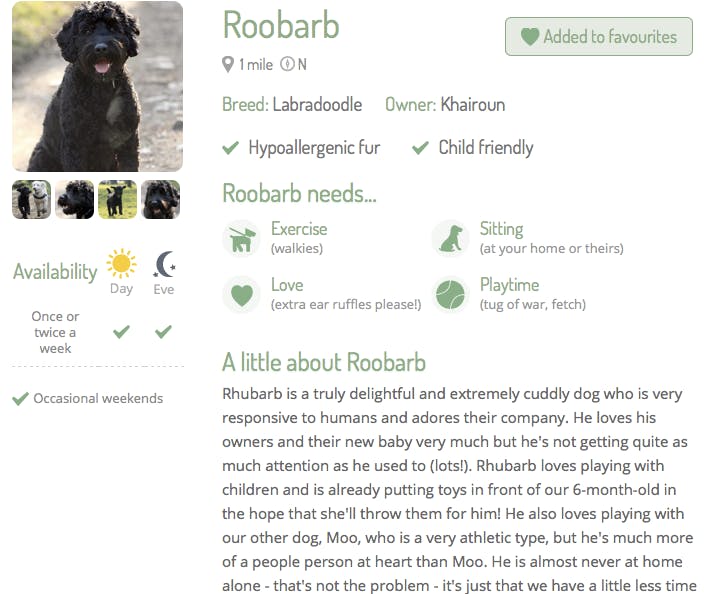 Though I’d had my eye on a lovely little Labradoodle called Roobarb, it was Cassie—or more accurately, Cassie’s owner, Jen—who got back to me first. After a chat on the phone, we agreed to meet up for a “Welcome Woof”—what BorrowMyDoggy calls the initial introduction.

Cassie was a large Northern Inuit, with glorious snow-white fur. She’s a lot of dog to handle, Jen said when we met in the park, especially with a job as demanding as hers. BorrowMyDoggy gives her the opportunity to have Cassie taken off her hands for a few hours a few times a week.

Once I was safely in possession of treats, lead, and a pair of Jen’s socks (for Cassie to sniff if she got anxious), it was time to take my temporary pooch home.

It started well—but as soon as Cassie realized Jen had left her, it took a turn for the worse.

After convincing my neighbors I’ve taken up breeding wolves, Cassie eventually quieted down, and I took the opportunity to take her for a walk. Mistake.

After 10 minutes of pleasant strolling in the park, Cassie bolted. My stern commands went unheeded as she dashed away, forcing me to desperately give chase. Comments from other park-goers admiring Cassie (“What a noble dog!”) gave me little consolation in my pursuit. I finally cornered and leashed her in the kids’ play area, where I shared a knowing look with a young mother trying hopelessly to catch her own writhing toddler.

Cofounder Rosenlund told the Daily Dot that BorrowMyDoggy aims to “build lasting relationships and communities based on a mutual love of our four-legged furry friends.” Sadly, Americans are left out: The platform is currently only operational in the U.K. and Ireland. 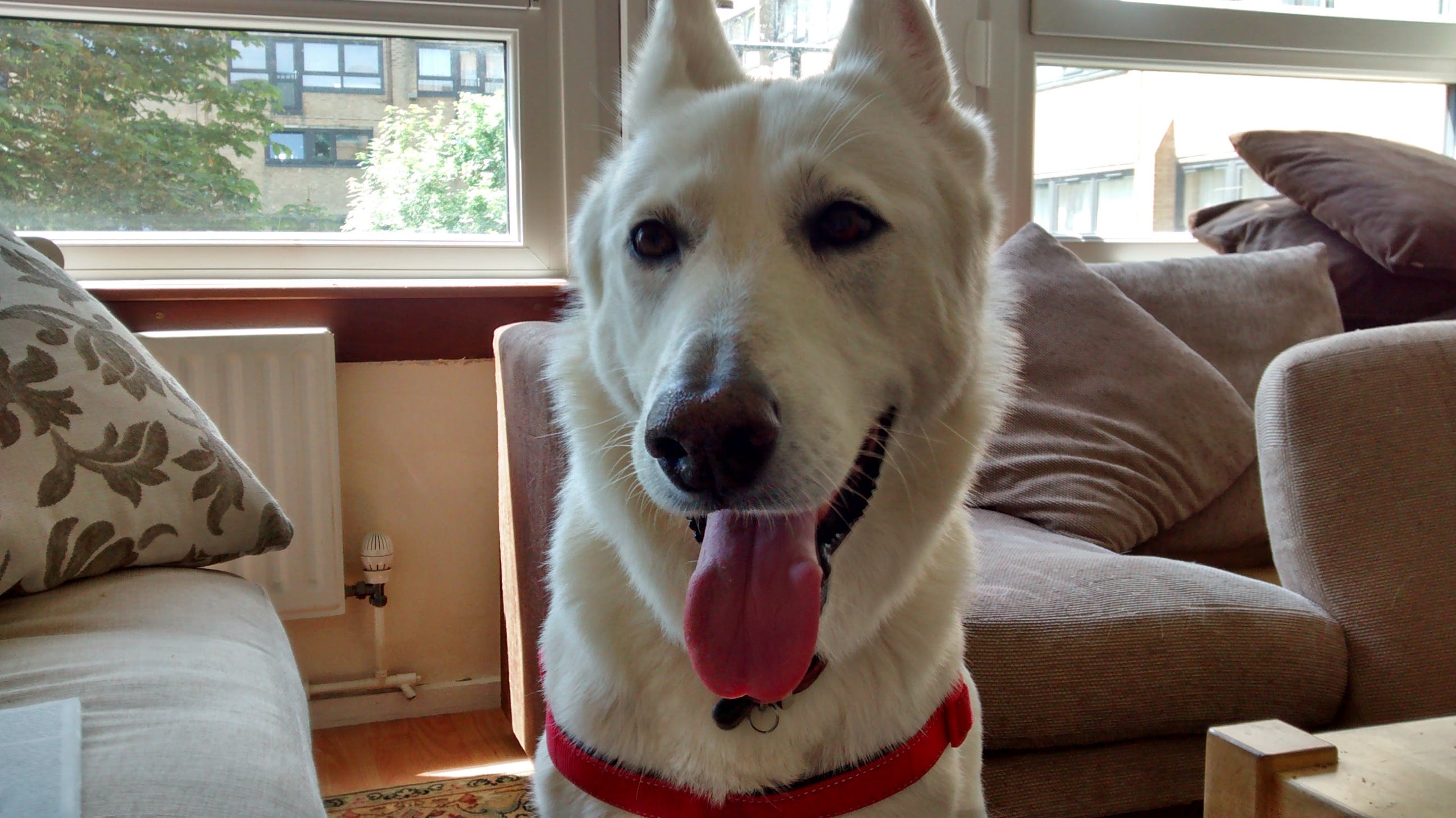 A (momentarily) relaxed Cassie in my apartment.

This is where BarkBuddy might come in. Described as by TechCrunch as, yes, “Tinder for dogs,” the iOS app is a smartly branded adoption service, allowing you to swipe left and right on dogs in your area that need a home. It draws data from the national PetFinder database, and lets you customize your preferences based on size, location, age, and activity level. 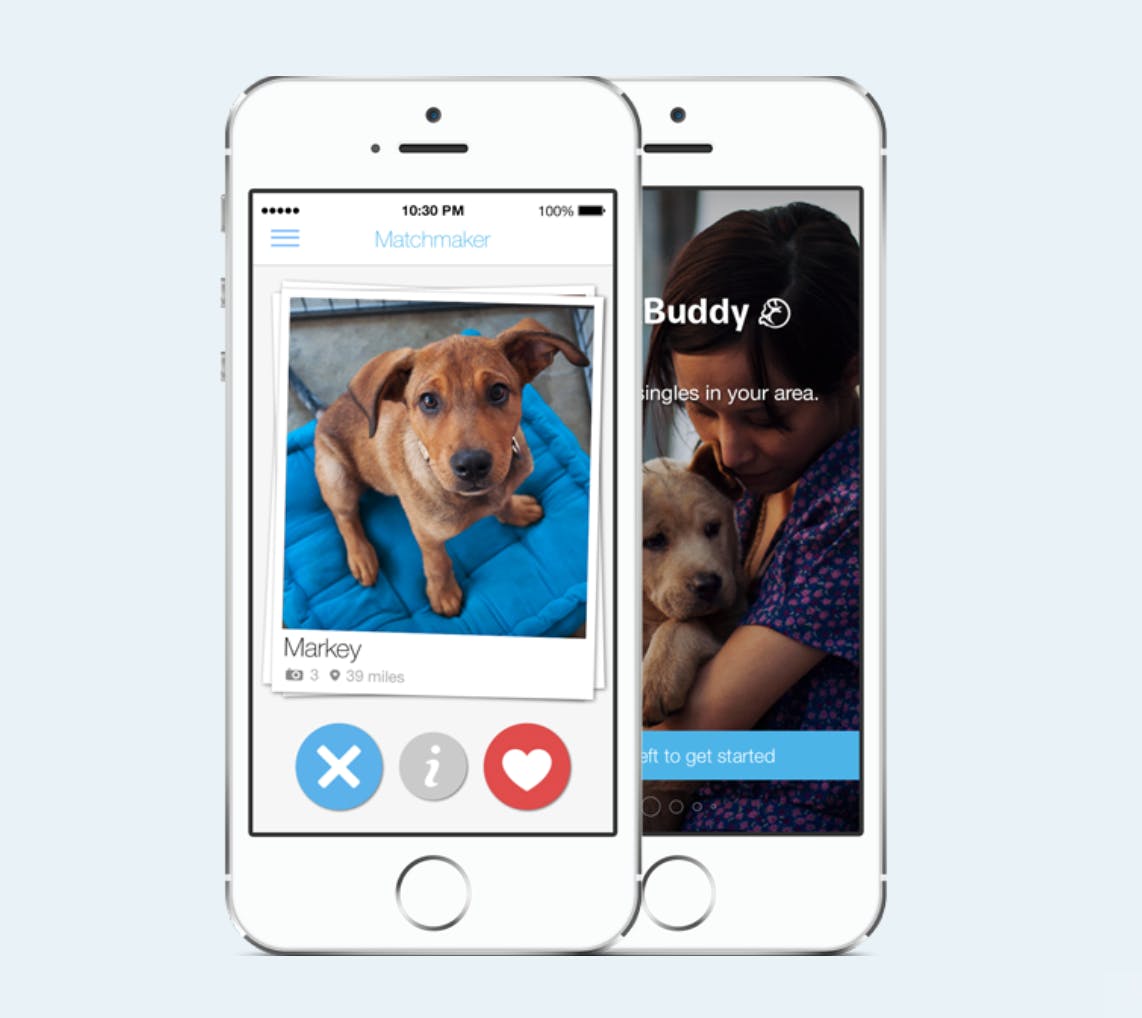 In April 2014, a New York animal shelter took this concept to its location conclusion, adding hundreds of its dogs directly to the Tinder app in an initiative called PuppyLove, in the hopes that the lonely NYCers would be lovestruck by their unexpected matches, and choose to adopt.

But what if you’re worried about commitment, or looking for something a little more quick and easy? Something that resembles Tinder a little more closely… but for dogs?

The crowdfunded app Zoa hoped to be exactly that—a “Tinder for dogs,” the “first iPhone dating app for pets.” Zoa would’ve helped breeders organize meetups and help produce the pitter-patter of tiny doggy feet. Alas, it was an unmitigated disaster, raising just $129 of its $50,000 Kickstarter goal. 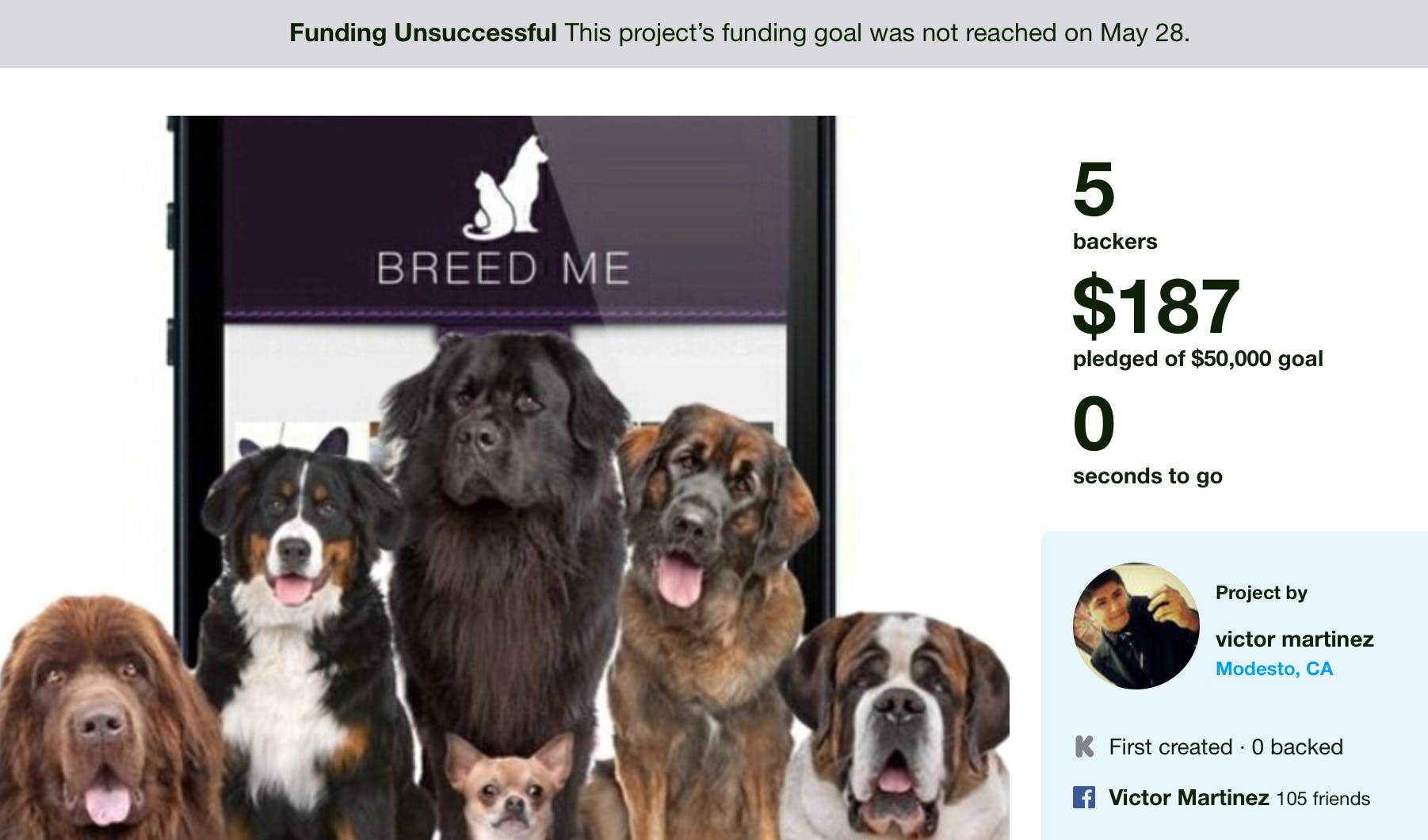 There’s also DoggyBnB, described by Digital Trends as “like Tinder, LinkedIn, and AirBnB for pets.” It aims to set dog owners up with dog walkers, temporary lodges during vacation, and even other doggy chums.

Perhaps most surreal, however, are the actual dogs on Tinder. Consider the case of 26-year-old golden retriever Hero, a.k.a. Death and Taxes reporter Joe Veix: 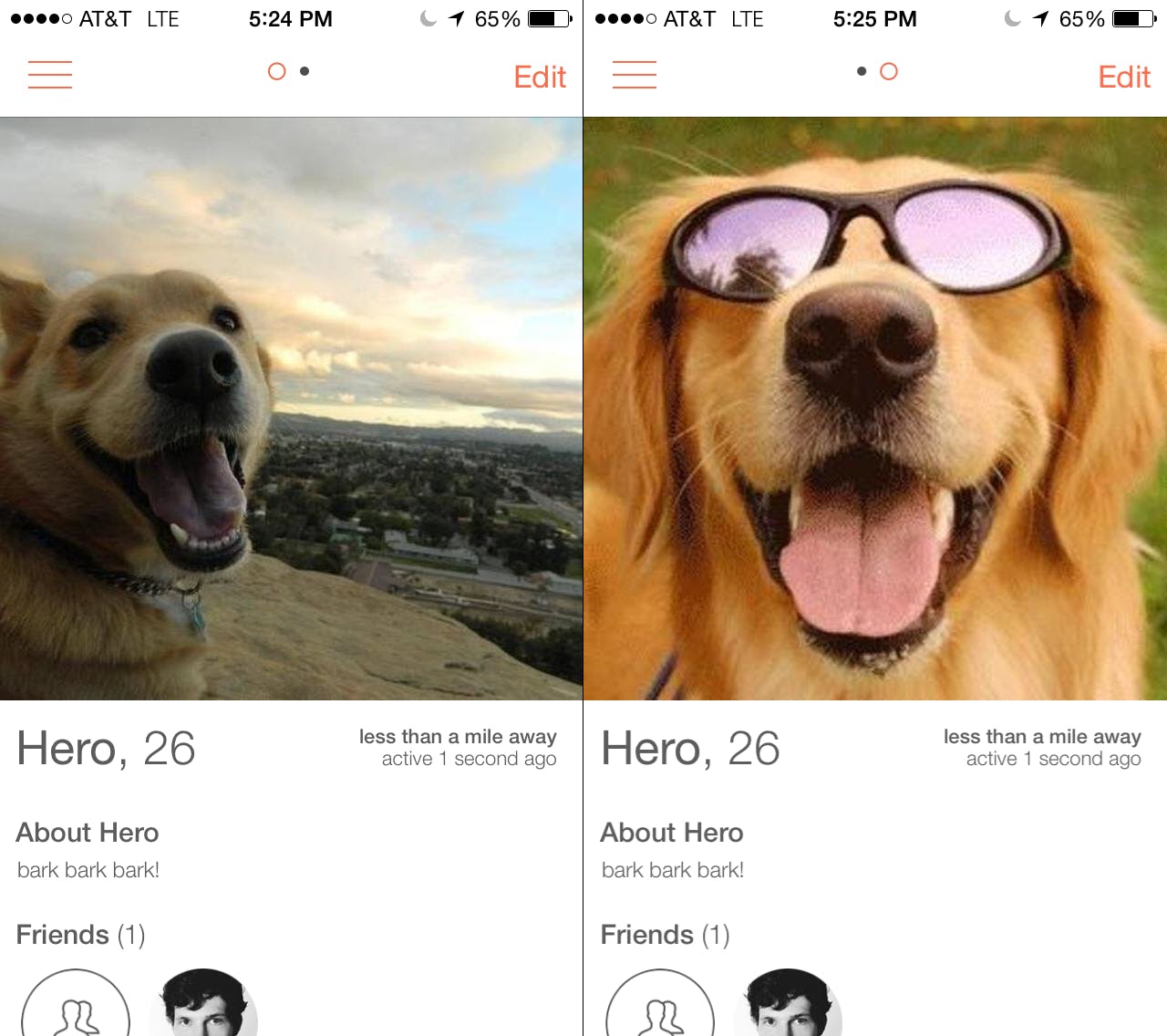 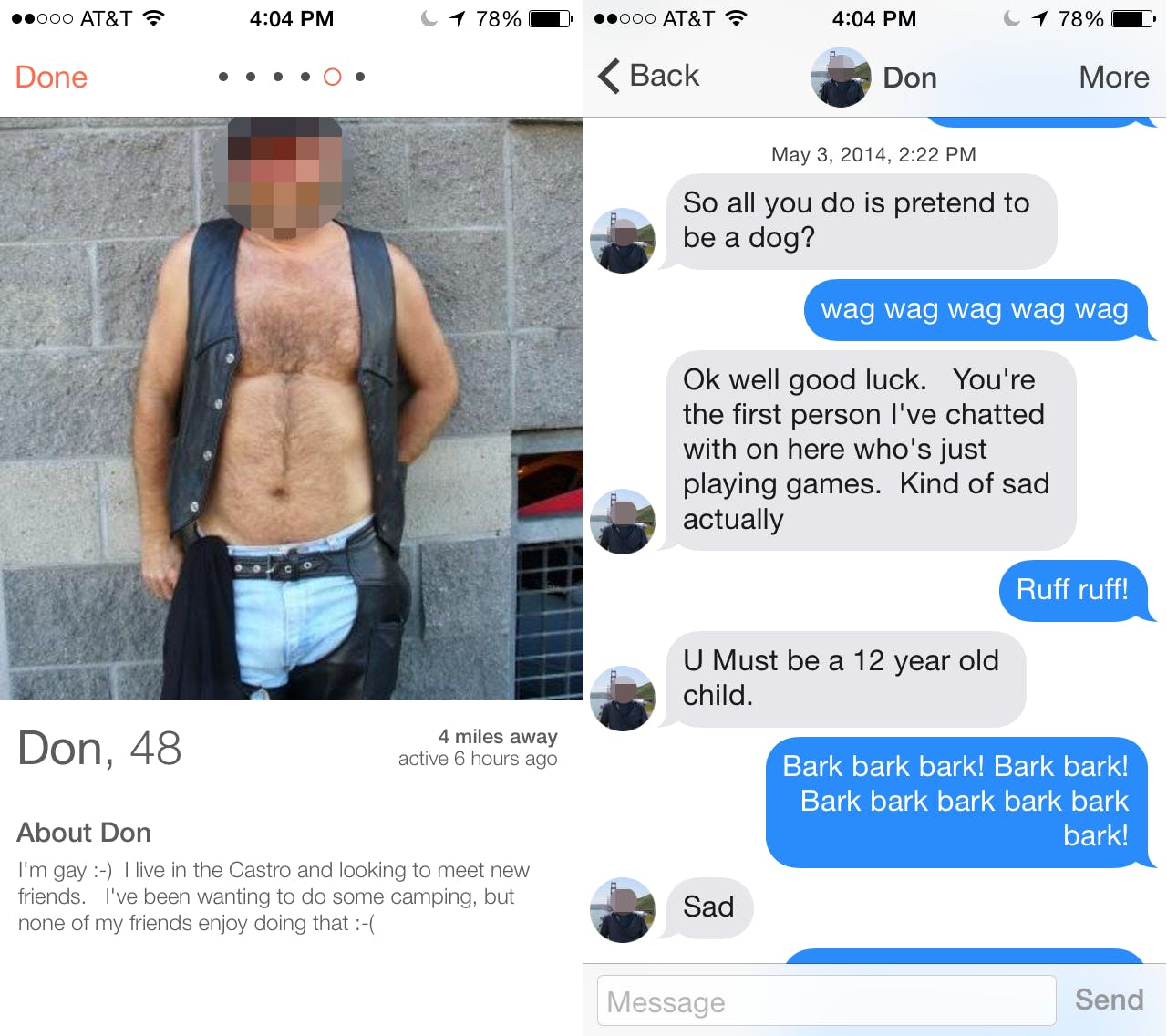 After 500 matches, Hero concluded, “even if you’re a dog, online dating is terrible.” After my own experiences with “Tinder for dogs,” I’m inclined to agree.