Guys are uploading their Tinder conversations to discuss on this website

Personal Tinder conversations are now up for public consumption.

Dating can be tough. But that probably doesn’t excuse what these guys are doing over at nosy.chat.

The community of dudes on nosy.chat are uploading their Tinder and text conversations with girls to then discuss with others. It looks to be a bit of showing off potential dates while also asking for help on how to jumpstart a conversation after it’s gone dead or detect when a girl has put them in the “friend zone.” 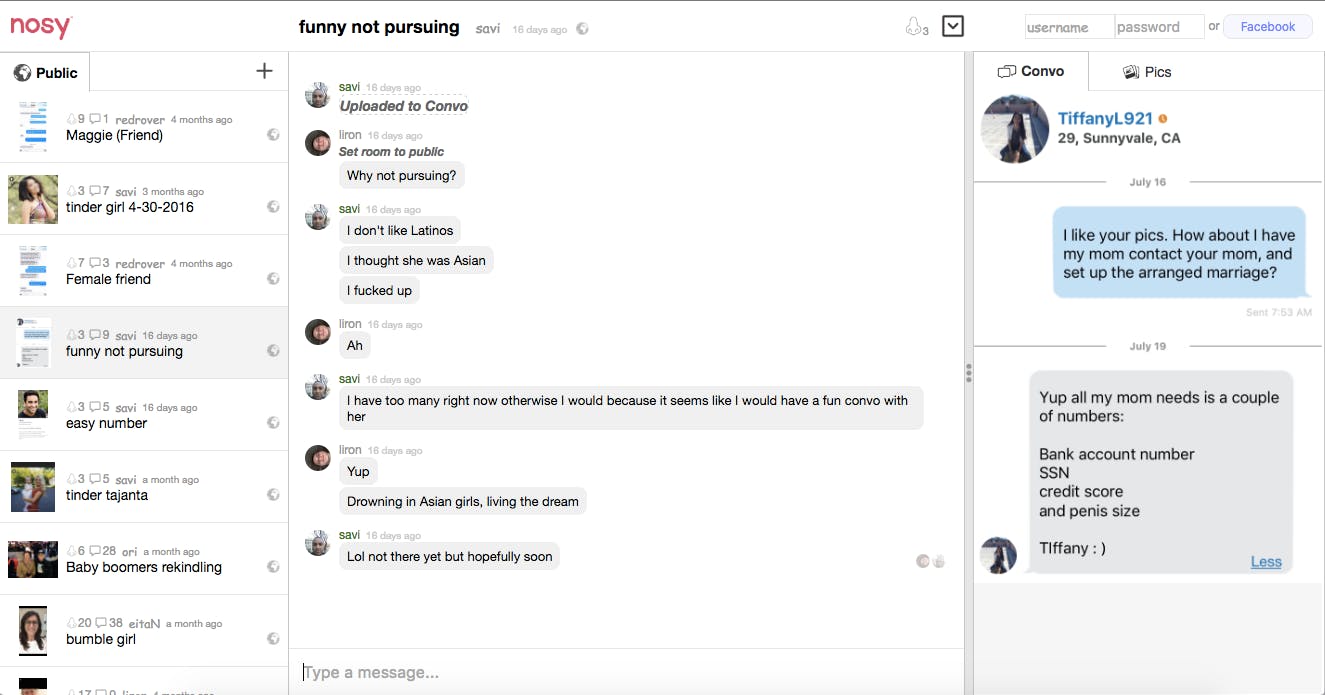 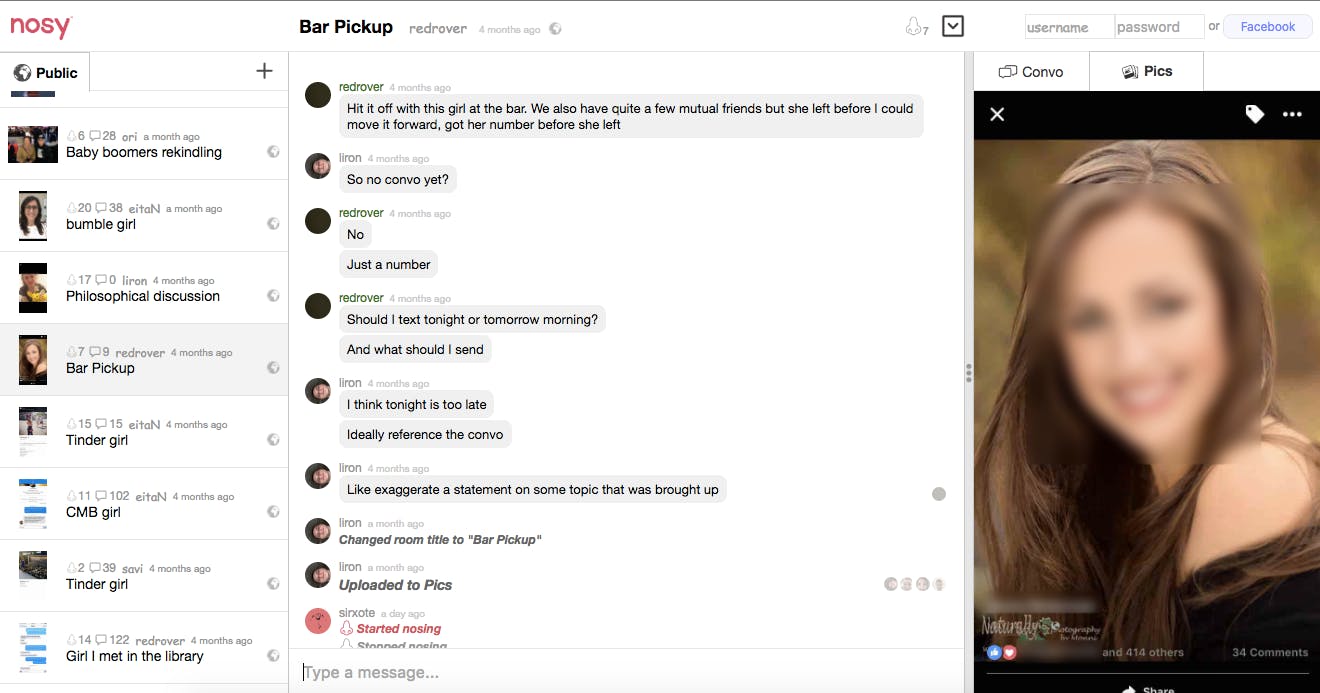 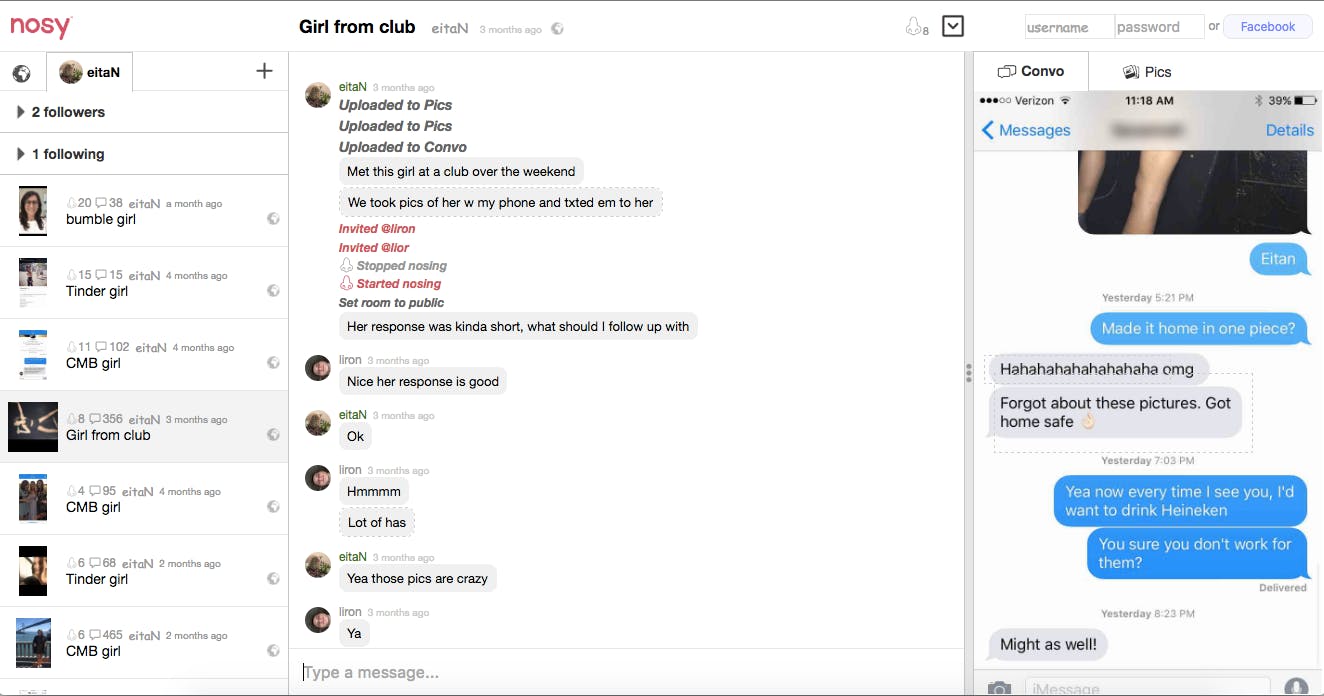 The interface of the site is pretty simple. On the left are all the different threads that people have started. The right side is where participants can upload images to either the “Convo” or “Pics” tabs. And the discussion happens front and center.

Asking a close friend or one that’s good at flirting for help when crafting a pickup line on Tinder isn’t uncommon. And people are always posting on Facebook or Twitter screenshots of wild conversations they have on dating apps.

Nosy.chat takes a far more serious approach than cut-and-dry screenshots, allowing users to go all-out in their commentary. Though plenty of photos and numbers are blurred for privacy, users are nonetheless making disparaging comments about dates’s appearances. Not even censorship can quell the criticisms. 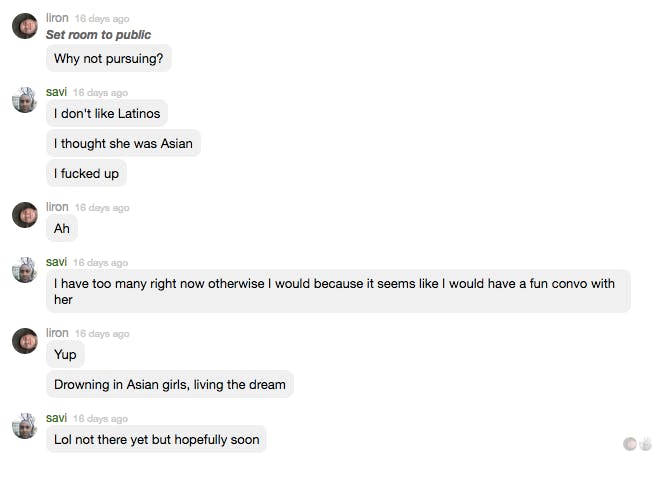 There are other threads discussing things other than what to say to women in various conversations, but nothing compared to what may be the site’s primary purpose. User Liron uploaded “startup advice” and one chain was intended to be a philosophical discussion.

From the screenshots below, Liron looks to be connected to tech entrepreneur Liron Shapira since he’s uploaded screenshots of an email from Shapira. It’s unclear whether the nosy.chat user and Shapira are one and the same. 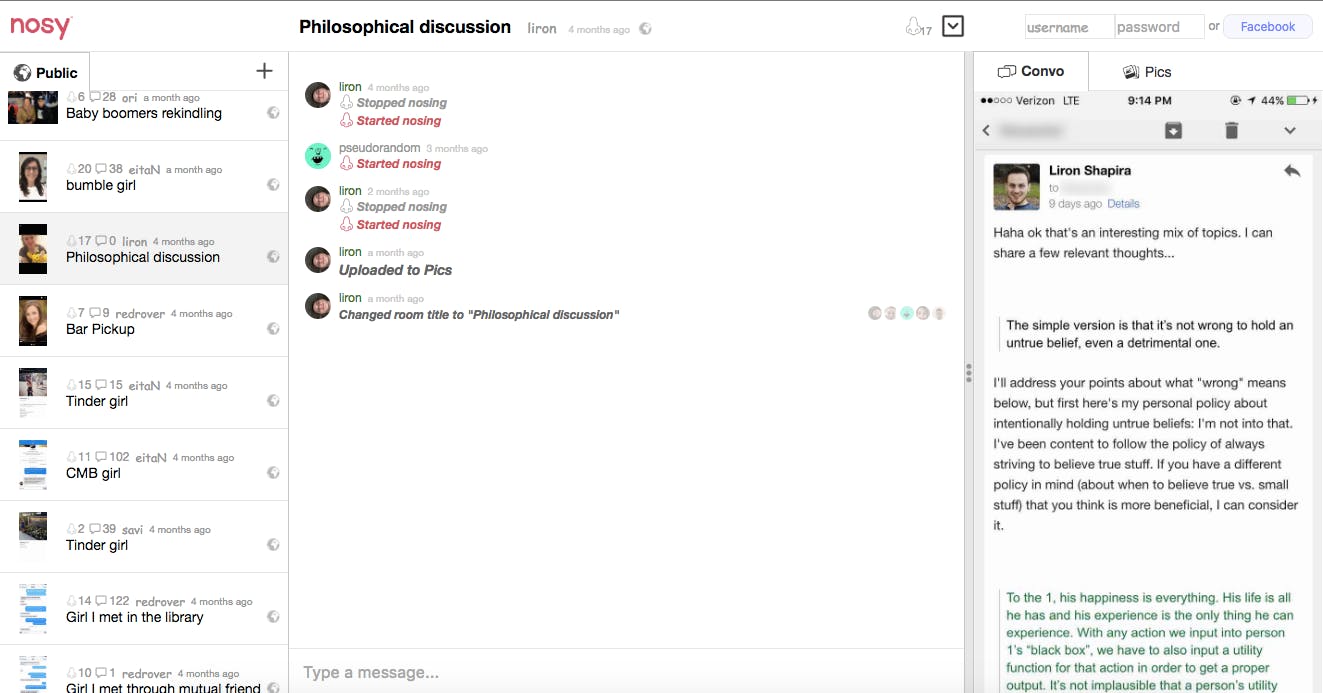 Many of the public conversations are a few weeks or months old, but we’re guessing that once a network of guys was built up they started setting their conversations to private.

And we can only imagine what’s going on in secret.H/T Juan Buis