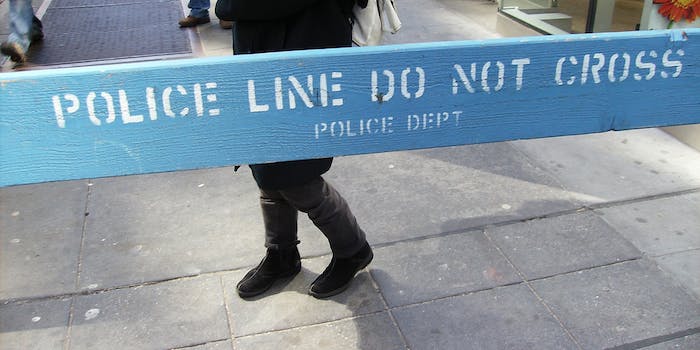 Man agrees to early-morning Tinder meetup, is robbed at gunpoint

It's never a good idea to meet up this early with someone you don't know.

In news that reinforces the need for caution when using dating apps, a Fresno, California, man fell into the clutches of armed robbers after arranging to meet a woman he met on Tinder.

The victim agreed to meet with the woman, but the early-morning meeting on Nov. 30 turned out to be a trap. The woman waiting for him was not the person whose picture he had seen on Tinder, and she had two men with her, one of whom was armed with a handgun.

Police have taken two women into custody on suspicion of involvement with the robbery, but they are still looking for the two male suspects and the victim’s silver 2002 Nissan Altima, license plate 4ZIR614. Anyone with information relating to the robbery should call Crime Stoppers at (559) 498-STOP.

Lt. Joe Gomez, a spokesman for the Fresno Police Department, told ABC 30 News that the victim had been “pretty naïve,” adding, “You should not be anywhere in Fresno meeting anybody at 4 in the morning you don’t know.”

As dating apps have grown in popularity, so too have stories of Tinder meetups gone wrong. Two women in Richland, South Carolina, were robbed in separate incidents involving Tinder in August. Both arranged meet-ups with a man calling himself “Andrew” on the dating app. In the first case, the man grabbed the victim and stole her purse. In the second, he stole the victim’s cellphone and attempted to sexually assault her, but she was able to get away. In September, a 19 year-old woman was convicted for luring a man into a robbery after using Tinder to arrange a meeting. The 34 year-old man met her in a parking lot, where she and her boyfriend stole his iPhone and $290 cash. She received an 18 month suspended sentence for robbery.