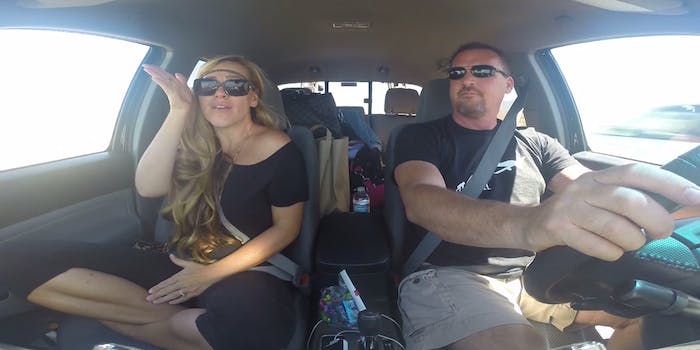 This couple performs an adorable sign-language cover from ‘Grease’

Car trips get interesting for these soon-to-be newlyweds.

Tina Cleveland is an American Sign Language (ASL) interpreter, and in her spare time she’s taken to teaching her fiancé Paul Sirimarco to sign so they can perform musical numbers together. They’ve done songs just sitting down, but during one road trip, they put on a show-stopping rendition of “You’re the One That I Want.”

Originally posting the video to Facebook, Cleveland noted that her road trips with Sirimarco are “anything but normal,” and once you get past the slight anxiety whenever Sirimarco takes both hands off the wheel, it’s quite the performance.

The comments from the deaf community are really what hit home for Cleveland.

“Being able to share music through sign language (and dance) is honestly what my little heart lives for,” she wrote.