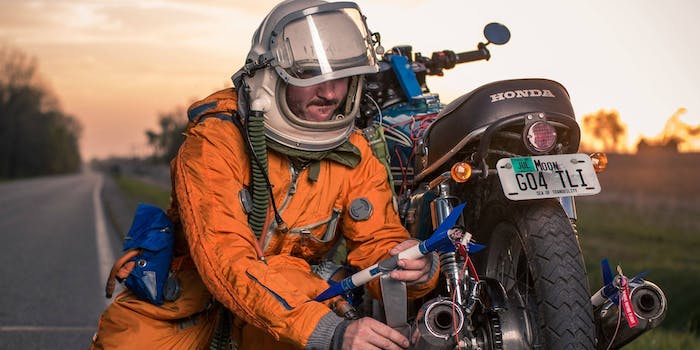 How photographer Tim Dodd turned himself into an ‘Everyday Astronaut’

“I first and foremost wanted to do something ridiculous, creative, and silly with the suit."

The entire NASA program could be shut down and the space shuttle sold off for parts, but Buzz Aldrin will tell you: once an astronaut, always an astronaut.

And sometimes, as was the case for photographer Tim Dodd, the space suit never comes off.

Dodd’s latest photo series is called “A day in the life of Everyday Astronaut,” and features him dressed in a retro-looking space suit while performing mundane tasks like brushing his teeth, ironing, and mowing the lawn.

“I first and foremost wanted to do something ridiculous, creative, and silly with the suit,” Dodd, 29, told the Daily Dot. “The further and further I got into it, I realized I was basically projecting my inner child onto this character. I was buying all the toys and silly things I would’ve loved as a 9-year-old and interacting with them as the Everyday Astronaut in a similar manner.” 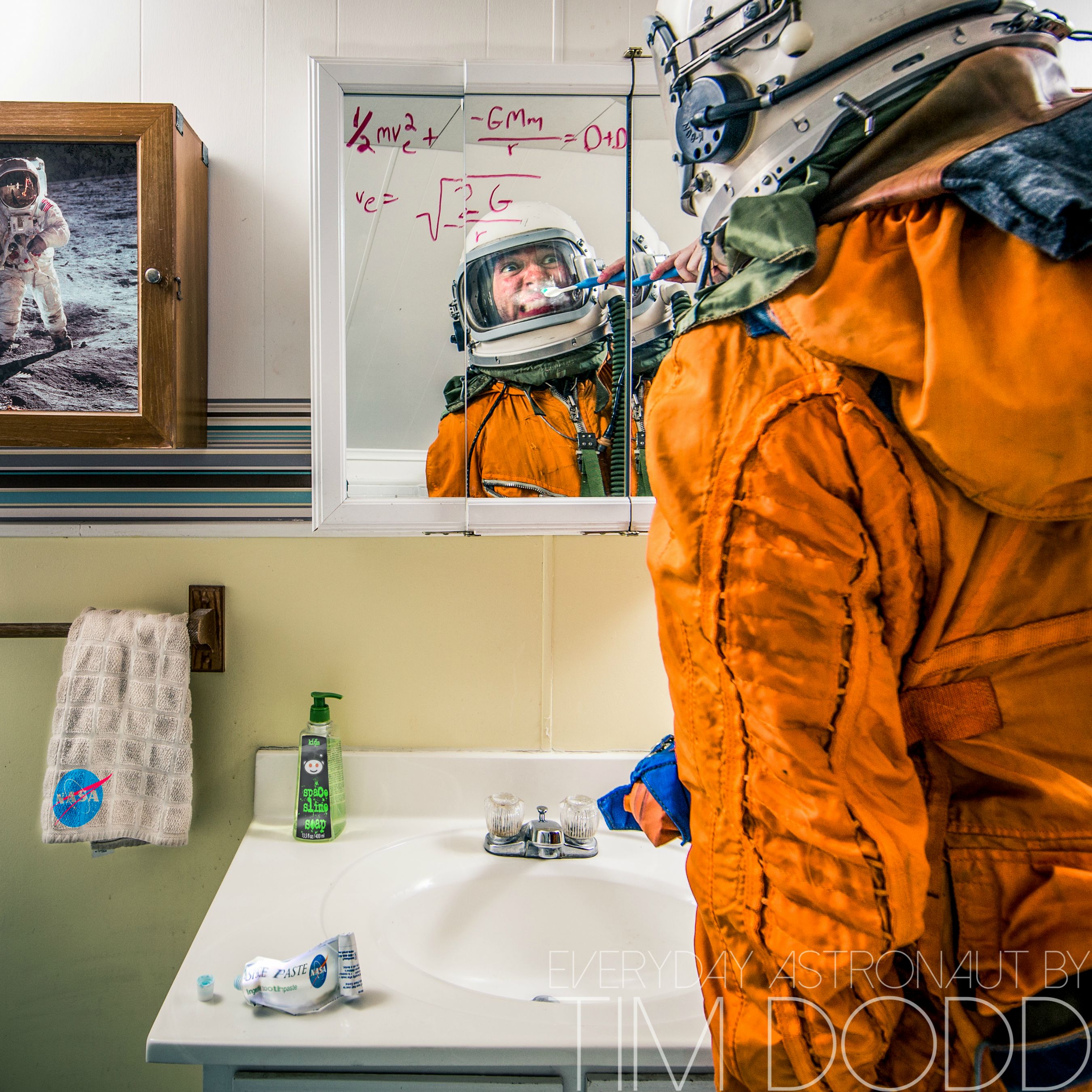 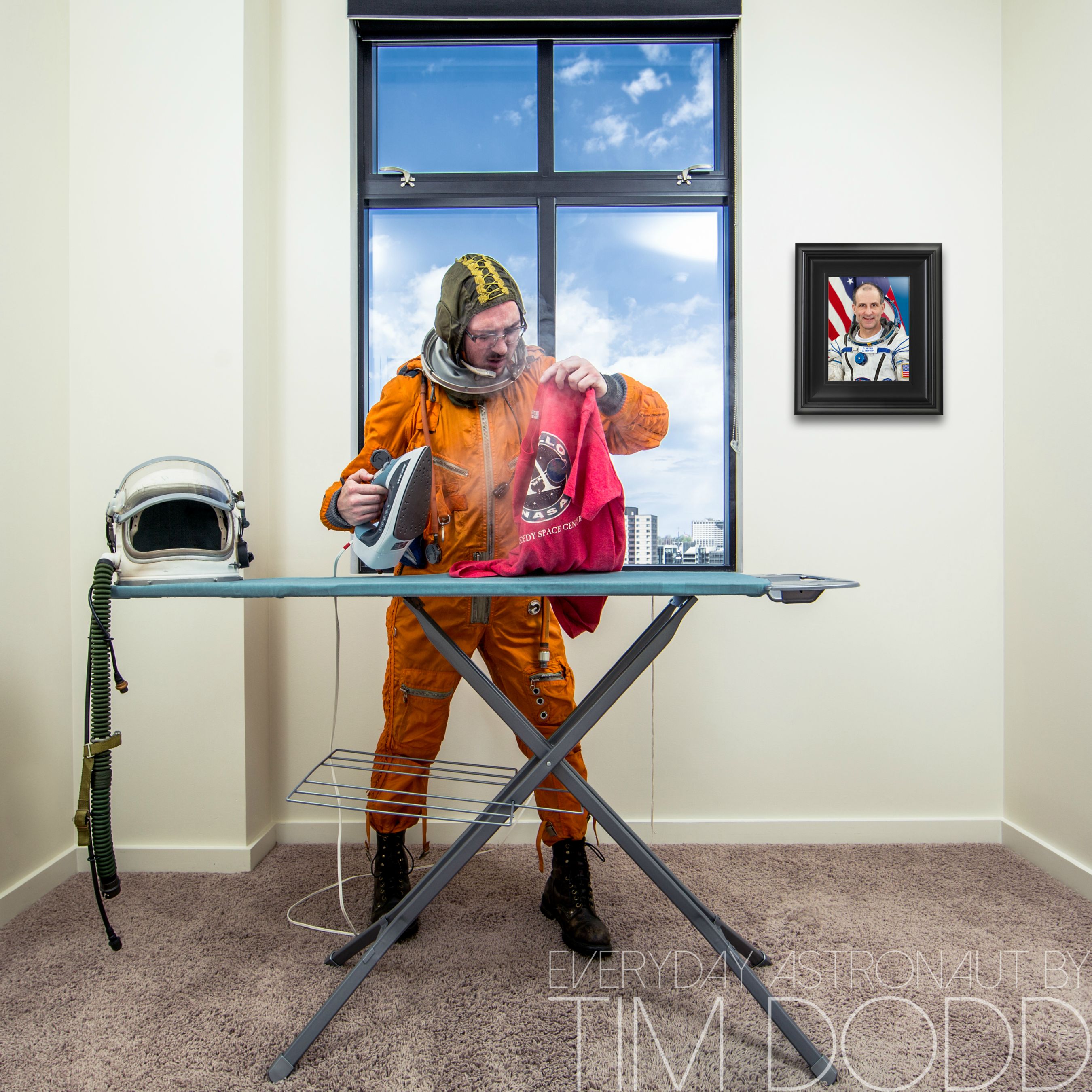 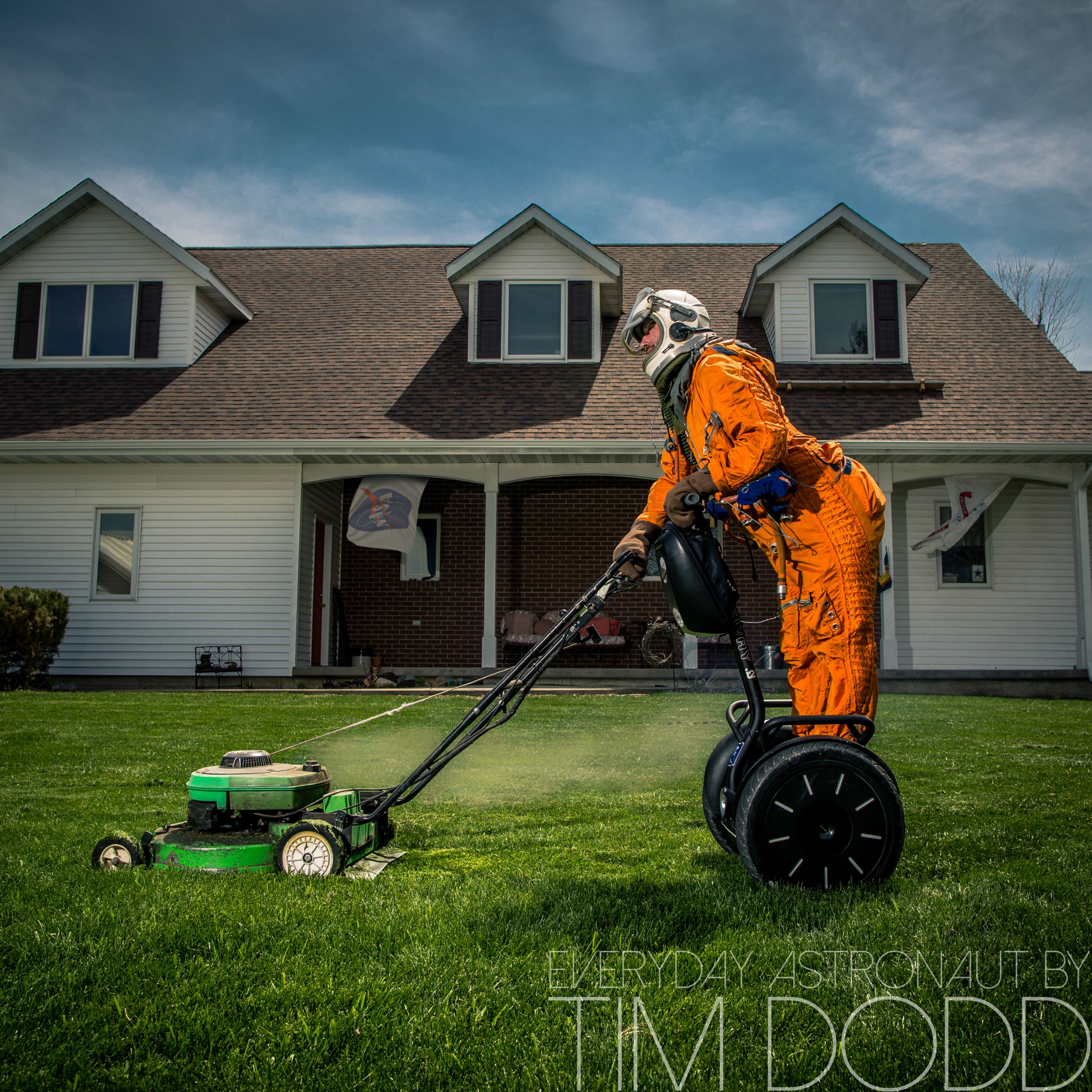 As a nine-year-old, Dodd loved films like Star Wars and Apollo 13. He’s watched them over and over while trying to recreate some of the scenes with Legos. It never looked quite right, but now as a full-time freelance photographer based in Iowa, that’s changed.

The photo series involved a lot of props and complex lighting schemes to give each scene a hyperrealistic feeling. Each one took about 30 minutes to shoot.

“Shots like the Tang, the closet shot, cooking, and the walking dog required a really good amount of Photoshop work,” Dodd explained. “All of them have a good amount of time post shoot to make them what they are.” 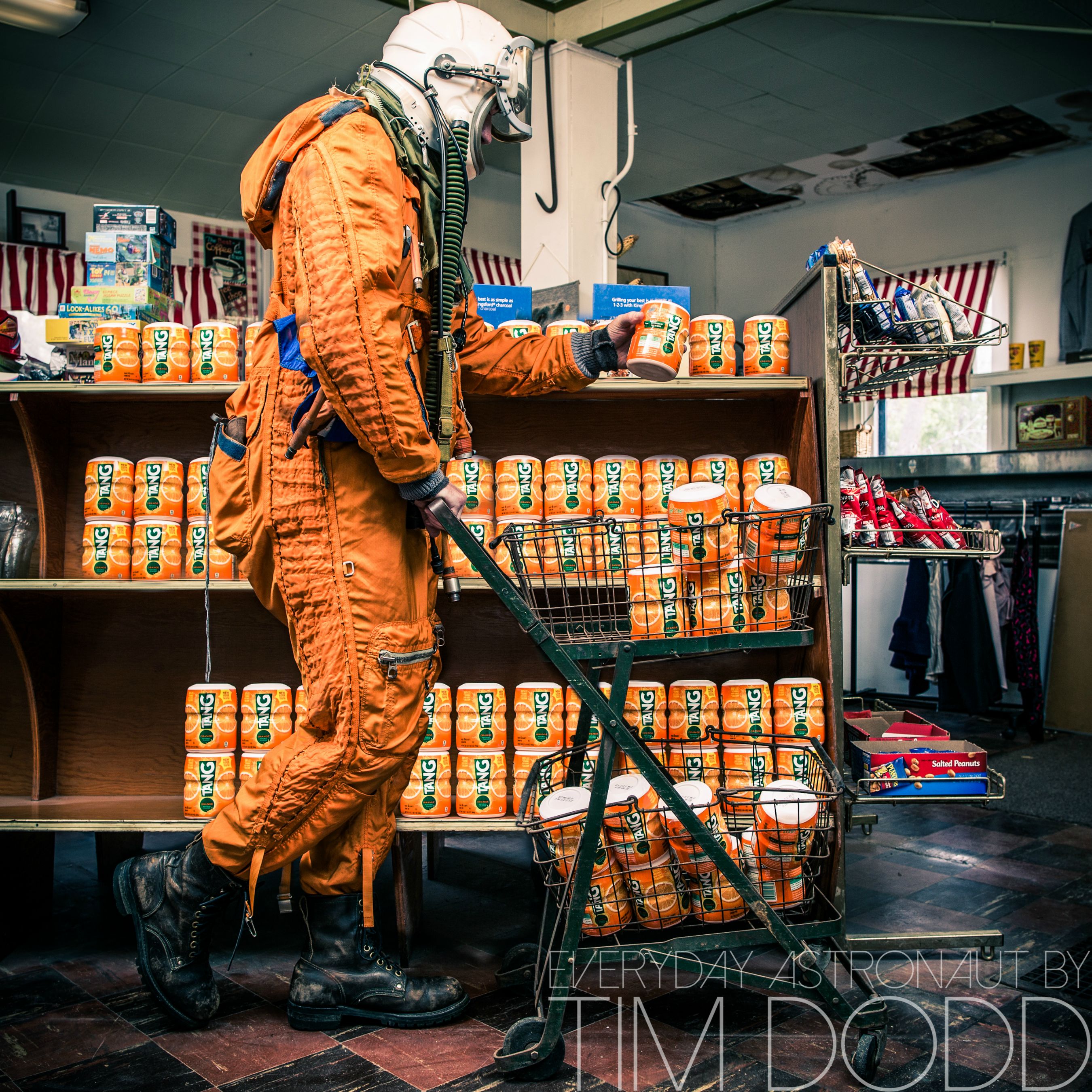 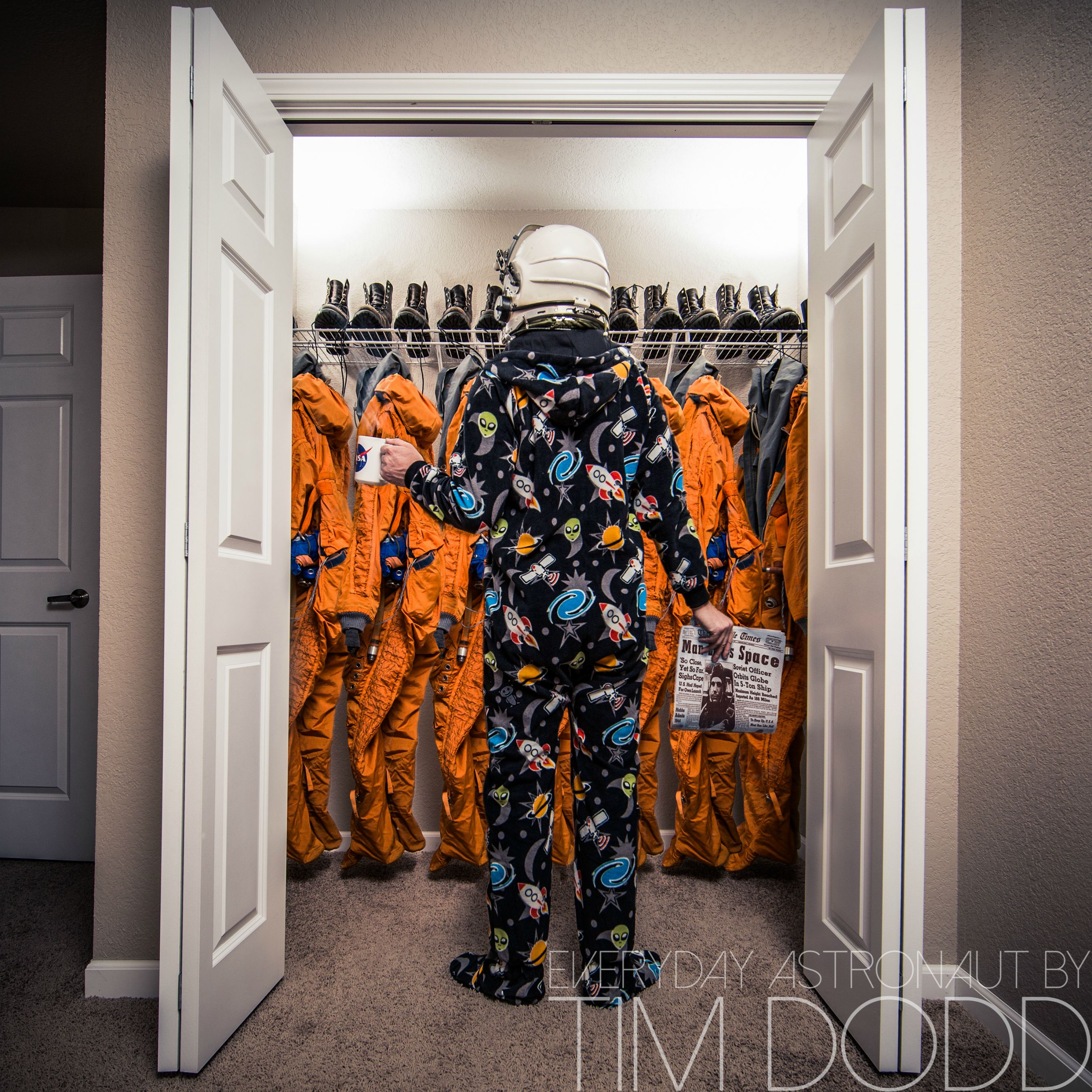 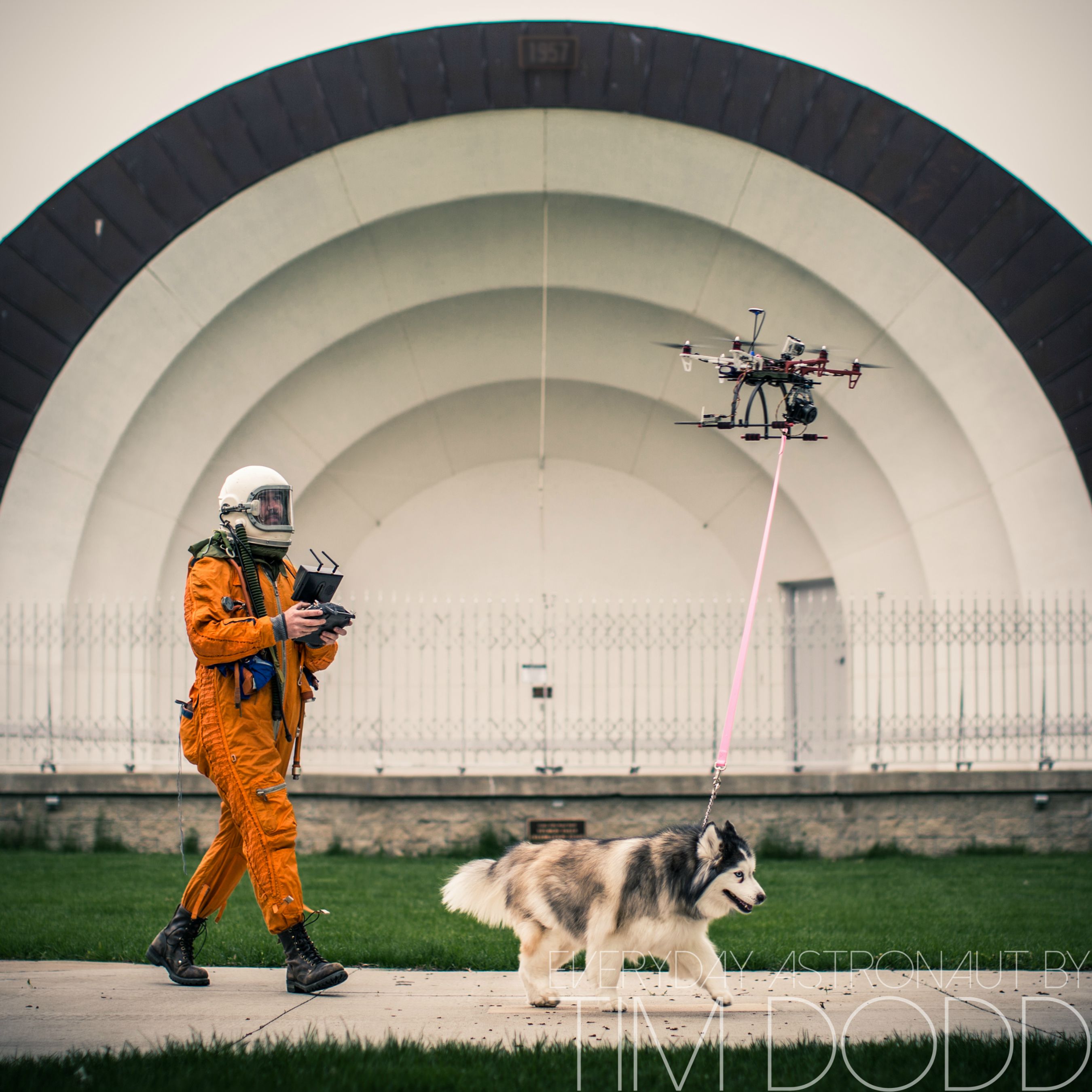 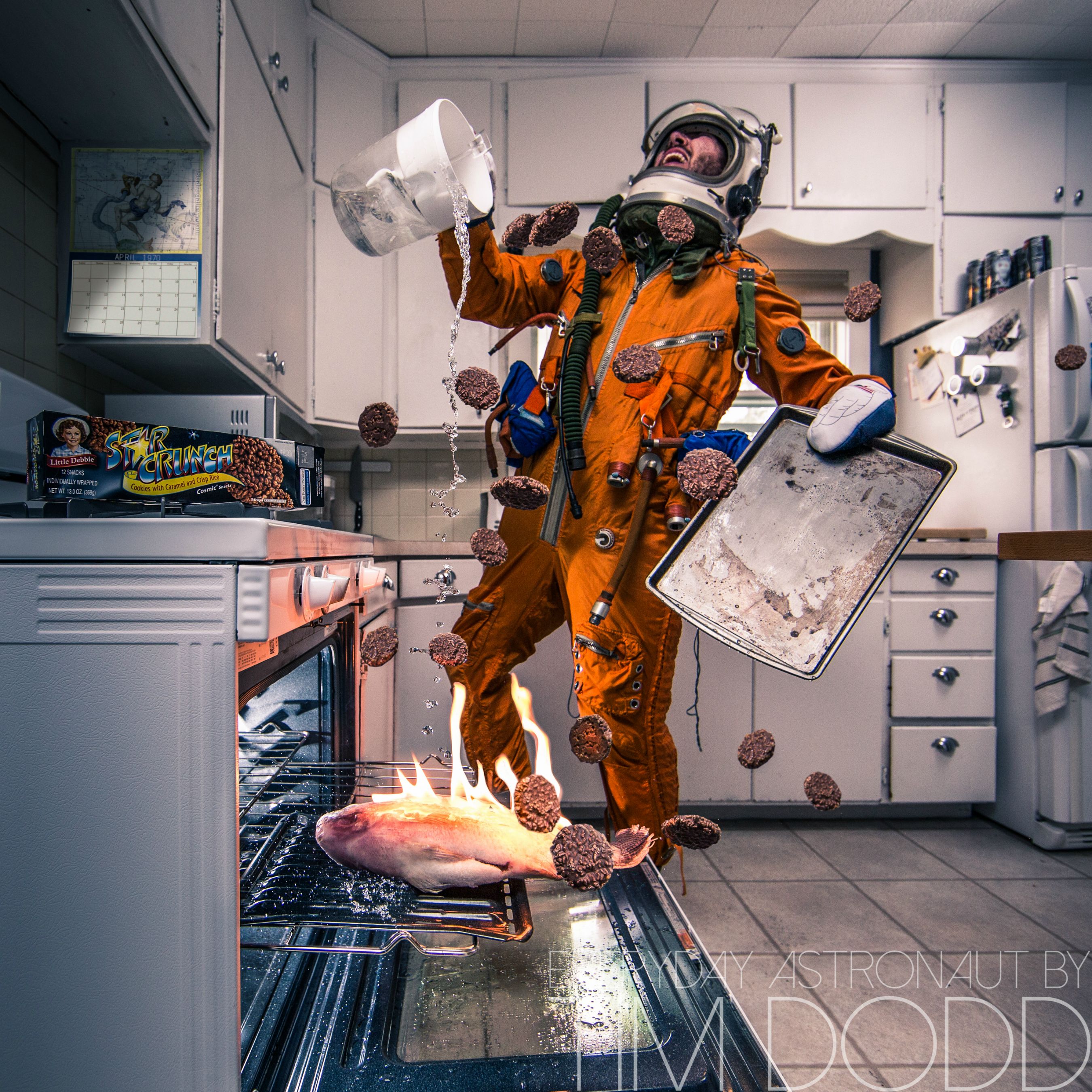 A lot of the Photoshop work also involved planting more than two dozen Reddit and space-related Easter eggs in the series.

These hidden gems include the Reddit alien, “6:07,” which references the 607 Air and Space Operations Center, and a portrait of Chris Hadfield, Reddit’s favorite astronaut. Check out the full list of Easter eggs compiled by redditor berlin-calling.

“I’m thrilled that people were looking for all the hidden details,” Dodd said. “I was worried they might get glossed over, but people keep finding them. That means they’re spending a lot time staring at my work, which is a big honor. I hope to do a few art shows here and there, maybe have them in a gallery somewhere if someone would be so generous. I would love to make a little book out of the series.”

Dodd’s favorite shot in the entire series is of him on a toy rocket ship. 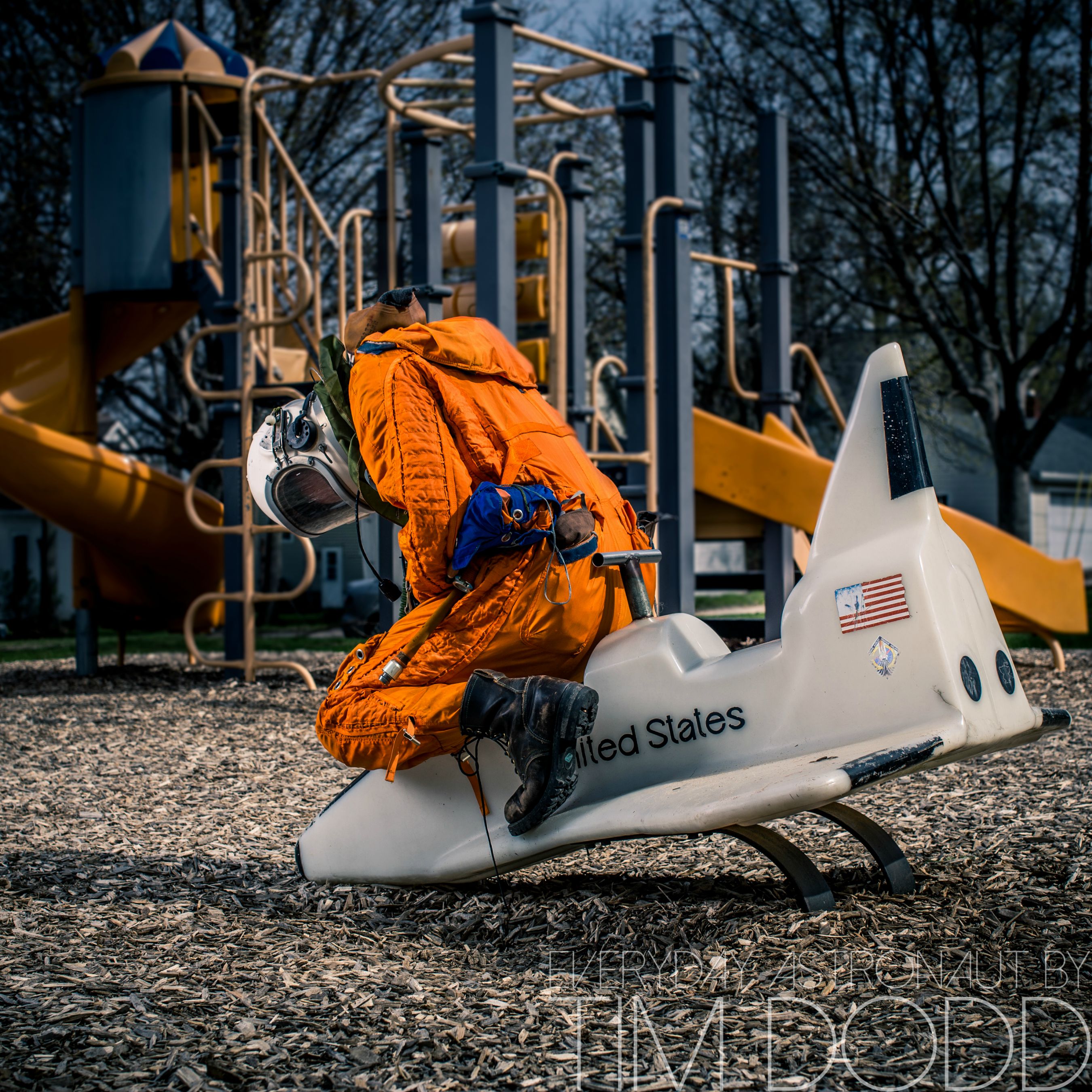 Check out the full Imgur album of “A day in the life of Everyday Astronaut” below.