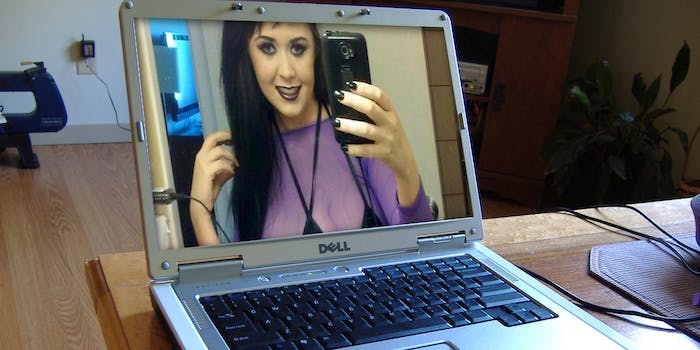 “I would be happy to go on record claiming that this is a falsified story and essentially not possible.”

Allegedly an aspiring reality TV show star from Tampa, Fla., Tridevil told a radio station that she spent $20,000 on the surgery and consulted 50 or 60 doctors in the process. “I got it because I wanted to make myself unattractive to men. Because I don’t want to date anymore,” she told Real Radio 104.1.

At first glance, Tridevil’s story looks like a tale as old as time: Girl wants reality show. Girl has body dysmorphia and disposable income. Girl spends a small fortune on an insane, Total Recall-inspired surgery to get it. No wonder the media would eat it up.

Except there’s just one problem with this narrative: Experts say it’s just not true.

“[I] believe 100% that this is a hoax that everyone is falling for,” Dr. Matthew Schulman M.D., a board-certified plastic surgeon in New York City who has performed thousands of breast augmentation and reconstruction surgeries, told the Daily Dot in an e-mail. “I would be happy to go on record claiming that this is a falsified story and essentially not possible.”

There are two elements of Tridevil’s story that make Dr. Schulman skeptical. The first is the photographic “evidence” of Tridevil’s third breast itself, which, as the urban legend debunking website Snopes.com points out, is largely based on photos and videos she’s taken herself and posted on her own Facebook page, all of which are in dim lighting and could be easily manipulated.

As Dr. Schulman and a number of other plastic surgeons told me, creation of a third breast is “theoretically possible”—but that still doesn’t make Tridevil’s story any more plausible. Basically, the process would involve placing a tissue expander under the skin between her real breasts to stretch the skin over the course of six months. The expander would then be replaced with a permanent implant. The whole procedure, says Schulman, would require multiple surgeries over the course of months, and is similar to reconstructing a cancer survivor’s breast after a mastectomy.

The problem is, says Schulman, that this surgery will “not give the results that are shown in [Tridevil’s] photos.”

“This technique would create a tight, round breast in the center of the chest,” he said. “Also, all three breasts will likely be connected because it would be impossible to create and maintain separation between all three round structures. The photos show a soft, pendulous breast that is clearly separate from the right and left breast. She essentially has a hanging breast, and it is just not reflective of what we would be able to expect from this reconstruction procedure.”

Dr. Anthony Youn, a board-certified plastic surgeon based in Michigan, agrees that there are red flags in Tridevil’s story. While he concedes that creating a third breast is “possible” using a tissue expander, then tattooing a nipple and areola onto the breast afterward (as Tridevil has claimed a surgeon had done during interviews), he doubts any surgeon would consent to performing the “deforming procedure.”

“In addition to it just plain being bizarre, the potential ethical implications of performing this surgery could possibly get a real plastic surgeon in hot water with one of the two prominent plastic surgery societies, the American Society of Plastic Surgeons (ASPS) and the American Society for Aesthetic Plastic Surgery (ASAPS),” he told the Daily Dot. Such sanctions could lead to a permanent loss of the surgeon’s medical license.

As it turns out, Youn and Schulman aren’t the only ones to cast doubt on Tridevil’s story. On Monday, Snopes reported that Tridevil’s real name is Alisha Hessler, a Tampa-area massage therapist who previously made headlines for forcing a man, who allegedly assaulted her, to wear an “I beat woman” sign on a busy street corner. A woman named Alisha Hessler is also listed as the registrant for the domain Jasminetridevil.com.

The website for her massage parlor, Alisha’s Golden Touch, now describes her as a “provider of internet hoaxes since 2014” and a “specialist in massage for three breasted women.” Tridevil also refused to display her third breast during an interview with 10 News Tampa, saying she was “saving that for the reality show.”

We’ve reached out to Tridevil to ask for comment on these claims, and will update if we hear back. But it’s highly unlikely we’ll ever know the identity of the alleged surgeon who performed the surgeries, because Tridevil says he made her sign an NDA (non-disclosure agreement)—another red flag in her story, says Schulman.

“There are some other ‘rogue’ surgeons who are not plastic surgeons by training but may attempt fringe procedures such as these,” Schulman said. “These surgeons would likely seek fame and notoriety, and having her sign an NDA would seem to go against this motivation. NDA in plastic surgery is not commonplace and certainly raises more suspicion for me.”

“If she would allow me to examine her in person, I would certainly admit being wrong if her story holds water (or milk),” he added.

Update: Tridevil responded to the Daily Dot’s request for comment via Facebook: “My surgery was recorded and will be on my show,” she wrote. She also responded to the Snopes article alleging she is Alisha Hessler with the following post on her Facebook page:

Everyone keeps sending me this snopes article. Why? Yes, they have my real name. Yes, the news story last December is true, and yes, I was arrested for using someone elses i.d. (attempting to get in a club). I was underage and wanted to get drunk lol

Update 2: 10 News WTSP has obtained a copy of a lost luggage claim filed by Tridevil at Tampa International Airport from earlier this month. One of the items listed in her claim is a three-breast prosthesis. 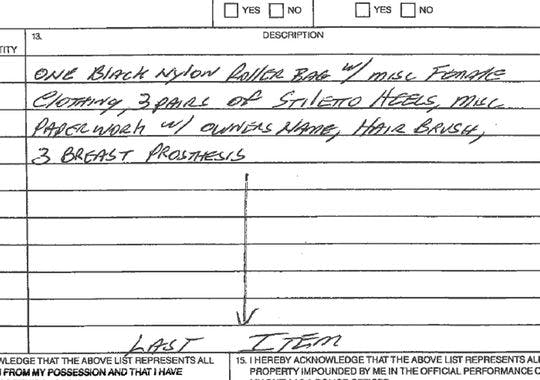