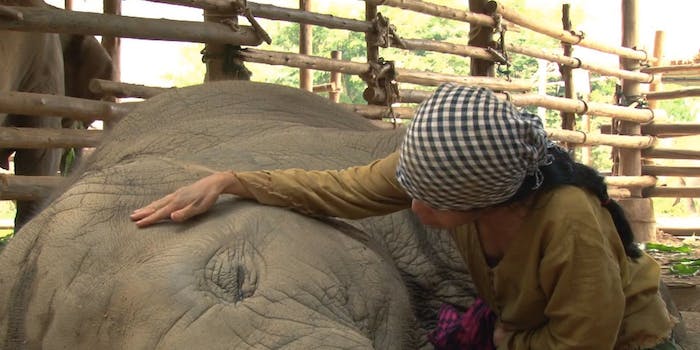 This elephant lullaby will break your heart

The adorable scene is a pleasant change of pace for film studio Elephant News.

Even if you don’t have an elephant’s memory, you might have this honeyed lullaby stuck in your head for quite a long time.

An elephant named Faa Mai gets the toddler treatment as his caregiver, Lek, sings him softly to sleep in this adorable video taken in Thailand by the Thai film studio Elephant News.

The adorable scene—reportedly shot at the Elephant Nature Park in the Ban Ta Klang village—is a pleasant change of pace for Elephant News, which generally specializes in documenting acts of cruelty toward elephants, in the hopes of saving them from extinction.

The company’s short documentary Gentle Giants is currently in post-production, according to its site.