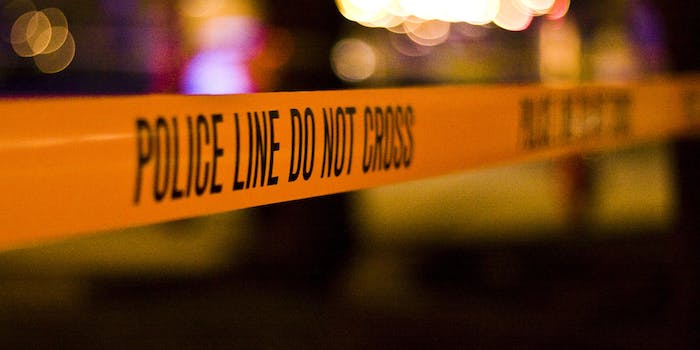 The NBA is still investigating the incident.

A clash between police and several NBA players outside a New York nightclub—which resulted in a fractured fibula for Atlanta Hawks guard Thabo Sefolosha—was captured on video by a bystander.

The video, which was released by TMZ, appears to show police bringing Sefolosha to the ground and striking him with a baton, though it’s unclear if the actions shown in the short video are the ones that caused the injury, which has sidelined him for the remainder of the NBA season.

Unfortunately your browser does not support IFrames.

The incident is currently under investigation by the NBA and National Basketball Players Association. The use of force in this case has come under intense scrutiny, though the official police report insists that Sefolosha and teammate Pero Antic were both interfering with the investigation.

Police were originally called to the nightclub after another NBA player, Pacers forward Chris Copeland, was stabbed in the stomach in an altercation with an unidentified assailant. Sefolosha and Antic were taken into custody immediately outside the nightclub shortly thereafter, and have since been released.