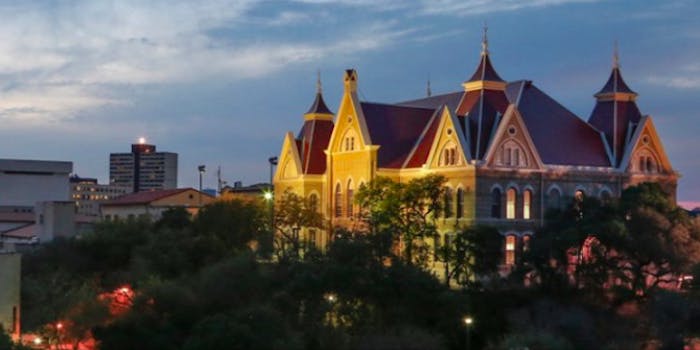 It's another fatal incident involving Greek life, hazing, and alcohol in 2017.

The 20-year-old business sophomore, Matt Ellis, was found unresponsive Monday morning. According to the University Star, the student newspaper, a preliminary investigation revealed that alcohol may have been a factor in his death, but further investigation is still ongoing.

On Tuesday, Texas State President Denise Trauth announced the suspension of all Greek life activities as a result of Ellis’ death. In a statement, Trauth said, “I am deeply saddened by the tragic death of one of our students who attended an off-campus social event on Sunday evening hosted by members of a university fraternity.”

Trauth said, as a result, she has a suspended all Greek fraternity and sororities at Texas State, prohibiting these organizations from holding new-member events, chapter meetings, social functions, and philanthropic activities until a thorough review of the Greek Affairs system is done.

Ellis’ tragic death is joined by other college students who had similar fates by fraternity initiation or another Greek function.

Earlier this month, 20-year-old Andrew Coffey of Florida State University was found dead after an off-campus Pi Kappa Phi party, which he was a pledge of. Alcohol is suspected as a cause of death.

In September, Louisiana State University freshman Maxwell Gruver died after being hazed by Phi Delta Theta, forced to drink an extreme amount of high-proof liquor. About a month after Gruver’s death, 10 current and former LSU students were arrested and charged with hazing.

The Phi Delta Theta national chapter shut down the LSU chapter as a result and LSU created a task force about Greek life.

In February, 19-year-old Timothy Piazza died due to a fractured skull, other injuries, and consuming an excessive amount of alcohol following the initiation for Beta Theta Pi at Pennsylvania State University. Earlier this year, 14 students were facing charges for his death. New details this week revealed video footage that was deleted during the investigation and resulted in 12 more students being charged in Piazza’s death.

Other universities have also recently been dealing with issues surrounding Greek life organizations. Last week the University of Michigan suspended all interfraternity council social functions following multiple sexual assault allegations and hazing incidents. Also last week, the University of Texas at Austin‘s Sigma Alpha Epsilon chapter was suspended by the national body for hazing. Last month, Delta Tau Delta at Penn State was suspended after a student was found unconscious due to drinking.