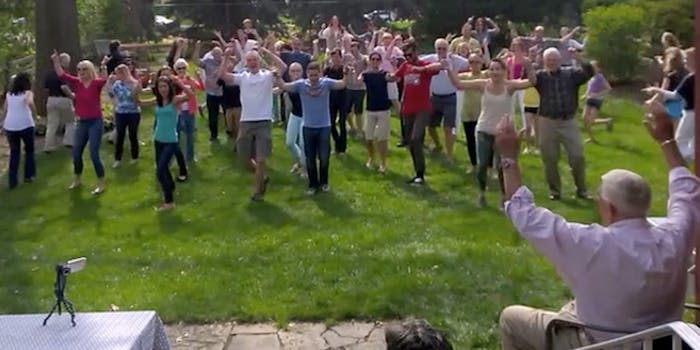 Woman with terminal cancer gets the best flash mob ever

Now this is how you plan a surprise party.

A 56-year-old woman named Amy has been battling ovarian cancer since October 2012. She underwent surgery and chemo, but one year later, in October 2013, her doctor informed her the cancer had come back and was resistant to additional therapy.

This meant Amy’s diagnosis would be terminal.

Last weekend, her daughter organized a party for her mom’s birthday and invited her loved ones and family from five different states to join them. Only Amy didn’t know about it. As you’ll see in the clip below, she finds out soon enough. Slowly, familiar faces start to appear in her backyard, until 50 people are performing a choreographed dance to “Best of My Love,” as she looks on with joy.

You’ll likely happy cry while watching this video. As Amy says, it’s all about living in the present.