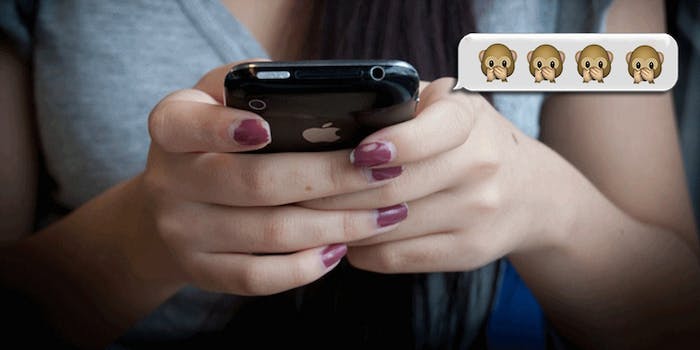 Telling the honest truth is easier over text

The truth hurts, unless you type it.

Maybe you’ve had an experience like this: Your best friend looks at you with big, hopeful eyes and asks if you like her new creeper boyfriend.

Really, it’s hard to be honest.

But if she poses the question via text, you might be able to confess that you think he’s a dud.

It turns out people are more honest when responding to by text or email than they are in person, according to a study by the University of Nebraska.

Sixty percent of the people who responded to the study said they rarely lie in text messages or emails, and 80 percent said they were more likely to express their true feelings when responding by text instead of speaking with someone in person.

It makes sense, when you think about it. You don’t have those judgmental eyes looking at you and you’re not in close physical proximity if the truth isn’t well received.

About half of the study participants said they additionally are more likely to be rude to someone via text.

“While it may not be ideal and it may erode over time our ability to converse face-to-face, it’s here to stay and I think people are making use of it for all sorts of reasons,” Scott Bea, a psychologist at the Cleveland Clinic, told CBS New York.

The next time you’re looking to get an honest answer out of your family and friends, send a text. Just be prepared for the cold truth (and a couple emoji). Besides, it’ll be a while before the whole texting-with-vodka thing is a reality.