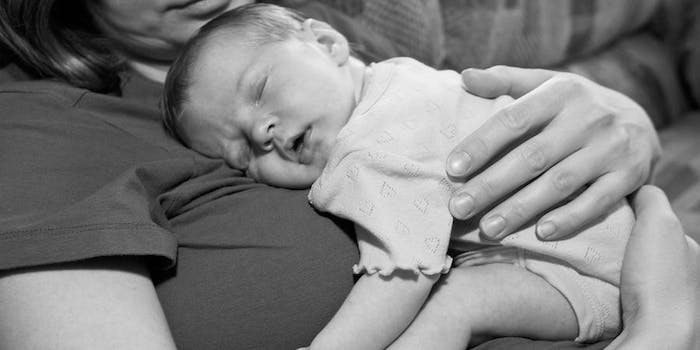 The irony is real.

Generally speaking, TED Talks have a no-kids policy at their events. Unfortunately for a mother and her five-month-old, this rule was non-negotiable, even at TEDWomen, an event intended to celebrate “the power of women and girls.”

At a recent three-day TEDWomen2015 event in Monterey, California, Jessica Jackley, the author of the book Clay Water Brick: Finding Inspiration from Entrepreneurs Who Do the Most with the Least, arrived with her nursing infant in tow. Soon afterward, event staff asked her to leave.

Confused. #TEDWomen2015 “about the power of women and girls.” But working moms? Was just asked to leave bc my nursing 5mo old infant is w me

@obinson I'm just sad. I really love #TED and #TEDWomen and am just bummed to leave. (It's not bc of nursing per se, just no kids allowed.)

Executive producer of TED Media June Cohen told Mashable that choosing to stick to the event policy was a mistake, and that she had invited Jackley back to the conference.

“Clearly this is a policy we need to revisit,” Cohen said, referring to the no-kids rule, which is apparently meant to make the event more “immersive.”

On the plus side, the story has a happy ending: It looks like adequate childcare and nursing options and resources will start to become widely available at TED events, thanks to Jackley’s initiative and Cohen’s quick thinking.

Wow! In the time it took to fly home the amazing @junecohen @TEDWomen team already set up lounge for moms, babies. Setting a great example.