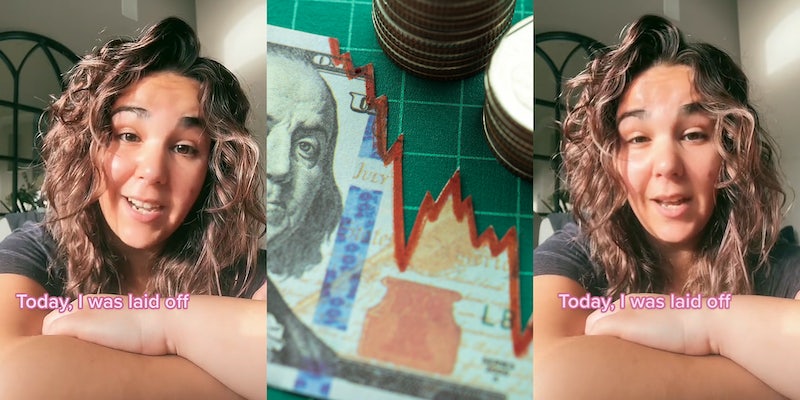 ‘Just finished a call I didn’t think I would be having’: Tech worker says she was laid off from ‘recession-proof’ company

'And it's right before the holidays, so it's just like a whole sh*t storm'

A tech worker on TikTok says she was laid off from her “recession-proof” company without any warning right before the holidays.

The worker, Samantha (@samsramblings), posted a TikTok explaining what happened when she got fired. In the video, she says she signed into a meeting with her direct manager and saw two HR representatives, causing her stomach to “immediately sink.”

Samantha says the layoff “really, really sucked” because her company was supposed to have done restructuring to become “recession-proof” before she was hired. She does not say what company she worked for.

However, she did respond to a comment asking what position she held. “Brand and Content Marketing Manager,” she wrote. “I am a generalist who can handle brand, content, social and product marketing.”

In the video, Samantha adds that the worker who directly reported to her was also going to get laid off, but she wasn’t allowed to warn her. She says the transparency at the company is “awful.”

“You feel awful as a middle manager, like not only is her job gone but my job is gone as well, and there’s nothing I can do about it,” Samantha says. “And it’s right before the holidays so it’s just like a whole shit storm, and it’s really awful.”

Many commenters voiced their sympathies for the TikToker and offered her encouragement.

“Laying people off right before the holidays is shameful. I’m sorry. Praying you find another job soon,” one viewer commented.

Others questioned why Samantha “wasn’t allowed” to tell the other worker they were getting fired.

“Tell your direct remote, who cares about what your ‘allowed’ to do. Write a recommendation letter for her and be ready to be a reference. Good luck,” one user said.

“U should tell her! U don’t work there anymore!” a second user commented.

A third asked, “What would be the penalty if you actually had given your direct record a heads up that this is coming?”