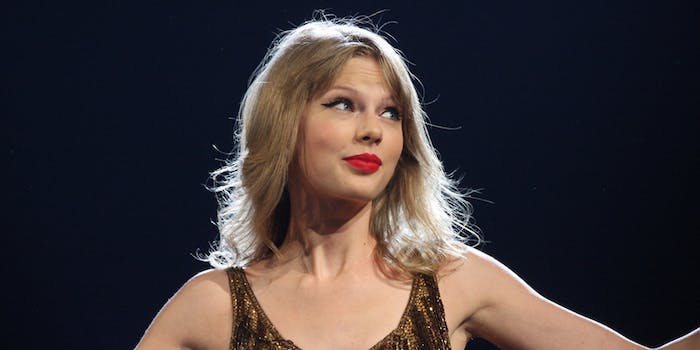 He couldn't be more excited.

A young boy who’s been through a lot in his short life received a visit from his favorite singer.

At just 6-years-old, Jordan Lee Nickerson has been diagnosed with Williams syndrome, a genetic disorder that causes medical problems and developmental delays. At 9 months, he had open heart surgery, and he’s currently battling cancer after being diagnosed with Leukemia last month.

He’s currently staying at Boston Children’s Hospital, where he received a special visit from Taylor Swift. His expression almost instantly brightened. She not only stopped by for a few photos with Nickerson and his family, she talked to him about his one of his favorite superheroes, played him in air hockey, and performed a song with him. His grin is infectious.

He had a round of chemotherapy soon after Swift visited, but he’s feeling better now that he’s got another person rooting for him.