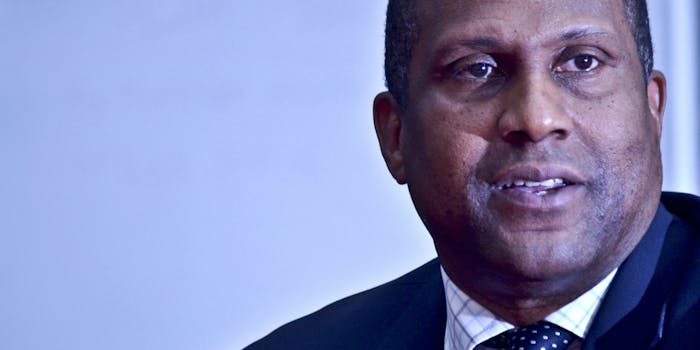 His defense is tone deaf at best.

PBS host Tavis Smiley was suspended from PBS in December after the station said “credible allegations” emerged suggesting he sexually harassed his subordinates. He joins a long and growing list of men facing sexual harassment and assault allegations, including fellow PBS anchor Charlie Rose, who was fired from both CBS and PBS.

But Smiley says he thinks romantic and sexual relationships with co-workers are perfectly fine—because where else are men going to meet women, anyway?

“I certainly understand that there are persons who believe that there is no such thing as a consensual relationship in the workplace,” Smiley explained. “I hear that. I can respect that point of view. But there are other opinions on this.”

He went on to say the PBS employee handbook doesn’t necessarily forbid interoffice relationships and that they can be a good thing. Because apparently, Americans work very long hours, and how is an anchor like Smiley going to go on a date if it isn’t from someone in the newsroom?

"Where else are you going to meet people," Smiley says in response to dating subordinates, citing Americans' insane work weeks. pic.twitter.com/nF1yravdCF

But there’s a major difference between meeting someone at work and using power, influence, or manipulative control to exploit them for personal gain. Accusations against Smiley, for instance, allege that some employees’ jobs were dependent on having sex with him. As a talk show host with a prestigious resume that ranges from NPR to PBS, Smiley is a man with a lot of power over his co-workers. Sexual relationships quickly become loaded with all sorts of power dynamics, ones Smiley may be tone deaf to at best.

There’s a difference between two journalists who work the same beat grabbing drinks and a media figure with enormous influence giving subordinate women a sense of reliance. It’s telling that when Carlson asked Smiley about relationships with employees, the latter immediately defended workplace relationships. Perhaps he doesn’t understand just how important it is to make sure colleagues are given a safe workplace to foster professional connections, not just romantic and sexual ones.