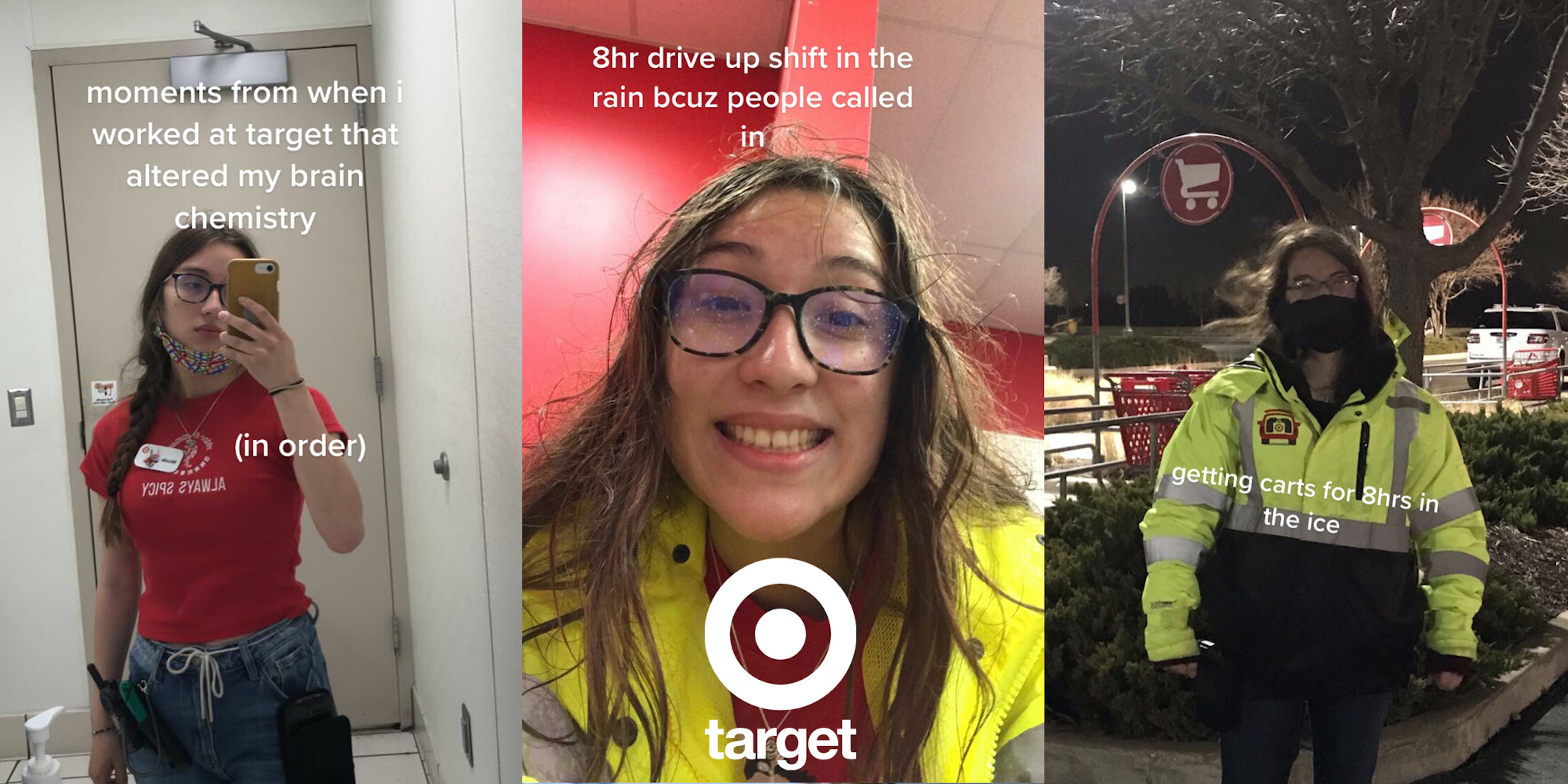 ‘So happy I left!’: Target worker shares reasons she quit—including a promotion with no raise

'Target was toxic when I worked there.'

A Target worker used TikTok to reveal the many reasons she quit her job—including a promotion that didn’t come with a raise.

The worker, Nicole Henderson (@nnicolehedersonn), posted a photo slideshow video illustrating “moments from when [she] worked at Target that altered [her] brain chemistry.” In the video’s caption, she says she’s “so glad” she quit.

One of the first photos in the slideshow shows a handwritten note from one of her former coworkers saying that they quit and were leaving early because they were sick. Henderson says that happened on her first week at the job.

Another photo shows a 46-pound of dog food that a guest allegedly told them to “just throw in the truck bed.” Other factors leading to her quitting included retrieving shopping carts for eight hours in the ice, unwashed employee jackets, “busy af” drive-up times, fetching carts from the other end of the parking lot, and an eight-hour shift in the rain because other employees called out sick. Henderson says managers also started giving employees checklists and she often had to move around enormous orders of sodas.

Additionally, she claims a “Karen” once ordered multiple exercise weights that Henderson had to move to her car—resulting in a cart that weighed 220 pounds. Another time, Henderson says it was “10,000 degrees out,” and her managers gave employees warm Gatorade.

To top it all off, Henderson claims she received a promotion to shift lead, but it didn’t come with a raise.

Viewers said they wouldn’t accept a promotion without a raise, either.

“Promotion without a raise? Ya I’d be out too,” one viewer commented.

“Promoted but no raise? hell nah,” another wrote.

Some users claimed Target is a “toxic” place to work.

“Bro the drive-up system is so toxic,” one user said.

“Target was toxic when I worked there 14 years ago. So happy I left!” a second user wrote.

The Daily Dot reached out to Henderson via TikTok comment and to Target via email.