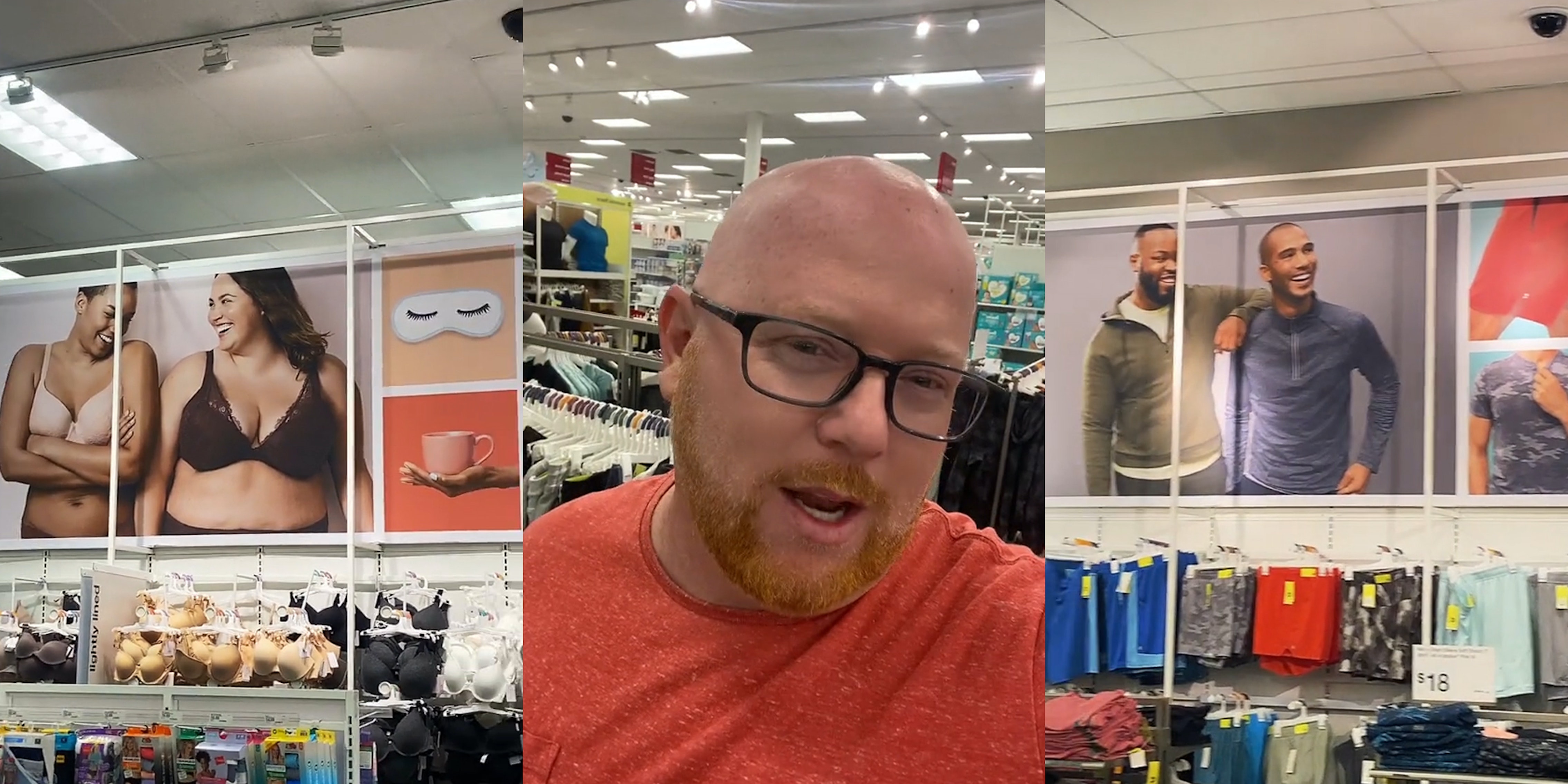 ‘I hadn’t noticed but it’s so true’: Target called out for excluding men from its plus-size models

'So women get overweight models to help them feel more comfortable, but men don't?'

Target’s plus-size model campaign is under fire on TikTok for representing plus-size women but not plus-size men. One TikToker is calling the company out for its apparent double standard.

The TikToker, Danny Hill (@djdannyhill), self-identifies as a “big person” and says it’s unfair that he doesn’t see himself represented in Target’s male models. He posted a video to the platform this month showing the difference in body types shown in men’s and women’s sections in the store.

In the video, the TikToker zooms in on several posters showing a range of plus-size female models inside a Target store.

Then he zooms in on several posters of Target’s male models, who he describes as “super skinny” and “ripped.”

“So women get overweight models to help them feel more comfortable, but men don’t?” Hill says in his video. “OK, Target, I see your game. Very gender, sex, bigot—I’m not sure what it’s called, but I’m mad about it.”

The video prompted a range of emotions from commenters, with some seeming to laugh the matter off and others upset that they can never find clothing that fits.

“I’m not sure what it’s called but I’m mad about it [laughing emoji],” one viewer commented, laughing at Hill’s comment.

“I hadn’t noticed but it’s so true [laughing emoji],” another user wrote.

Several other viewers shared their own experiences shopping at Target for plus-size clothing.

“I had this exact same conversation with my wife the last time we were at @target ! I’m a 3XL and the only clothing I can ever buy there is socks! :(,” one user commented.

“Felt this. my girl told me it’s so hard to find clothing in plus sizes like they don’t get a section in almost every store. where’s our big and tall??” a second asked.

But some viewers argued that the size of Target’s models is irrelevant to them. “Why do people care? I don’t even pay attention to it. I’m there to buy something, not look at the models,” one of those users commented.

The Daily Dot reached out to Hill via TikTok comment and to Target via email.