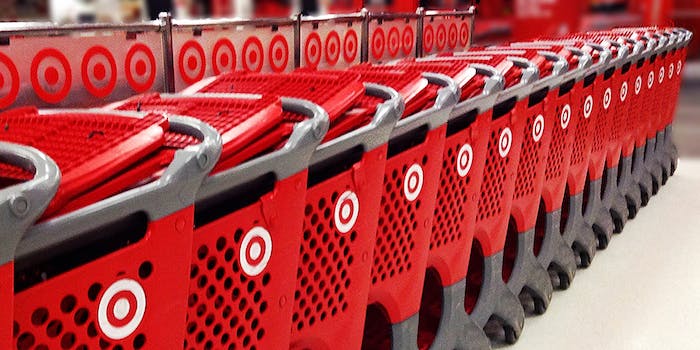 Why this man who trolls outraged Target customers is a social justice warrior.

Haters: They’re gonna hate. But that doesn’t mean you have to let them get away with it. And that’s why one Facebook vigilante took it upon himself to take down commenters on the official Target page who were expressing frustration about their plans to remove gender labels for certain children’s products.

Mike Melgaard was cruising the Target page Sunday night when he noticed people commenting that they’d be withdrawing their patronage after the news about Target’s new labeling broke.

He decided to change his avatar to the Target bullseye and his name to “Ask ForHelp” so that he could pose as a customer service representative. From there, he replied to the angry commenters—50 of them, to be exact. And it took 16 hours for the official Target people to catch on. 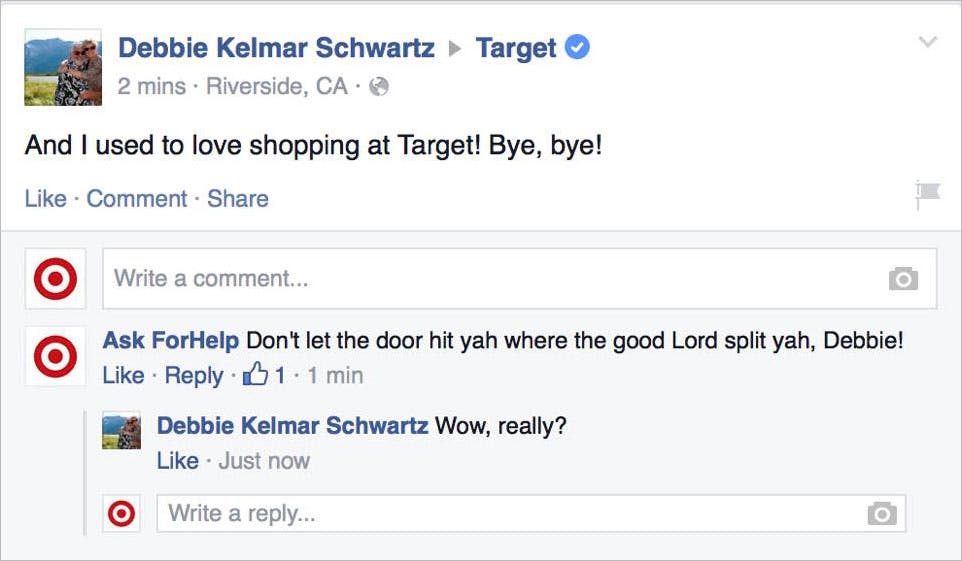 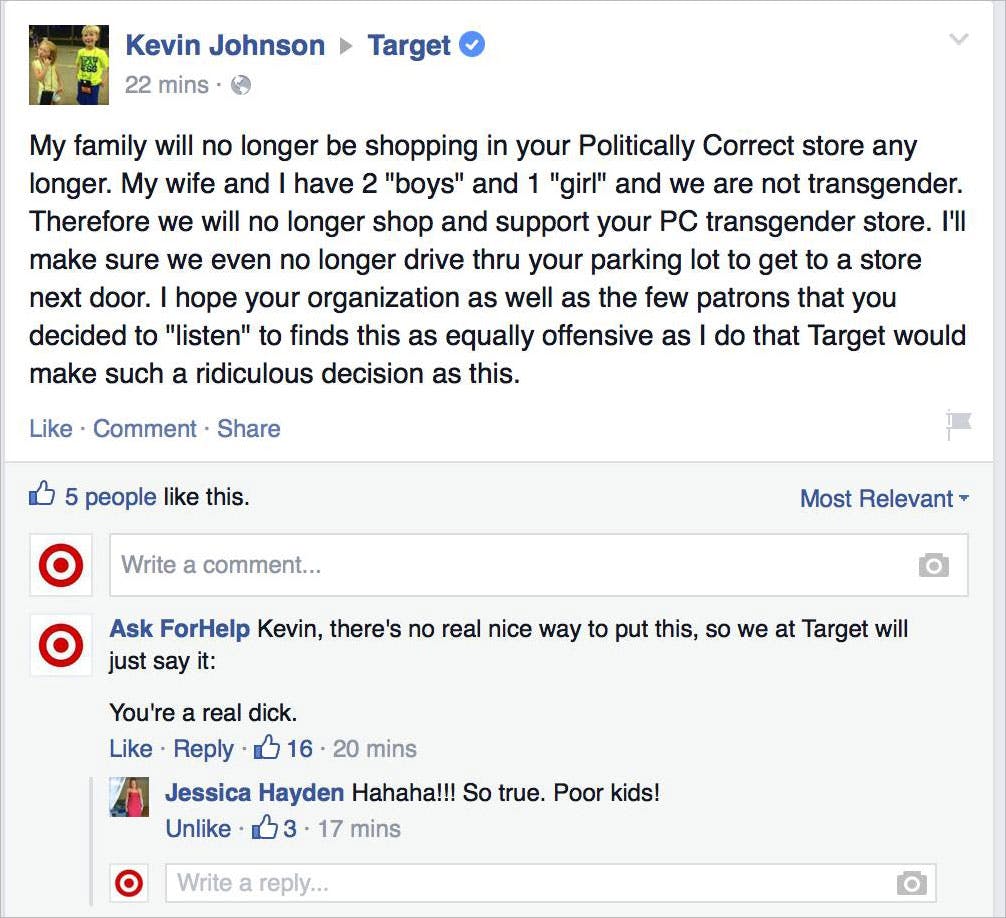 And if you can believe it, someone with a Confederate flag avatar was outraged about Target’s gender-neutral decision. 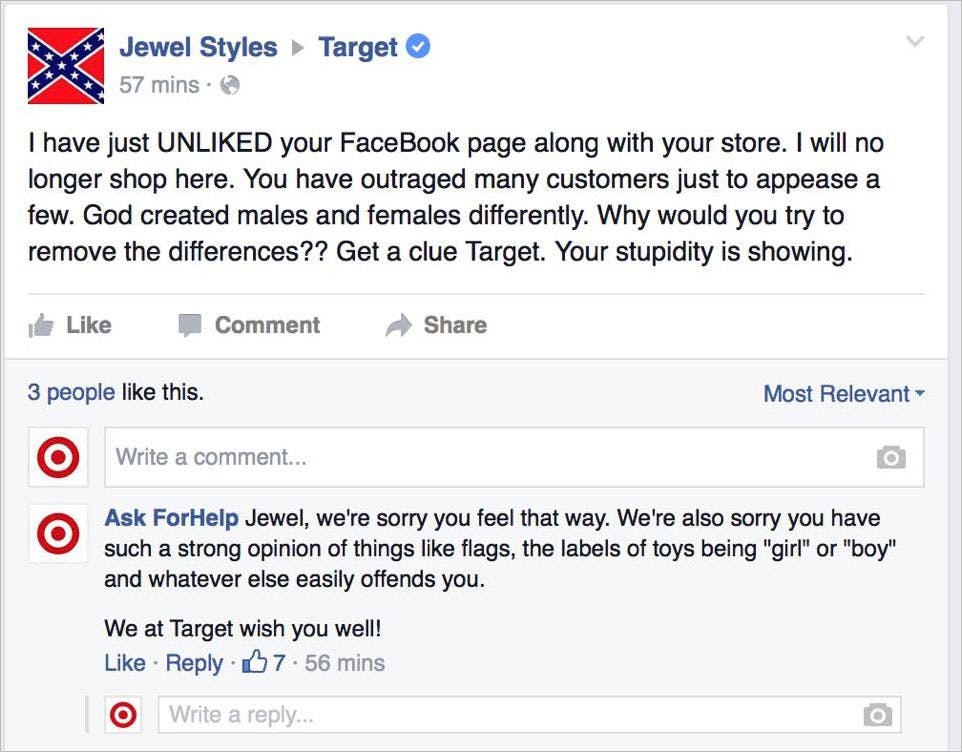 As the Daily Dot reported in early June, a mother in Ohio was outraged over her local Target’s labeling of the children’s building sets aisle. She shared a photo, which rippled across the web.

Target stood by its labeling at the time. But just two months later, it announced a change of heart. In a blog post published late last week, a statement said the following:

We heard you, and we agree. Right now, our teams are working across the store to identify areas where we can phase out gender-based signage to help strike a better balance. For example, in the kids’ Bedding area, signs will no longer feature suggestions for boys or girls, just kids. In the Toys aisles, we’ll also remove reference to gender, including the use of pink, blue, yellow or green paper on the back walls of our shelves. You’ll see these changes start to happen over the next few months.

Melgaard, for his part, is pretty proud of what he’s done. He told AdWeek, “I definitely side with Target and support their decision wholeheartedly. That being said, this was, for me, more about the laughs. I absolutely love satirical humor, and I think America could use a little more laughter.”

Well, I went viral on facebook because of these: pic.twitter.com/JXnDaYTxm6

But before we go praising him as a comedic genius, just…watch this.