Target refuses to profit from global clown scare this Halloween

Vigilantes are chasing them off the streets, from the U.K. to Chicago. Even Ronald McDonald is lying low.

Now Target has quietly pulled at least two clown costumes off its shelves, including the “happy clown latex half mask,” featured below, and an “adult clown mask,” which was one of the site’s most popular products, according to the site’s search results. 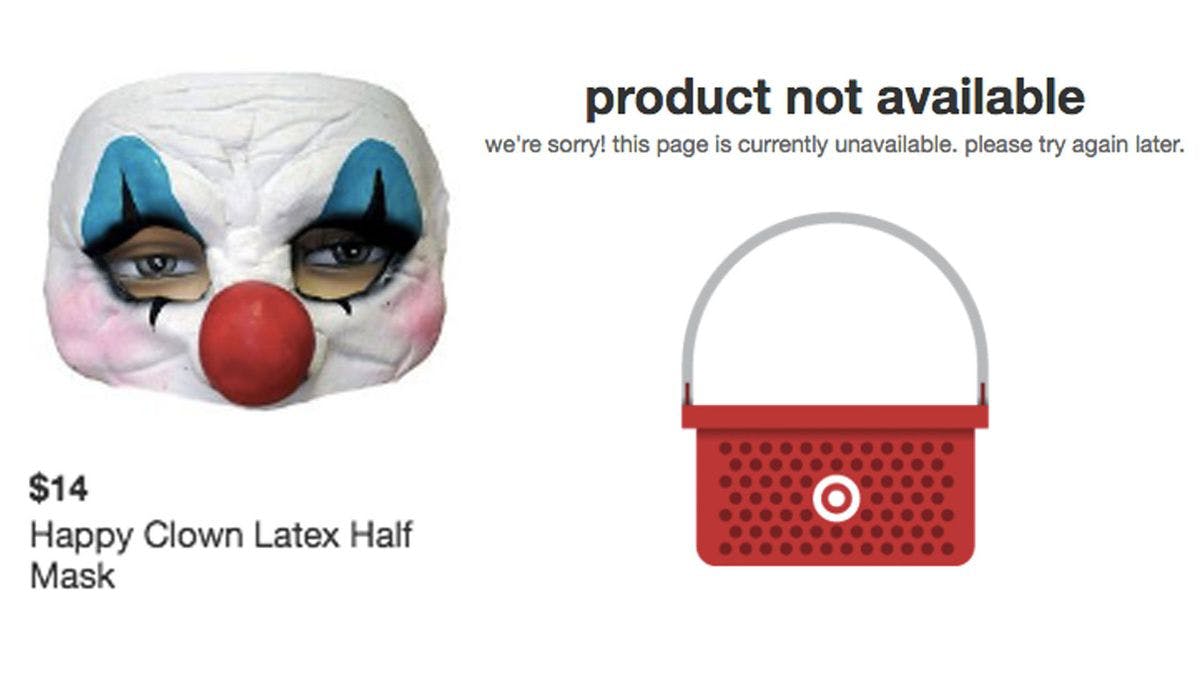 “Given the current environment, we have made the decision to remove a variety of clown masks from our assortment, both in stores and online,” a spokesperson for Target confirmed to Mashable.

As of press time, the entire catalog of Insane Clown Posse is still available at Target, which is a far greater crime against humanity.