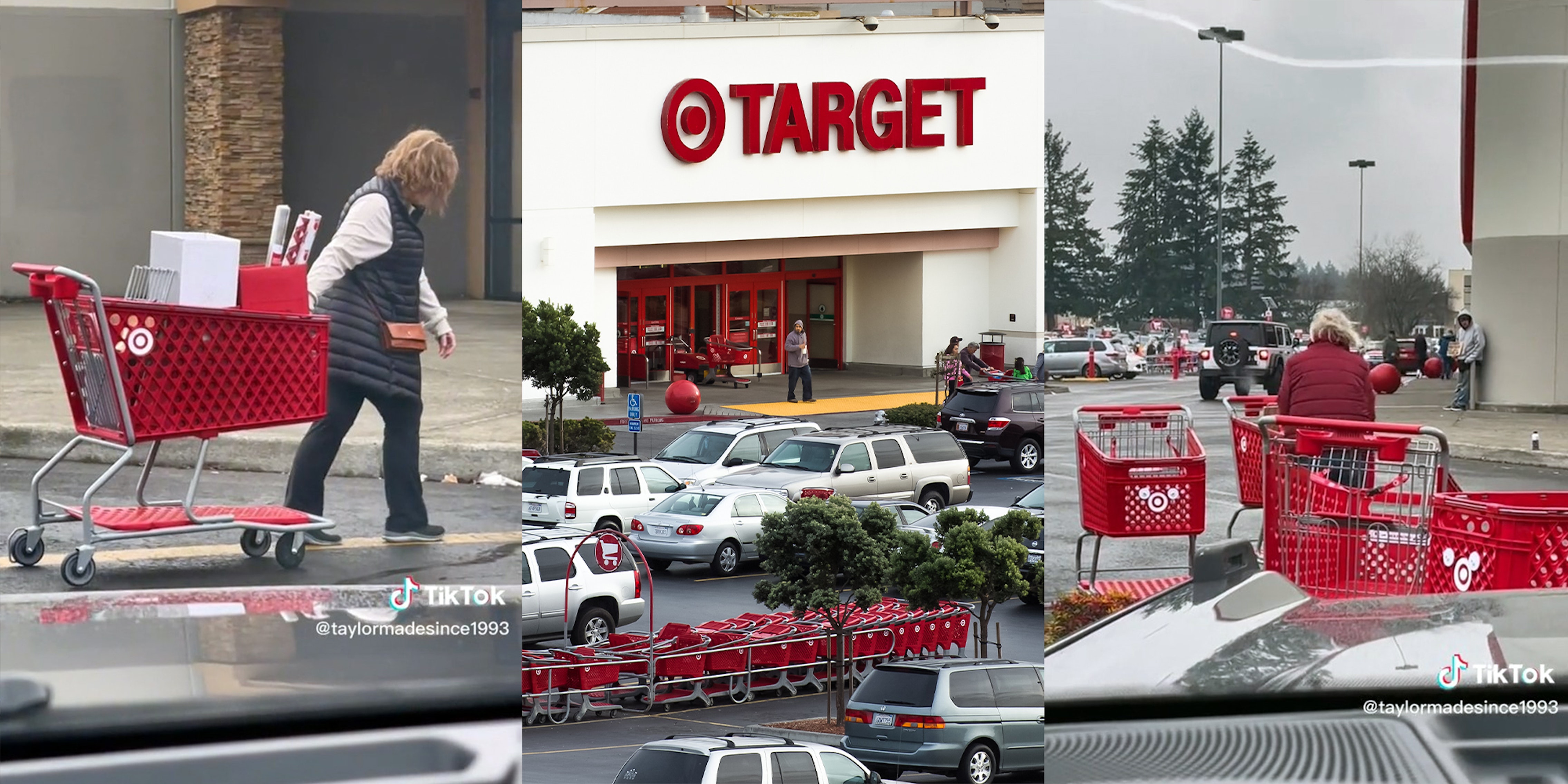 'This is a total fail on your part, Target.'

Adapting to change can be a challenging process for customers, especially when it involves new technology or policies that directly impact a person’s daily routine.

This was evident in a recent viral video on TikTok, which depicted customers at a Target struggling to adjust to the store’s new anti-theft cart sensors.

The video, filmed by Taylor Ann (@taylormadesince1993) from a car in the store’s parking lot, shows dozens of customers struggling to move carts that had been locked by the anti-theft sensors, leading to confusion and frustration.

“You probably don’t know this, because it’s clearly a new thing, but Target has installed sensors on the carts, which make it so the carts can’t go outside a certain parameter of Target,” says Taylor Ann, as she shows footage of a woman puzzled with the fact that her cart’s wheels suddenly locked in place.

Taylor Ann continues, “We’ve been sitting outside Target recording people, having the same realization we just had.”

Accompanying her narration is a montage of people bewildered as their carts suddenly stop moving and them trying different techniques of moving them, whether it’s pushing, pulling or even lifting them up in the air.

The viral video, which was posted on Dec. 21, managed to amass over 4.6 million views as of Sunday, with many users pointing out the issues with the new technology in the comments section.

“It’s so dangerous for them to just stop in the middle of the parking lot. Can’t imagine having kids in the cart too!” one commenter said.

“This is a total fail on your part target,” another user pointed out. “Make the parameter within the plot of your store not in the middle of the damn parking lot.”

“Looks like their parking lot is going to be full of carts that won’t roll lol,” another commenter chimed in.

Many viewers found the video to be hilarious which prompted the TikToker to post a part 2 where she shows another montage of unsuspecting “victims” struggling to deal with the carts.

The Daily Dot has reached out to Taylor Ann via TikTok comment and Target via press email.