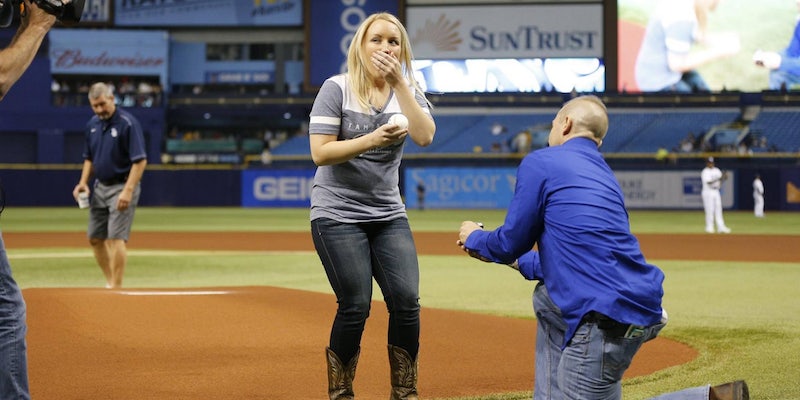 It's a love story for the ages.

Last Monday, Melissa Dohme was given the honor of throwing the first pitch at a Tampa Bay Rays game.

Two hours after posting her fan selfie, she got back on Facebook and shared some wonderful news.

Engagement stories are always nice to hear, but here’s why this one in particular is one for the books.

Dohme is a domestic abuse survivor and was actually at the game to serve as a representative for Hands Across the Bay, an organization that caters to families in crisis. According to WFLA News, she was stabbed multiple times by her ex-boyfriend in 2012. A firefighter named Cameron Hill came to her rescue and helped get her nearly-fatally wounded body to the Bayfront Medical Center.

Two months after the accident, Dohme and Hill reconnected. The rest, as they say, was history.

Watch the video below to see the best home run we’ve seen in a long time.