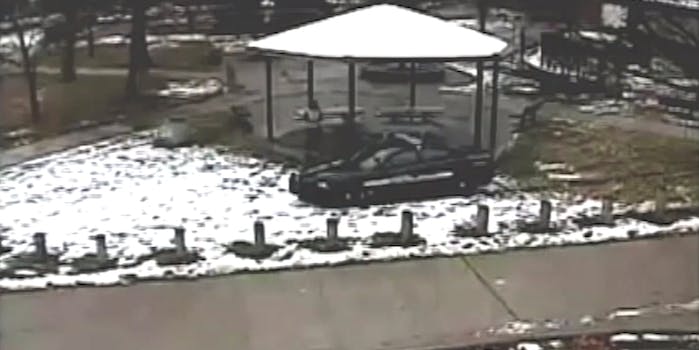 A minute-by-minute look at a tragedy.

It began with a swap: one boy’s cellphone for another’s replica of a Colt pistol.

One of the boys went to play in a nearby park, striking poses with the lifelike, airsoft-style gun, which fired plastic pellets. He threw a snowball, settled down at a picnic table and flopped his head onto his arms in a perfect assertion of preteen ennui, a grainy security video shows.

Then, with the gun tucked away, he walked to the edge of the gazebo. He might have been wandering aimlessly, or he might have been attracted by the sight of a squad car barreling across the lawn.