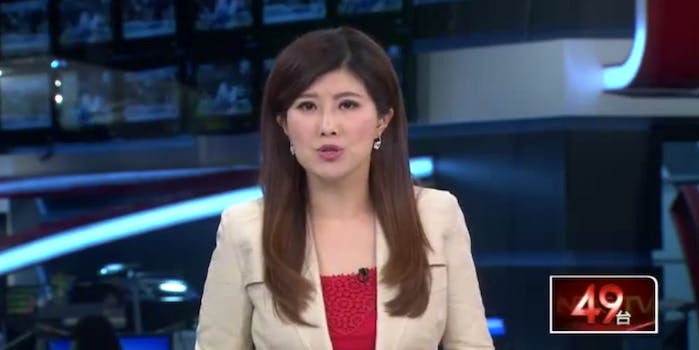 No one should ever find out such heartbreaking news this way.

A personal tragedy can strike at any time, but people usually aren’t on live TV when they receive the news.

CtiTV news anchor Erich Shih was found dead in his home in Taipei on Thursday of a suspected suicide, but his friend and colleague Lee Chingyu at Next TV News apparently didn’t know about his death until she received the breaking news bulletin on her teleprompter.

Her professionalism is admirable. She manages to keep it together, but it’s still heartbreaking to watch.

Turn on the captions to find out what the anchor is saying (they’re actually pretty decent, for YouTube captions), but even if you don’t, grief is a universal language.