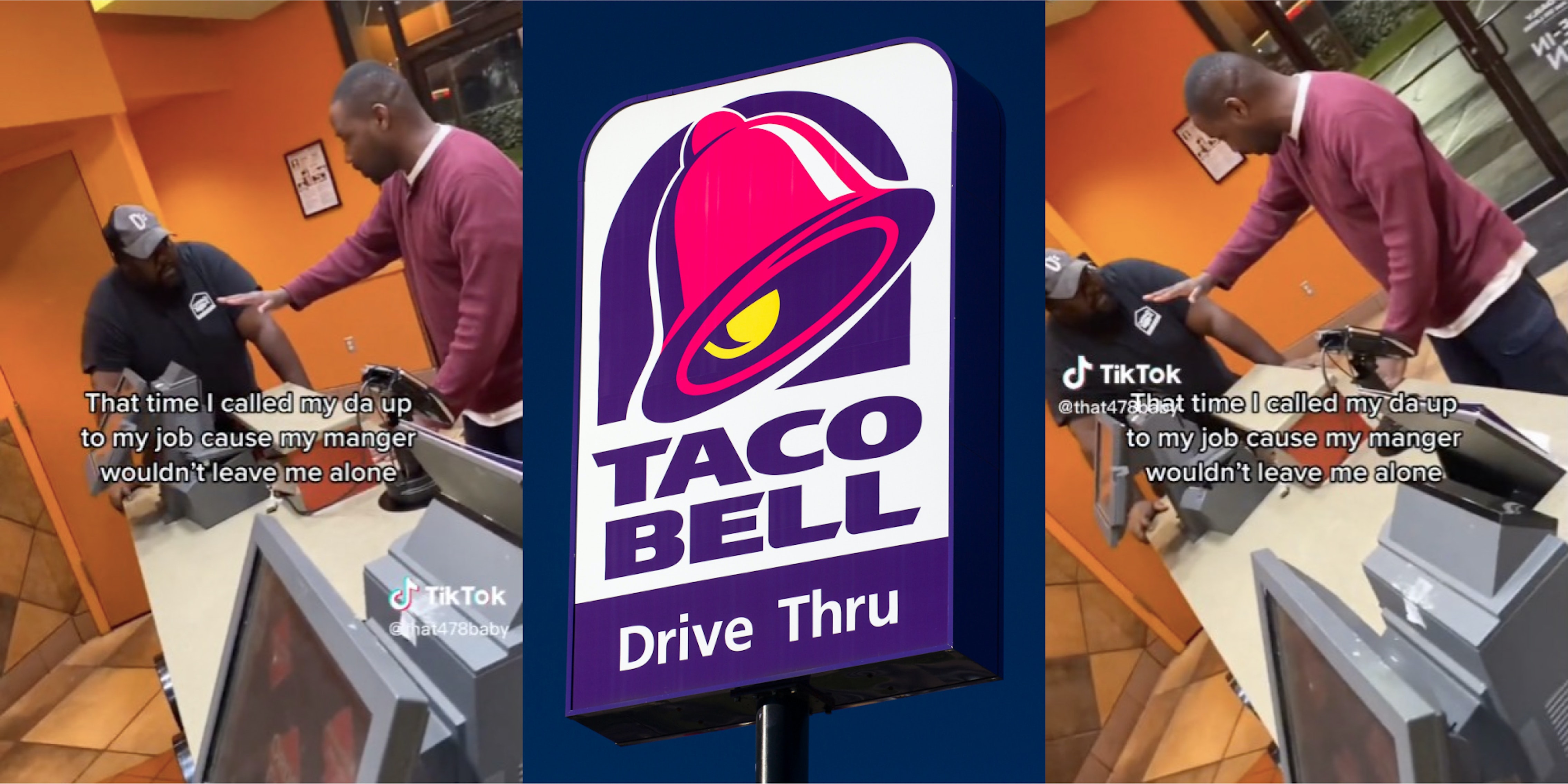 'Just waiting on what HR say about the situation.'

In a viral TikTok video, a Taco Bell workers reveals that she called her dad and asked him to come to her job to confront her manager.

The Taco Bell worker (@that478baby) did not show what happened when her dad arrived at the fast-food restaurant. The 5-second video seemed to be made mostly for comedic value.

“Let me show you exactly how much of a psycho crazy bitch I can be,” the video’s sound says.

In the video, a Taco Bell manager talks to another man, who is presumably the worker’s dad. It is unclear what exactly prompted the worker to call her dad, other than wanting to be left alone by her manager.

“That time I called my da up to my job because my manager wouldn’t leave me alone,” the video’s on-screen text says.

The video prompted a few jokes from viewers, some of whom said they’re dads aren’t present enough to rescue them from a Taco Bell manager.

“Step one: have a present dad, got it,” one viewer commented.

“Damm I already lost I don’t have a dad!” another viewer commented.

But others commented that the Taco Bell worker should do what she has to do, even if that means calling a parent to her job. Some said they’ve done the same thing.

“As you should,” one user said.

“Yesss period. This one coworker kept hitting on me since day one I was hired. I called my dad and idk what my dad said but he avoids me bad,” a second user wrote.

“As you should! Dads will always protect their daughters!” a third commented.

Multiple viewers commented asking the TikToker to share the full video with its actual audio. Others asked for a storytime. In a comment on the video, the TikToker wrote, “Story time coming y’all just waiting on what HR say about the situation.”

The Daily Dot reached out to @that478bab via TikTok comment.