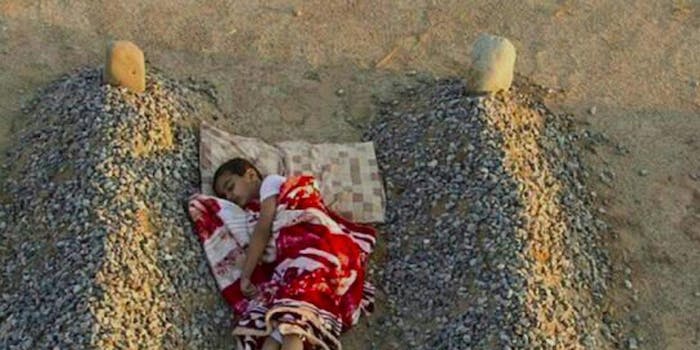 The photographer tells the real story behind this shocking image.

Reddit users called the image “depressing,” “heartbreaking,” and the saddest photo they had ever seen.

It featured a young Syrian boy sleeping on the ground between the graves of his parents. With no context or caption, many in the community assumed both adults were killed in the ongoing Syrian Civil War that has taken the lives of more than 100,000 people. 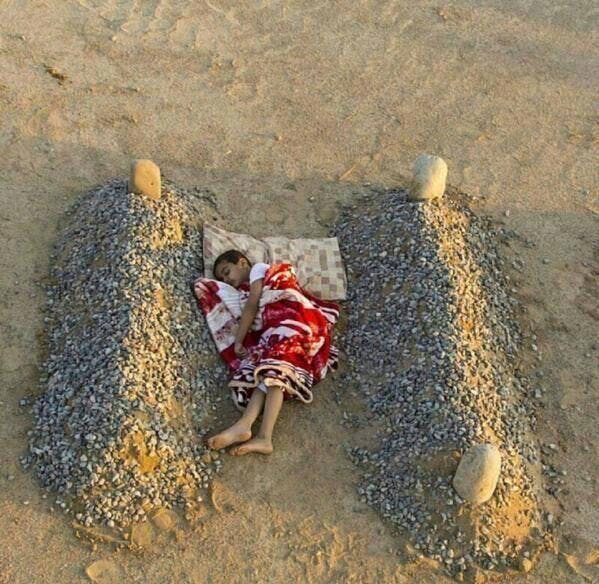 But just as quickly as the photo tugged at redditors’ heartstrings, the fact finding sleuths of r/pics discovered that it was staged.

The photo was originally taken on Jan. 3 by photographer Abdel Aziz Al-Atibi in Saudi Arabia as part of a conceptual art project.

“I’m a photographer and I try to talk about the suffering that is happening in society, it’s my hobby and my exaggeration is intended to deliver my idea,” Al-Atibi told Beirut. 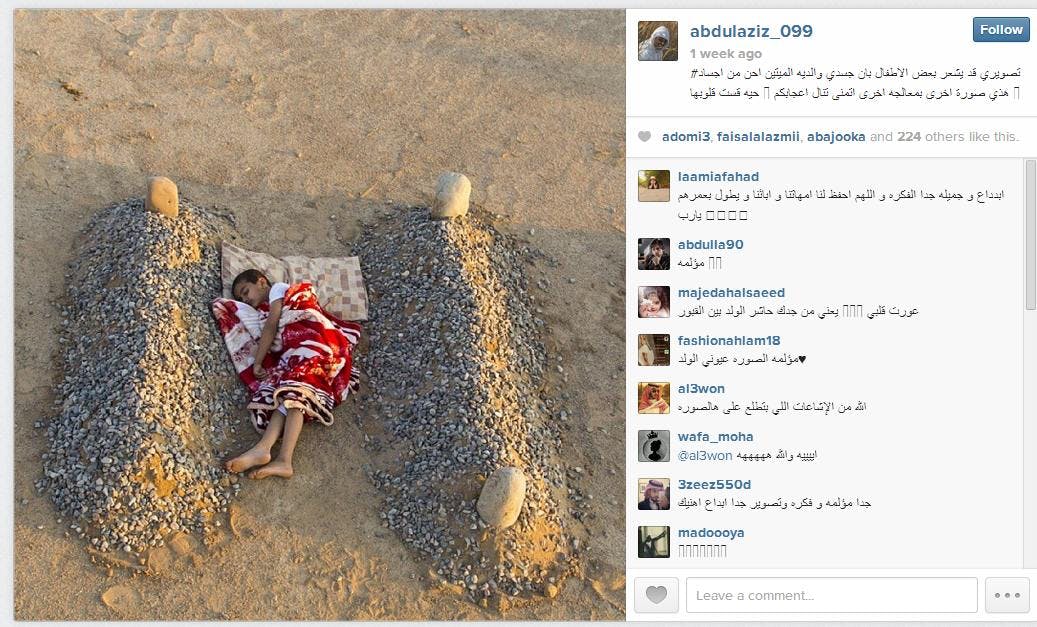 The account also contained a photo of the boy from a different angle. 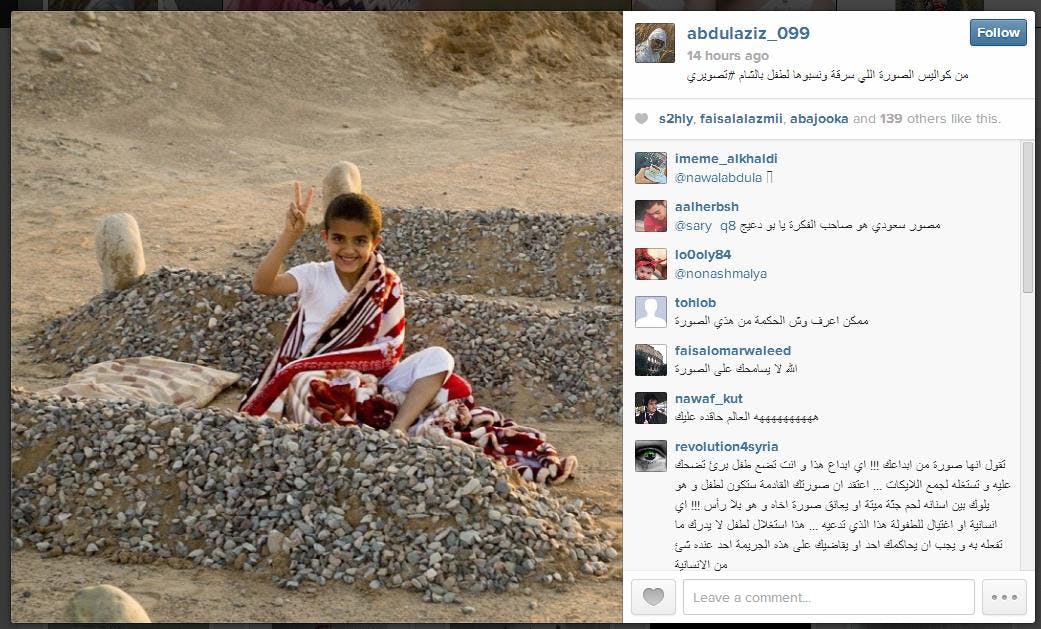 Many redditors felt betrayed, while a few pointed out that while the photo may be a fabrication, its message is not.