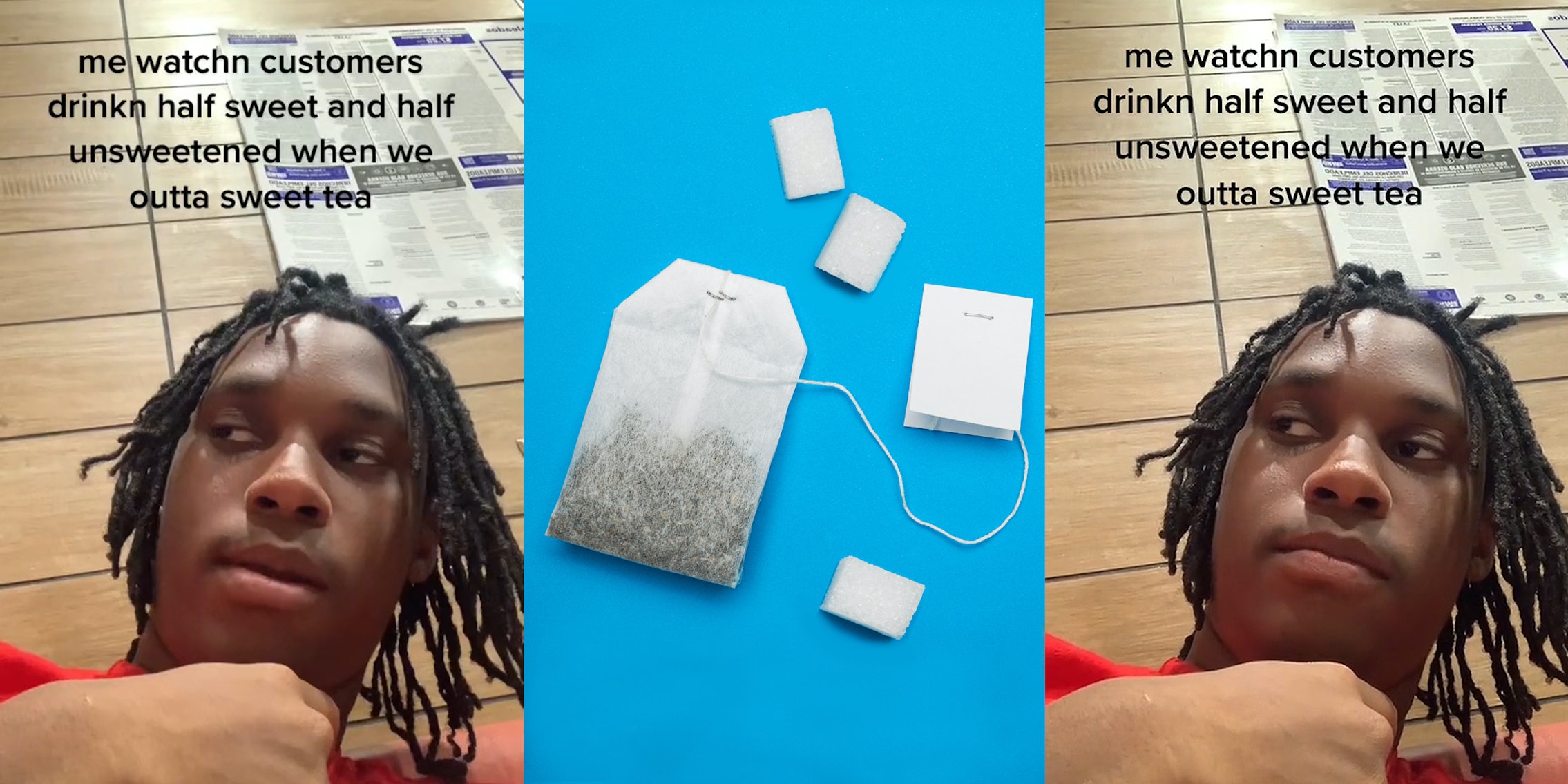 ‘I rather you tell me you ain’t got it’: TikToker shares server hack for what to serve customers when sweet tea runs out

'I do like 90% sweet and the rest unsweet just bc they’re always the rudest ones.'

A TikToker recently revealed what they do when a customer orders sweet tea when their restaurant is supposedly out of it.

In a short video posted to TikTok, user @kamfrmdaeast said that if the situation arises, he’ll mix sweet and unsweet tea without telling customers.

@kamfrmdaeast doesn’t speak in his video but divulged the “hack” through text overlay on the video screen. His TikTok has over 149,000 views.

“Me watching customers [drinking] half sweet half unsweetened when we outta sweet tea,” reads the video text. @kamfrmdaeast nods slowly in the background—apparently watching a customer drinking the concoction.

It’s not clear from @kamfrmdaeast’s video which restaurant he works at if any; it’s also not clear whether he deploys this hack because his restaurant is really out of tea, or because he simply doesn’t want to make more.

Mixing both sweet and unsweetened tea, however, is nothing new. Places like Sonic have long offered this as a beverage choice for guests. Other reports suggest that this drink is more popular in the South—referring to it as “half-and-half.”

Still, not every commenter was on board with the drink switch-up.

“I rather you tell me you ain’t got it,” reads one comment.

“You mean sugar water? We know,” another comment says.

“That’s why it b tasting like milk,” wrote another user, whose comment was accompanied by an eye-roll emoji.

Other servers, however, admitted to doing the same thing.

“I do like 90% sweet and the rest unsweet just bc they’re always the rudest ones,” wrote one commenter.

“When the sweet tea [runs] out, I be pumping liquid sugar in the unsweet,” said one supposed restaurant employee. To this comment, @kamfrmdaeast responded: “Same shit.”

The Daily Dot reached out to @kamfrmdaeast via TikTok comment.