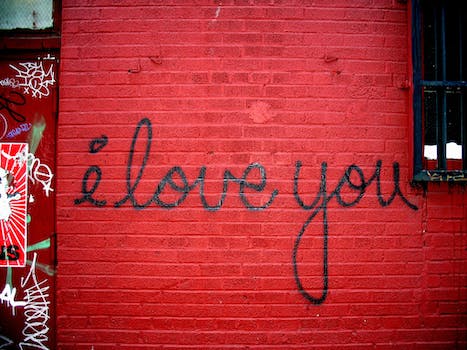 The #SurvivorLoveLetter hashtag has become a movement for sexual assault survivors

'This project was teaching me how to love myself even at my worst.'

Survivors of sexual violence are expressing love in a profound and personal way this Valentine’s Day: by writing love letters to themselves.

A project and hashtag movement called #SurvivorLoveLetter started by Tani Ikeda—filmmaker and founder of imMEDIAte Justice—empowers people who are survivors of sexual violence to tell their story in whatever way they feel comfortable and discuss how they heal personally and within the community. This is the second #SurvivorLoveLetter day.

On Feb. 14, messages of survival, hope, resilience, and love flooded Instagram, Twitter, and Tumblr. Survivors, along with their family and supporters within the community, penned letters of self-love.

“#SurvivorLoveLetter was an act of defiance, a declaration of self-love and a call to allies to honor the survivors in their lives,” Ikeda said in an email to the Daily Dot. “I imagined what it would mean for my younger self to wake up on Valentine’s Day and read message after message of public support for surviving. That’s when I knew I wanted to create #SurvivorLoveLetter.”

My #survivorloveletter. Proud to be part of this wonderful event flooding the internet w/ ♡ for survivors. pic.twitter.com/hJBkCCsxDd

According to the anti-sexual assault organization RAINN, one in six women has been a victim of attempted or completed rape in her lifetime, and survivors of sexual assault are more likely to suffer from depression or PTSD, experience alcohol and drug abuse, and contemplate suicide.

The #SurvivorLoveLetter project began last year after Ikeda wrote her own personal love letter on Valentine’s Day. She is a survivor of sexual assault, and the holiday has always been a triggering time for her, Ikeda explained. Last year she wrote the first-ever #SurvivorLoveLetter in her journal:

After surviving my rape I spent 10 more years surviving chronic depression and a perpetual feeling that I had to continue to fight for my life. This is my survivor love letter. Don’t give up on your own happiness.

Despite the harassment women can get on social media when publicly discussing personal issues like sexual assault, abortion, and body image, Ikeda says there hasn’t been a single troll using the hashtag.

By reading the hashtag and responses to the messages, you can understand just how much the movement to express self-love and connect with fellow survivors has on individuals who have experienced sexual assault. But it’s the emotions felt in private that we don’t see that can illustrate the success of the movement.

Kelley Calkins, writer for The Establishment, describes how last year’s #SurvivorLoveLetter event impacted her personally when she accidentally stumbled upon the hashtag.

I didn’t know, then, the impetus for the project or anything about its founder, or why it coincided with Valentine’s Day, or what its explicit goals were. I just knew, as I pored through the hashtag and read letter after letter, that I’d found true solidarity with fellow sexual assault survivors—and that it was loosening and unmooring some of the pain and self-loathing that had kept me anchored in the depths.

Ikeda receives letters regularly through Tumblr, so it’s grown from a daylong ritual of self-love to a movement she experiences daily. Ikeda says she’s spoken to people with family members who committed suicide after experiencing sexual assault, and met one woman who survived “unspeakable violence” and became an advocate for survivors of sexual assault.

What started out as a personal reflection on her own trauma has turned into a space for other survivors. Although Valentine’s Day marks the official #SurvivorLoveLetter day, she shares them throughout the year.

The love letters and the stories behind them have ardently affected Ikeda.

“Each time I posted a letter it felt like sending out a small prayer in the hopes that someone would read it at just the right moment and feel seen,” Ikeda said. “This became a part of my everyday life. Sometimes the letters sent pain through my whole body and sometimes they felt like a small reminder to love myself. In the course of a year, these love letters shifted something inside of me. When I felt depressed or overwhelmed I held my hands over my heart and sent myself love. I gave myself the time I needed to feel things I hadn’t felt in years and I let myself cry. This project was teaching me how to love myself even at my worst.”

Photo via lunchtimemama/Flickr (CC BY 2.0)