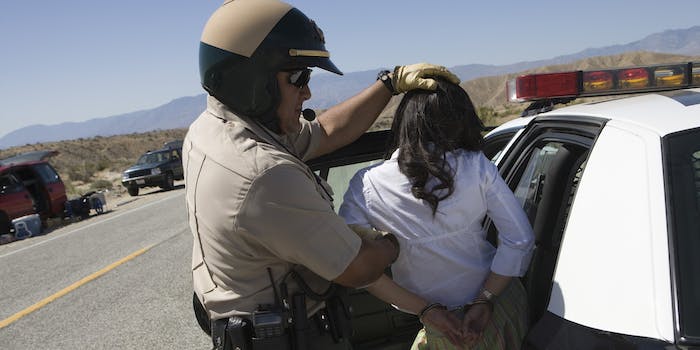 Many are saying this ruling is controversial.

On Monday, the United States Supreme Court sided with the state of Utah on a Fourth Amendment search case, ruling that police can use evidence of a crime in court from an unconstitutional search if they find the suspect has one or more outstanding arrest warrants.

But it’s the dissenting opinion in the case that has the Internet talking.

The Court voted 5-to-3 in Utah v. Strieff to reverse a decision of the Utah Supreme Court on an earlier case.

In December 2006, an anonymous source called the South Salt Lake police drug-tip line to report “narcotics activity” at a home. A detective who was watching the home, Douglas Fackrell, was observing visitors when he saw Edward Strieff Jr. exit the house. Fackrell detained Strieff, identified himself, and questioned Strieff before realizing Strieff had an outstanding arrest warrant for a traffic violation. While Fackrell searched Strieff for the arrest, he discovered methamphetamine and a drug pipe.

“This case allows the police to stop you on the street, demand your identification, and check it for outstanding traffic warrants—even if you are doing nothing wrong,”

Strieff challenged his arrest and moved to suppress the evidence found, arguing that the officer lacked reasonable suspicion and that the drugs were derived from an unlawful investigatory stop. The district court denied the motion, allowing the evidence to be used in court, and the Utah Court of Appeals upheld their decision. In 2015, however, the Utah Supreme Court reversed and ordered the evidence suppressed.

“While Officer Fackrell’s decision to initiate the stop was mistaken, his conduct thereafter was lawful,” Justice Clarence Thomas wrote for the majority. “The officer’s decision to run the warrant check was a ‘negligibly burdensome precautio[n]’ for officer safety.”

Thomas continues: “Evidence is admissible when the connection between unconstitutional police conduct and the evidence is remote or has been interrupted by some intervening circumstance.”

This decision prompted dissents from three of the court’s liberals: Justices Sonia Sotomayor, Elena Kagan and Ruth Bader Ginsburg. Many have also said that this ruling is controversial because it allows police to stop anyone who they think may have an outstanding arrest warrant.

“This case allows the police to stop you on the street, demand your identification, and check it for outstanding traffic warrants—even if you are doing nothing wrong,” Sotomayor wrote in a dissent with Justice Ginsburg that has become the focus of attention online. “If the officer discovers a warrant for a fine you forgot to pay, courts will now excuse his illegal stop and will admit into evidence anything he happens to find by searching you after arresting you on the warrant.”

Sotomayor adds: “By legitimizing the conduct that produces this double consciousness, this case tells everyone, white and black, guilty and innocent, that an officer can verify your legal status at any time. It says that your body is subject to invasion while courts excuse the violation of your rights. It implies that you are not a citizen of a democracy but the subject of a cartel state, just waiting to be cataloged.”

Sotomayor notes that people of color are frequently subjects of racial profiling and that Strieff being white proves that anyone can be violated.

“It is no secret that people of color are disproportionate victims of this type of scrutiny. For generations, black and brown parents have given their children the ‘talk’— instructing them never to run down the street; always keep your hands where they can be seen; do not even think of talking back to a stranger—all out of fear of how an officer with a gun will react to them,” she wrote, echoing James Baldwin, Ta-Nehisi Coates, and W. E. B. Du Bois.

Justice Kagan also expressed her worry that Strieff could lead to unconstitutional searches by police.

“… So long as the target is one of the many millions of people in this country with an outstanding arrest warrant, anything the officer finds in a search is fair game for use in a criminal prosecution,” Kagan wrote. “The officer’s incentive to violate the Constitution thus increases: From here on, he sees potential advantage in stopping individuals without reasonable suspicion—exactly the temptation the exclusionary rule is supposed to remove.”

Both Kagan and Sotomayor referred to the town of Ferguson, Missouri, where unarmed, black teen Michael Brown was shot and killed in 2014. In their population of 21,000 citizens, 16,000 people had outstanding warrants against them.

In his majority opinion, Thomas disagrees with claims that Strieff will lead to racial profiling by police.

“Strieff argues that, because of the prevalence of outstanding arrest warrants in many jurisdictions, police will engage in dragnet searches if the exclusionary rule is not applied. We think that this outcome is unlikely,” Thomas writes.

Strieff’s attorney, Joan Watt, did not immediately return our request for comment.