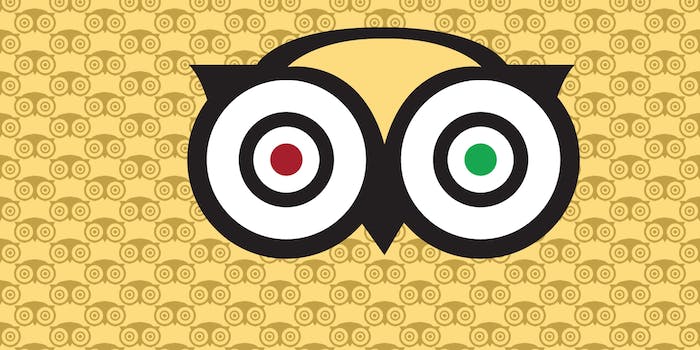 How to become a TripAdvisor superstar reviewer

While it might not rank with the delight of getting that call from Publishers Clearing House, I was supremely delighted when TripAdvisor declared me a reviewing superstar. The ego stroke read as follows:

Rating bubble
You’re in the top 3%
With 21,342 readers, you’re one of the most popular reviewers in Scottsdale. Keep those great opinions coming.
Add a Review

Cup half full, that places me among 6,800 or so elite Scottsdaleans, assuming each citizen is a TripAdvisor reader. Half empty, I am in the elite company of 1.8 million members of the travel site which has more than 60 million in its fold. Either way, my singular style and understanding of how to gain reader’s attention has turned my travels to 16 percent of the world (so says my membership profile) into the rarefied air of travel authority.

While it may seem to some that traveling the world for business might give a reviewer a distinct advantage, don’t let the fact you have not visited the spice market in Dubai prevent you from speaking your mind. Every voice counts: Had I been warned via just a two-line review that a certain motel in Carlsbad, Calif., had less-than-sparkling rooms, it would have prevented my family from having a lousy mini-vacation.

Advising your fellow man about life’s travel potholes is a social responsibility. Once you answer the Bat Signal, here’s how you can jettison to the top 3 percent of your postal code.

Travelers vary in their tolerance for noise when selecting a hotel room while on the road, for vacation or business. I travel with earplugs and an ample supply of sleep medication, so I am prepared to sleep through small explosions, but that’s not the case of noise-sensitive folk. In those commercials for various hotel booking sites, no one ever mentions whether you are somewhere near an airport runway or across the street from a large truck stop. Or, to ask at the desk for a room not facing a busy street.

In the case of a business trip to Amsterdam, I booked a room at a hotel near the central train station. In my review, which has received a number of “helpful” votes, I was clear to point out the noise issue.

Be forewarned: the hotel is next to the train station so if you don’t relish the sound of trains passing by at all hours, stay somewhere else. Next time, I will.

While we’re at it, nothing wrecks a trip like being robbed. Nothing sucks worse than staying at a brand name hotel that does not have a safe with easy access for guests to store their belongings. It’s something that was important to me and I’m sure most who travel with passports and other valuables. During yet another trip to Amsterdam, I was informed at check-in that there were no in-room guest safes. Of course, first night, I was burglarized and it sparked this review.

The room was OK, but rather dark and the halls were dirty, lined with room service trays that had not been picked up. The worst feature was the lack of an in-room safe which is peculiar given that Amsterdam is a dangerous place in terms of theft of personal property. To that end, we had a carry bag stolen that night while we dined outdoors, and without an in-room safe, we were left to carry our passports on our person forcing us to spend half a day at the US consulate getting new passports ($200 later). We also lost a camera and diabetic supplies.

This piece of advice works for any sort of review but is particularly important when it comes to travel video. I would put photos into two categories: look how cool this is and ugh, how gross. In this first category, I put images such as the one I added to my review of The Beatles tour in Liverpool, which made the day-long adventure come alive, has led to a large number of clicks.

In the ugh, how gross section you can find pictures of dirty hotel carpets, peeling paint, restaurants with various infestations, and pretty much every travel nightmare one can imagine. I tend to stay away from these but they draw a lot of attention on TripAdvisor and all the social networks that snare content from the site.

Be funny, but not too funny

Steve Martin once said that everyone thinks they have a sense of humor, but most of them are wrong. When folks sit down and write reviews for sites such as TripAdvisor, they immediately believe they are joke writers for Jimmy Kimmel. In general that is not the case.

My advice is to add humor in the title of the post and then in bite-sized pieces in the body of the text. For example, in reviewing a hotel in Hamburg that was near the airport, I said:

I won’t be back and encourage anyone looking for a hotel near the Hamburg Airport to look elsewhere. A tent on the tarmac would be a step up.

Not a knee-slapper but a light giggle that added to the theme of bad location, bad service.

Better than my half-hearted attempt at jocularity, one TripAdvisor member used the slug Mime over Matter to describe her stay at a hotel surrounded by would-be Marcel Marceaus. An then there’s the headline No So Great Expectations which led to a scathing piece about a filthy hotel room.

Once you have mastered those major rules, move on to the finer points.

Use your spell-checker and avoid this:

The view from the window was rediculous. It looked out at a concrete slab about two metres away.

This may seem fairly obvious, but some hotels, restaurants, and attractions have made it their business to pay third parties to write glowing reports of their establishment in exchange for a handsome fee. One hotel in England was found to give guests 10 percent off food and drink if they posted an “honest but positive” review on the website.

However, Newton’s Law of TripAdvisor reviews states that for every fake review there is an algorithm waiting in the wings to detect it. If you are going to attempt to pull a fast one on behalf of the owner of a lodging aiming for four stars, here’s what Cornell University’s research discovered as the keys to phony TripAdvisor love letters. Such things as excessive use of superlatives, the use of a narrative to make your points, and the overuse of such pronouns as “I” and “we” are dead giveaways.

By the same token, don’t be someone who threatens to write a bad review if, during your travels, you don’t enjoy freebies as part of your stay. One U.K. restaurant owner claims that out of 1,000 meals he serves each week, 30 customers threaten to slam his place if they are not comped a free dessert or bottle of wine.

I can proudly say my elite status on TripAdvisor is due mostly to following my own advice. That, plus the sheer boredom that comes from what the travel site says is 29,000 miles traversed in the past decade-plus. Those long delays between flights and missed connections are perfect for pumping out creative commentary about the cramped quarters you called a hotel room last night.