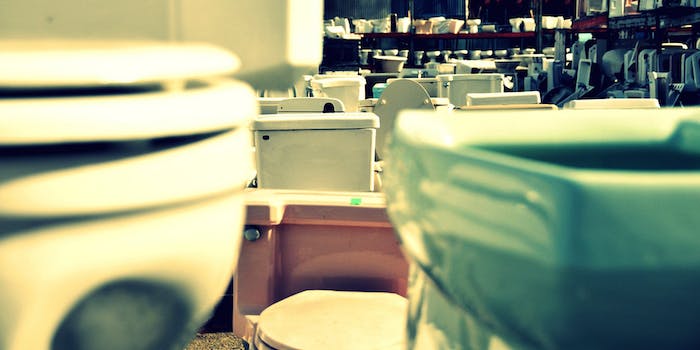 This subreddit loves to dump advice and knowledge on you.

Finally, there is a place on Reddit where the stories, advice, and comments are all shit.

Close to 5,000 redditors flock daily to r/shittingadvice, a community dedicated exclusively to exchanging tips and suggestions on everything related to bowel movements. Subscribers aren’t looking to flush the subreddit with insults and toilet humor, but rather offer serious advice to those in need.

The community makes sure to stress that it is not filled with professionals and thus should not be a substitute for actual medical advice. Nevertheless, it serves as a collective go-to for all sorts of crappy problems people may have while on the throne.

For example, when a 14-year-old boy shared his sudden uncontrollable urge to defecate at all hours of the day, several community members suggested that he may be experiencing the onset of something bigger.

“Same thing happened to me when I was around your age. I developed lactose intolerance. Try cutting out dairy completely for a while to see if that helps. It might take you a few days to adjust,” redditor yursnhere suggested.

Other threads offer interesting pieces of information or trivia. For example, did you know that eating oatmeal will reduce blockages? Or that a vegetable-intensive diet can reduce the unpleasantness of your flatulence?

Still others use the site simply to sing the praises of one of life’s simplest pleasures: taking a dump. Redditor awfulgrace detailed—yes, detailed—his newfound love of “squatting” after using a train’s restroom.

“First thing I did (after wiping and washing my hands) was text my wife and tell her of my amazing experience (she was not impressed),” awfulgrace said.

Purplebutt, an appropriately-named member of r/shittingadvice, shared her opinion of some common misconceptions in the community. One of them is the popula—and inaccurate—opinion that “fiber and water is the cure for anything.”

“If you pass out on the pot it’s not because you didn’t get enough fiber,” Purplebutt told the Daily Dot. “It’s because you’re sick. Go to a doctor.”

For her, the community’s most memorable—and hilarious—moment to date was when “a guy posted a picture of his asshole.”

Maybe the next time you sit down and need some quality reading material, you can load up on r/shittingadvice.