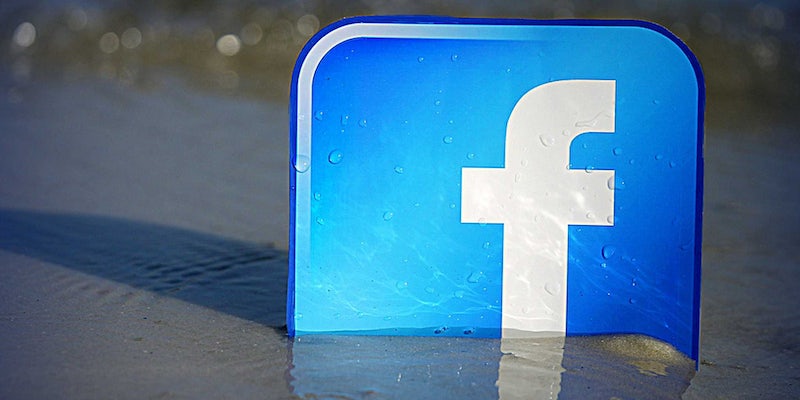 The popular kids never talk politics. At least, that’s the takeaway from a recent study of Facebook trends by a trio of researchers from University of Michigan and Howard University.

Entitled ‟The more friends, the less political talk? Predictors of Facebook discussions among college students” and published in the journal Cyberpsychology, Behavior, and Social Networking, the study looked at 442 U.S. college students enrolled at a large midwestern university and examined how the size of someone’s Facebook friends list affected how often they posted about potentially controversial topics like politics and gay rights.

The study found that, the more connections someone had on Facebook, the less likely they were to write status updates and share links relating to those subjects.

Referencing prior research on the topic, the authors noted that, ‟members of a large group are less likely to participate in political conversations since a large group typically consists of individuals with diverse political orientations. People are reluctant to disclose their true views about social issues when they think they are in the minority or when they are unsure whether they are in the majority.”

The inclination to avoid posting about contentious issues on Facebook is felt more strongly for certain groups of people than for others. For example, the study found that respondents who said they were politically conservative or deeply religious were far less likely to make any posts about LGBT issues than liberals and people without strongly held religious beliefs. ‟It is possible religious and conservative students do not feel comfortable sharing their candid opinions about gay rights issues when perceiving that the dominant opinion climate among college students supports gay rights issues,” the study’s authors speculated.

Additionally, female students made fewer posts about politics on Facebook than did their male peers.

While having a larger group of friends could be as a way to facilitate productive discussions because it could bring in a broader set of experiences and viewpoints, conflict avoidance and self-censorship appears to be a stronger motivator. As the size of a person’s Facebook friend group grows, they lose the ability to safely assume a homogeneity of political viewpoints among their followers—meaning there’s no guarantee their comment will be dropped into a positive echo chamber of near-universal support. ‟Since users’ desires to be seen in a favorable light has been identified as one of the most fundamental motivations of using Facebook… the number of Facebook friends is negatively associated with [these sorts of] Facebook discussions,” explained the study’s authors.

Interestingly, the amount of time someone spent on Facebook had no significant effect on their posting habits.

While a wide-ranging social network may dissuade young people from talking about politics, it’s not the case that it actually steers them away from getting involved in political issues. In another study, researchers found ‟a strong, positive relationship between social media use and political engagement among young people across [Australia, the United States and the United Kingdom].”


Photo by mkhmarketing/flickr (CC by 2.0)