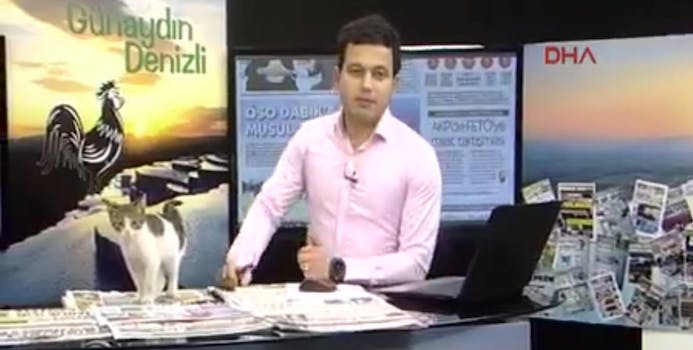 If you’ve ever tried to work from home with a cat, you know how distracting the pets can be: rubbing against your feet, hopping into your lap at unexpected times, or climbing onto your keyboard.

So you have to respect how the host for the Turkish show Good Morning Denizli, Kudret Çelebioğlu, kept his composure when he was suddenly surprised by a stray kitten live on the air.

The best part? Daily Sabah claims the cat was adopted by someone on staff at Good Morning Denizli. His new name is “Hüsnü.”