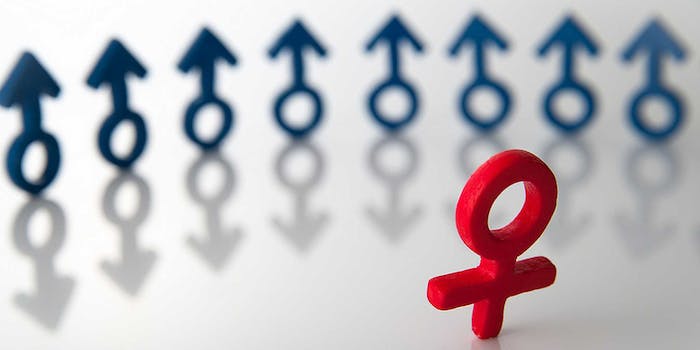 Female academics are making a concerted effort to contribute to Wikipedia this fall.

Wikipedia has always had a problem with women. Earlier this year, only a dismal 9 percent of the site’s editors were female—a disparity that many blame for the poor representation of notable female figures and feminist issues on the site.

The numbers are so bad that a concerted effort has emerged to counteract this trend. FemTechNet, an organization of feminist scholars, writers and students, has organized a project called “Storm Wikipedia,” scheduled to launch this fall. They want to encourage feminists around the globe to get on Wikipedia and start adding notable women and their accomplishments to the site.

“Wikipedia is the largest reference work the world has ever created,” writes Adrianne Wadewitz, a postdoctoral fellow at Occidental College and a member of FemTechNet. “It is the sixth-largest website in the world. It is the most visited reference work on the Internet. It is available in over 285 languages. If you want to affect how the world understands a particular topic, you must edit Wikipedia.”

That’s why Wadewitz and her FemTechNet colleagues want to enhance the feminist presence on Wikipedia. Although many of the site’s male editors act in good faith to represent all groups equally, scholars who’ve studied the site say its hard to be completely fair when there is a fundamental imbalance among those editing the site. And even though the U.S. fares slightly better than other western nations, there’s still a 17:3 male to female gender ratio on the site among American editors.

The deficiency in the quality of Wikipedia content related to women is inextricably linked to a shortage of female scholarship on the site, the organizers of Storm Wikipedia argue. One of the group’s primary goals will be to increase awareness of women’s contributions to science and technology. Students will be given lists of feminist topics and female figures to write about at mass editing sessions throughout the fall.

Although these events will certainly enhance a number of entries on the site, it will take a lot longer to undo the institutional gender imbalance that seems coded into the site’s DNA.

Stierch and others say Wikipedia has always been friendlier to male users than female users, with its complicated interface and combative editorial debates, which can be off-putting to women. Efforts have been made to make the site friendlier to all newcomers—not just women—but efforts like the adopt-an-editor and teahouse programs have not been the game changers for which administrators hoped.

“I wish we had solved the problem, but we didn’t,” Sue Gardner, the departing executive director of the Wikimedia Foundation, recently said of the site’s gender problem at the Wikimania conference in Hong Kong.

That’s not to say that a shift in the site’s demographics is impossible to achieve. A recent study of Wikipedia’s political demographics found that over the past decade, the site gravitated away from its initial liberal bias to a more politically neutral point of view as more conservatives joined the site. However, this change had less to do with internal changes at Wikipedia and more to do with the growing availability of high speed internet.