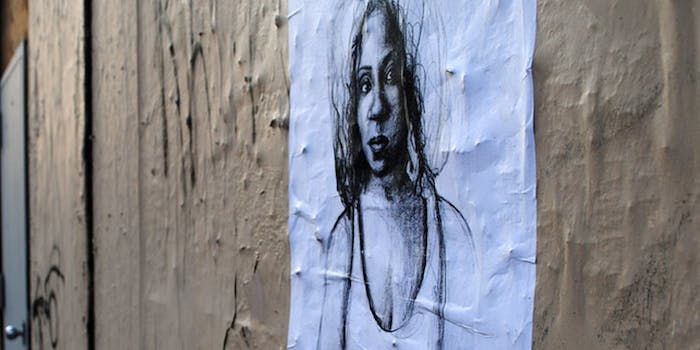 Every woman’s heard it at least once: Why don’t you smile more? This has become a part of everyday street harassment, and some commenters are under the assumption that it’s a woman’s job to be outwardly cheerful at all times. If she’s not, there must be something wrong. This idea was even spoofed a few months ago.

Many women ignore these comments, though in our heads, we have a catalog of responses. What if we said what we really thought?

Tatyana Fazlalizadeh explored the idea earlier this year with a public art project, called Stop Telling Women to Smile. She wheat-pasted posters around Brooklyn, which featured images of real women she’d sketched, who’d experienced street harassment. She added text that illuminated what women often don’t say back to their harassers: “My outfit is not an invitation,” “My name is not baby,” “Women are not outside for your entertainment.”

In an interview with Fast Company, she explained there has been some enlightenment as a result of the project:

“I have noticed a lot of reactions from men who didn’t know what street harassment is, or that some things they’ve said or done to women outdoors is perceived as street harassment. There has been some learning.” 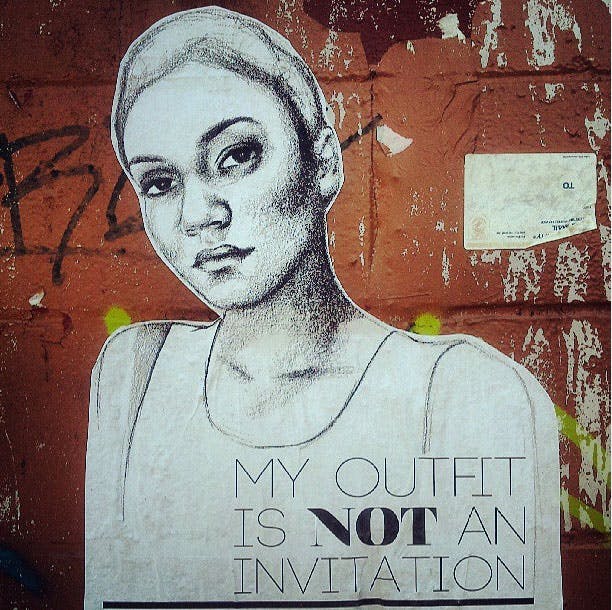 She’s now taking that idea countrywide, with the help of Kickstarter. Fazlalizadeh has already reached her proposed goal of $15,000, which will help with travel expenses, documentation, and poster materials. She says the idea is to get a clearer sense of the geography of street harassment; to see first-hand how women in Baltimore, Kansas City, Miami, and five other U.S. cities react:

And most importantly, what do the women who experience street harassment around the country want to say back to the harassers in these posters?”

She’ll be working in conjunction with anti-street harassment activists Stop Street Harassment and Hollaback, and hopes to take the project international in 2014. Funding ends Oct. 3.