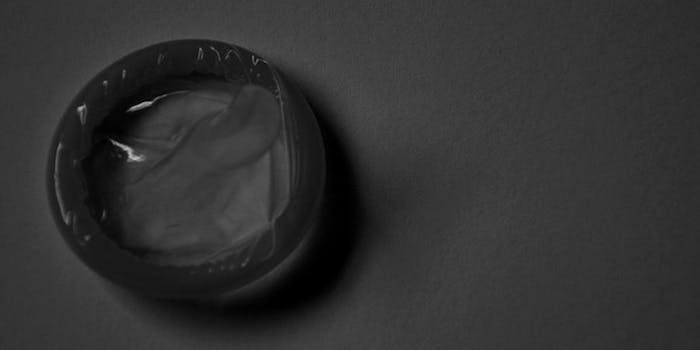 Teens are developing a color-changing condom that detects STIs

For decades, people have been trying to build better condoms, from Bill Gates’ super-thin next-generation rubber to this jaunty lil’ penis chapeau. (Let’s not even talk about this full-pelvis jockstrap that’s basically a recipe for vulva rugburn.) But we’ve yet to develop a next-generation condom that can actually convince teenage boys to strap them on.

Now, however, there’s a contender on the horizon: a condom that makes your junk turn crazy-cool colors.

That’s the premise behind this magic condom created by 14-year-old Daanyaal Ali, 13-year-old Muaz Nawaz, and 14-year-old Chirag Shah, three enterprising teens who debuted their creation at the TeenTech Awards in London. Called the S.T. Eye—hey, they’re scientists, not professional humorists—the condom changes color if it detects sexually transmitted infections, providing some trippy visuals if not some awkward mid-coitus conversations with your partner. 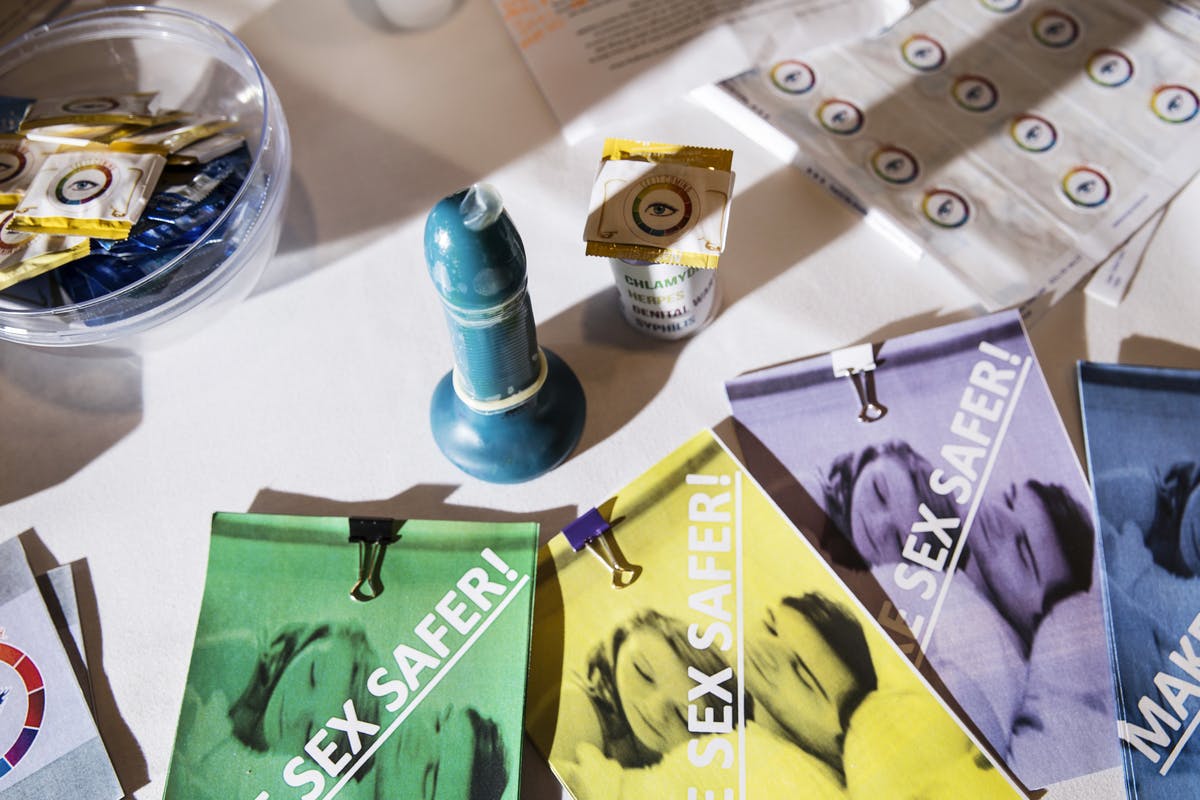 The condom contains a layer of molecules that attach to bacterial indicators of common sexually transmitted infections, like chlamydia, syphilis, or HPV. This causes the molecules of the latex to change color depending on the infection it detects. So, for instance, if your partner has chlamydia, the condom will turn green, while syphilis will make the condom turn blue.

In an interview with the Daily Mail, Ali said his team came up with the concept for the condom as a way to combat soaring global STI rates.

“We wanted to create something that makes detecting harmful STIs safer than ever before, so that people can take immediate action in the privacy of their own homes without the invasive procedures at the doctors,” he said. “We’ve made sure we’re able to give peace of mind to users and make sure people can be even more responsible than ever before.”

But while the color-changing condom is little more than a concept at this point, there are some obvious issues with it. For starters, there’s a great deal of ignorance and stigma associated with STI transmission, despite the fact that nearly 110 million Americans have STIs at any given time. It’s not a huge stretch to think that if someone’s having sex with a new partner for the first time and the condom glows, say, purple, they could freak out about the fact that their partner has HPV without knowing exactly what HPV is, or how incredibly common it is. (More than 50 percent of sexually active people will contract it at some point in their lives.)

Furthermore, the S.T. Eye is apparently designed for the benefit of male-bodied people who take an active role during penetrative sex, as in men who are penetrating women or other men. It’s unclear as to whether the condom detects both the wearer’s and the recipient’s STI statuses, or just the recipient’s. If the latter, that poses some obvious concerns for heterosexual women or gay men who take a passive role during sex.

It’s also worth noting that the S.T. Eye has yet to actually come to fruition; in fact, a TeenTech representative was careful to say in an email to the Daily Dot that the team’s idea was “very much a concept and… not a finalized design.”

All skepticism aside, though, considering the stigma associated with condom use in our society, it’s awesome to see a group of teenage boys trying to make safe sex cool by trying to reimagine the concept behind the traditional barrier method. Especially when most teenage boys are too busy trying to avoid wearing condoms to begin with.