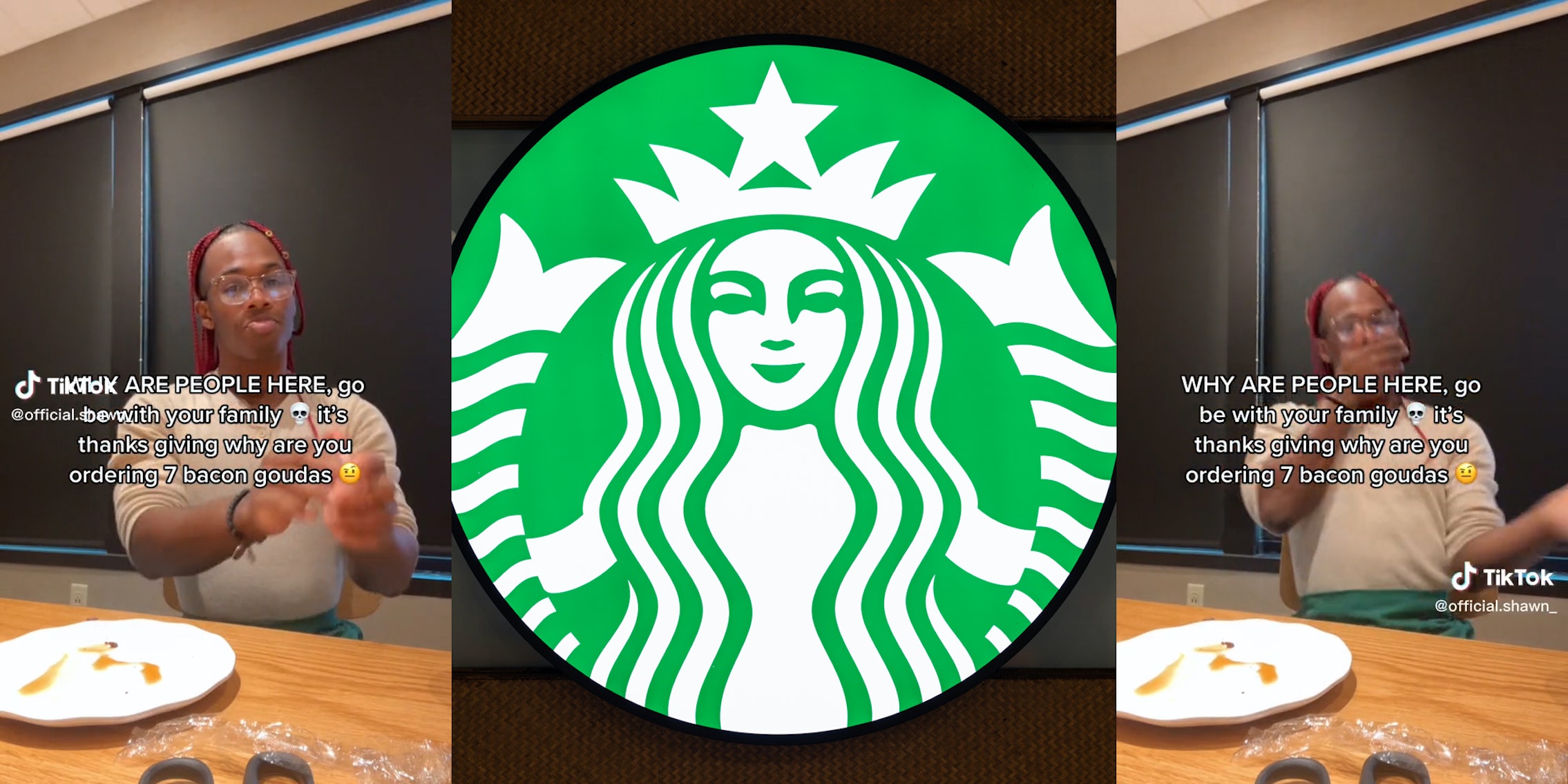 ‘Why are you ordering 7 Bacon Goudas?’: Starbucks worker mocks customers who come in on holidays, sparking debate

'Not everyone celebrates thanksgiving, has family, likes that kind of food, has any other option.'

The holidays always bring their own special brand of discourse, and this Thanksgiving it involves Starbucks etiquette. Namely, is it OK to order a bunch of fast food on Thanksgiving?

TikToker @official.shawn_ went viral this weekend after mocking Starbucks customers for ordering sandwiches on Thanksgiving. “WHY ARE PEOPLE HERE,” reads the TikTok text. “Go be with your family, it’s thanks giving why are you ordering 7 bacon goudas.”

Viewed nearly 250,000 times over the weekend, this TikTok was surprisingly divisive, with a lot of commenters criticizing @official.shawn_ for making fun of Thanksgiving day customers.

The most common argument involved commenters pointing out that some people don’t celebrate Thanksgiving, or aren’t able to share a big family meal.

“Not everyone celebrates thanksgiving, has family, likes that kind of food, has any other option,” reads one of the top comments, while many others highlighted the possibility that these Starbucks customers don’t have families, making @official.shawn_’s message seem a little meanspirited.

Another wrote, “Today just a regular day at my house only plus is I don’t got work I’m ordering food lmaooo.”

Meanwhile, some other commenters had a more pragmatic explanation: Thanksgiving dinner isn’t the only meal of the day. “People can’t eat breakfast?” wrote one, and another commenter chimed in, “Bc ppl don’t eat until like 5 lol,” with @official.shawn_ responding: “Lucky they say mine won’t be done till 7.”

Honestly, this is the quintessential TikTok fast-food discourse. Someone logged on to share a personal gripe about their customer service job while having to work during a holiday. But since everyone has opinions on Starbucks and Thanksgiving, this fairly banal complaint quickly became a hot topic for debate.

The Daily Dot has reached out to @official.shawn_ via TikTok comment.