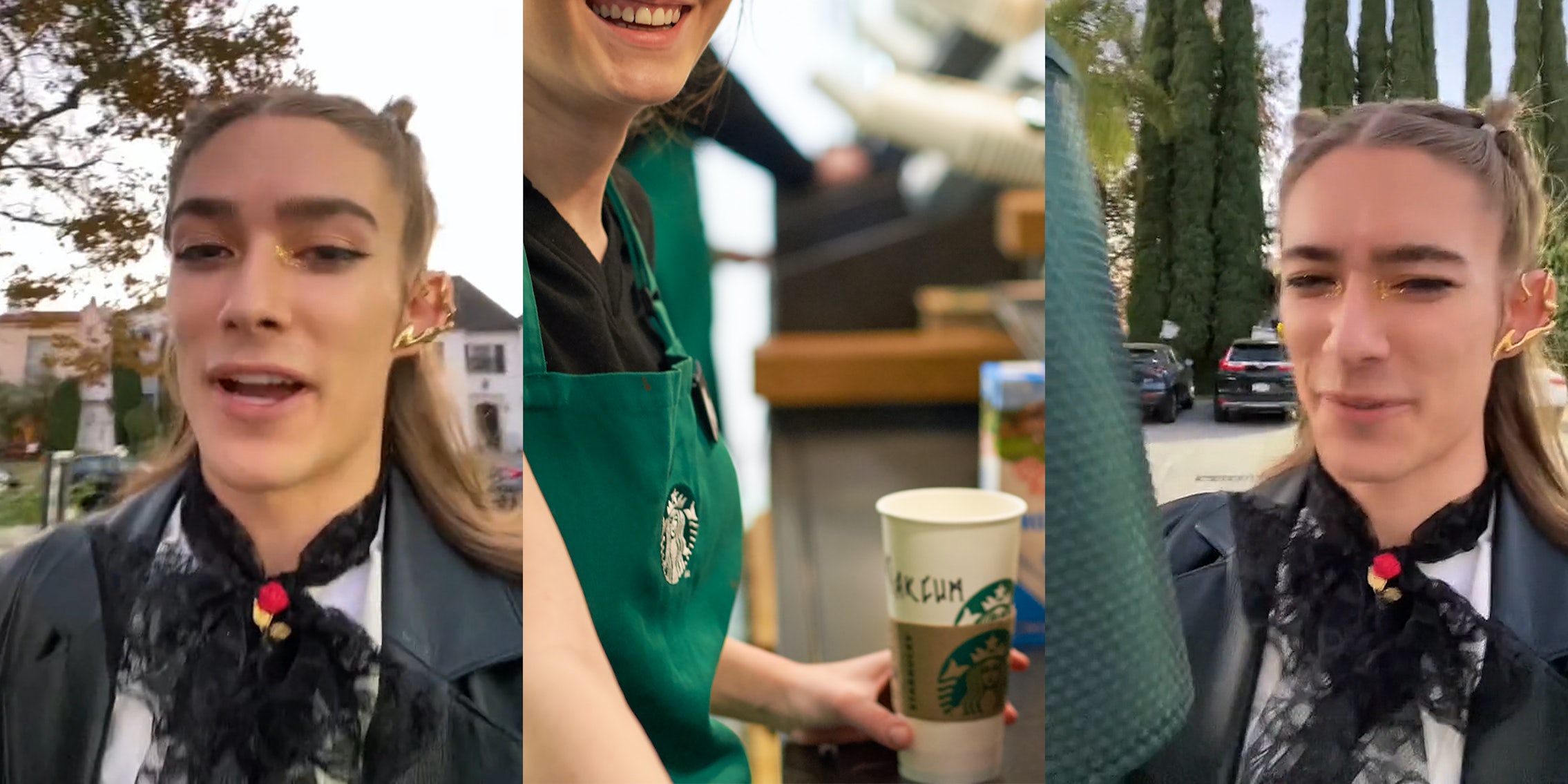 ‘That kinda defeats the entire purpose of the reusable cup’: Starbucks barista throws away plastic cup after customer brought his own reusable cup

'Part of my soul dies when they do that.'

TikToker Kaspian (@theekingkaspian) went viral after pointing out the senselessness of purchasing a reusable cup from Starbucks. He claims an employee at the coffee franchise first measured out his beverage in a disposable venti sized-cup first, then poured the contents of that into his reusable one, and tossed out the other.

“I’m like, that kind of defeats the entire purpose of the reusable cup?” Kaspian says in the short clip.

Starbucks may pride itself on various sustainability initiatives, like ethically sourcing its coffee and working towards creating “greener” product containers. However, because its cups have a polyethylene coating, that means recycling them is not a possibility, according to SERC Online: “The plastic coating keeps liquids from leaking out of the cup, but it also prevents you from tossing it in the recycling bin.”

The brand has been testing fully compostable and recyclable cups. Still, it doesn’t seem like these items have been put into major circulation across all of the brand’s franchises yet. And while implementing a change like that may not seem like such a big deal, there are several factors to consider when it comes to enjoying a hot beverage: if compostable cups aren’t able to keep a beverage warm, or prevent liquid within it from seeping out after a while, it might hinder the customer experience, especially because compostable cups have been known to do just that.

However, Kaspian’s story isn’t about all of Starbucks’ environmental initiatives, but rather why an employee wasted a disposable cup just to pour a beverage into the TikToker’s reusable one. Several viewers claiming to be Starbucks baristas chimed in to comment, stating why this could be the case.

“I was a Sbux barista! We do that when the shakers are dirty and didn’t have time to clean them,” a user explained. “The cup itself helps us w/ the measurements.”

Others said the size of his reusable cup might be the culprit as it may have not fit beneath the coffee machine.

“Tbf as a barista I did this a few times just low brain power moments especially when the cup doesn’t fit under the machine,” they wrote.

Another user shared, “As a Starbucks barista please we are fighting for our lives leave us alone.”

Some users claimed it was a necessary move to ensure that the drink was made properly.

“We have to do that if you want your drink made right,” a user wrote. “That’s why I prefer the clear cups with lines on them so we can ensure your drink is made right.”

The Daily Dot has reached out to Kaspian and Starbucks via email for further comment.