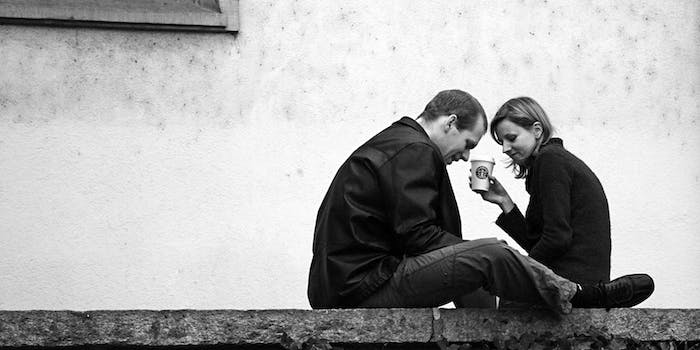 Your first date will probably be at a Starbucks

According to new data from the dating app Clover, couples prefer baristas over beers.

Mobile dating app Clover launched an on-demand dating service back in November and it recently crunched the numbers to see where people are meeting up for first dates. The answer, overwhelmingly, was Starbucks.

Instead of swapping stories about college and childhood over pitchers of beer, pairs preferred to meet over caramel macchiatos, according to data from an estimated 200,000 users.

The most surprising stat from Clover’s findings was that men prefer restaurants for first dates, while women prefer coffee shops. 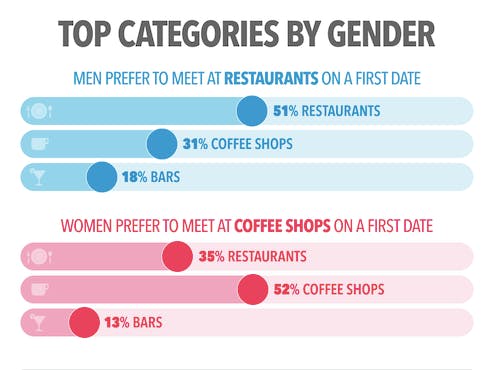 The second most popular spot for a first date? None other than the burrito haven Chipotle. While I find the idea of salsa dripping down my chin while trading pleasantries repulsive, others are obviously not quite so bothered. 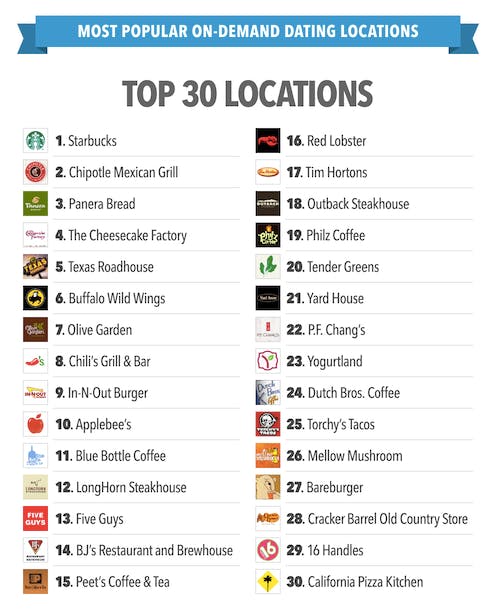 You might be somewhat perturbed by these findings, but on second thought, they’re not so far-fetched. After all, Starbucks weddings are a thing these days.