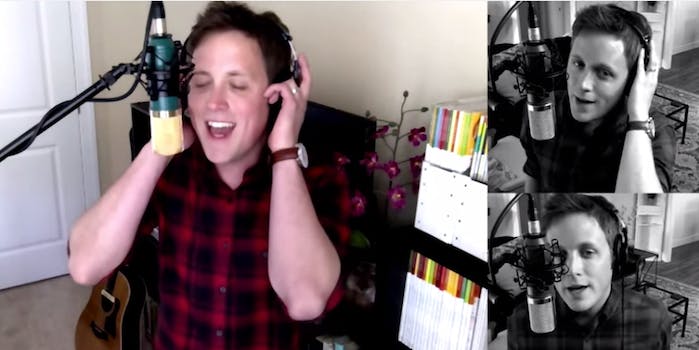 Oh, say can you sob?

You know how the tones of the “Star-Spangled Banner” can fill you with a sort of civic pride? Well it’s not by accident—the emotion is driven by the musical key.

“Pieces of music can usually be described as either major or minor. Typically songs in minor keys sound sad or serious, while songs in major keys sound happy,” Chase Holfelder explains.

Holfelder, a singer and songwriter, posted a YouTube video singing The Star-Spangled Banner in a minor key to illustrate how the key change makes a difference in the song’s tone.

Instead of the jubilant, almost militantly strident tone of the national anthem as it is normally played, Holfelder’s version is far more subdued.

If you want to see more examples of how key shifts can totally change the mood of a song, there’s more on YouTube. Check out this much more depressing version of No Doubt’s already-depressing “Don’t Speak.”