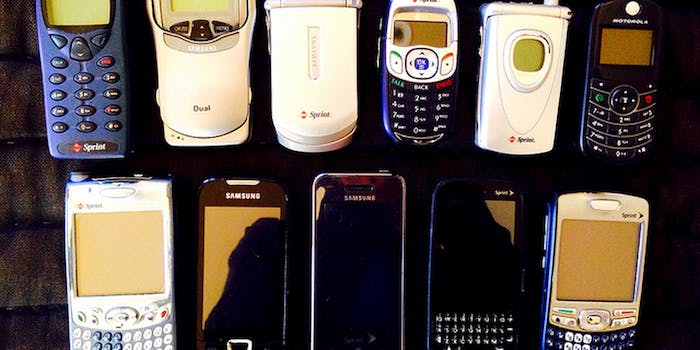 This kid’s new phone came with the sexts already loaded

This was not the phone add-on one dad expected.

A Los Angeles father is suing Sprint and Nextel of California because the phone he bought for his son two years ago contained nude images of the employees at the store where he purchased the device.

Arsen Garibyan filed the lawsuit in Los Angeles Superior Court earlier this week because when he brought home the phone he bought for his son, the boy found many “full-body naked as well as genital-focused graphic pictures and videos” pictures of Sprint sales representatives at the store on Lake Avenue in Pasadena. Garibyan also alleges that he bought the phones in October 2011 thinking they were new, and they were even in new boxes and packages, but clearly the phones had been used.

“After a few minutes, he started asking, ‘Daddy, what is this?’” the suit states. “When Mr. Garibyan looked at the telephone in (his son’s) hand, to his shock, horror and disgust, he was looking at pornographic photos and videos contained on one of the newly purchased phones.”

To their credit, Sprint did not deny the incident in an email to KNX 1070 Newsradio.

“This incident occurred at a retail store in Pasadena that was selling Sprint products. Sprint does not condone this behavior,” a rep wrote. “The sales representatives allegedly implicated were NOT Sprint employees. We terminated our relationship with this dealer shortly after the incident. Our investigation into this matter continues.”

Last year, Sprint also faced a similar lawsuit from a Georgia woman after her 13-year-old daughter found adult and child pornographic images on phones they purchased from a RadioShack in June 2011.

Wipe your phone before giving it to a kid!