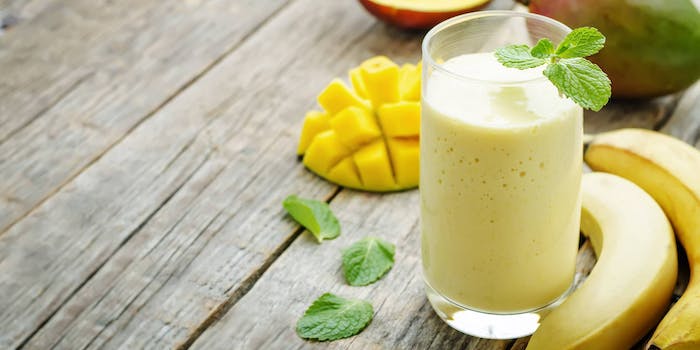 This personal trainer is trying to make ‘sperm smoothies’ a thing

“Sperm smoothie” are not words we’d ever thought we’d write together, but 2016 is a wild year so here we are. Tracy Kiss, a personal trainer, blogger and “topless fundraiser” is extolling the benefits of putting sperm in your morning smoothie.

Kiss claims the sperm, which is “donated” by a friend, provides protein and immunity to illness. “It can taste really good—depending on what my friend has been eating. My other mates think I’m strange, but I don’t give a toss,” she told the Sun. She also uses semen for facials, as she explains in this year-old YouTube video.

Though Kiss claims the health benefits of semen have been proven, science might still be undecided. The Columbia University health department says you’d have to swallow “gallons of semen” to get any significant protein. UC-Santa Barbara says one cup (approximately 70 ejaculates) of semen would have 12 grams of protein, and 710mg of sodium. Kiss uses about a spoonful in her smoothies.

If you’re interested in cooking with semen, you can do far more than just smoothies. There’s a whole cookbook of semen recipes, including one that’s just jacking off onto some raw oysters. Anyway, Kiss is also vegan, so let’s all argue about whether semen constitutes an animal product.